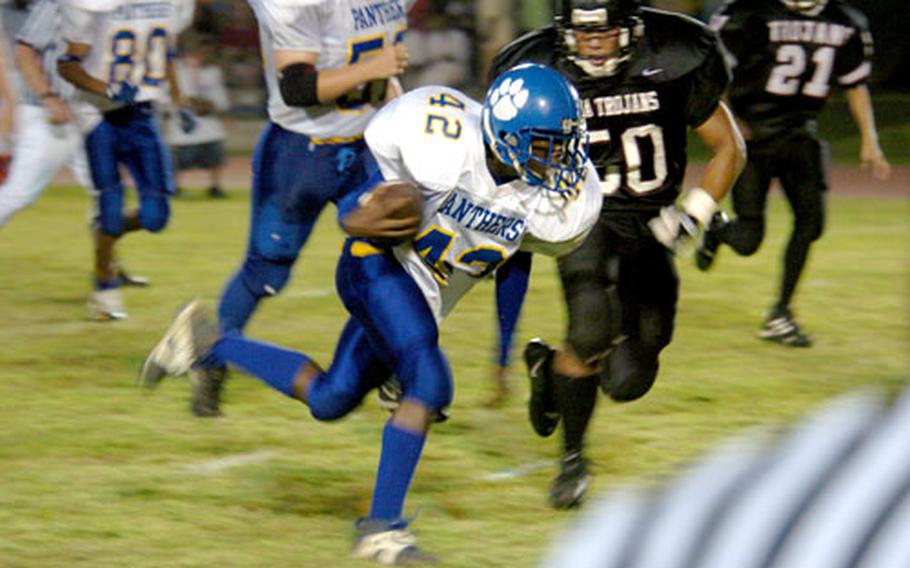 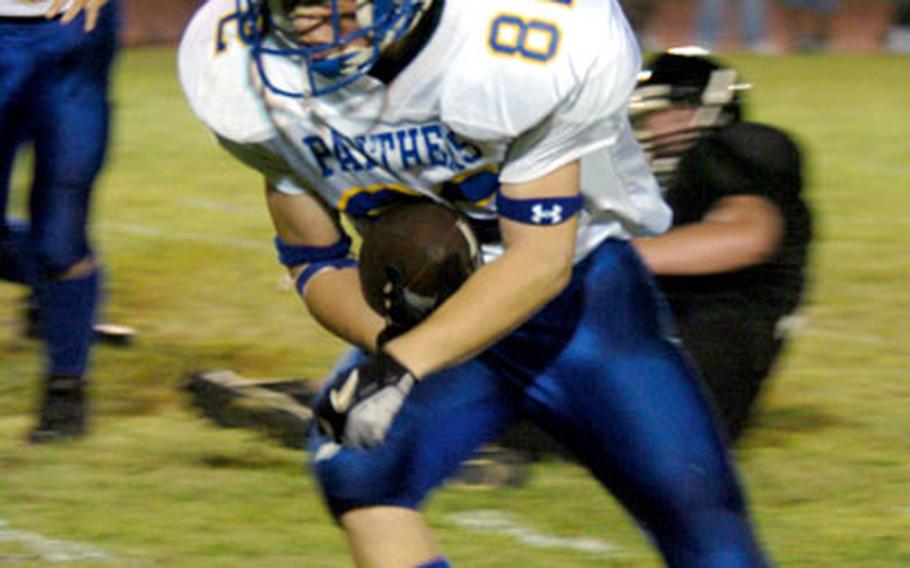 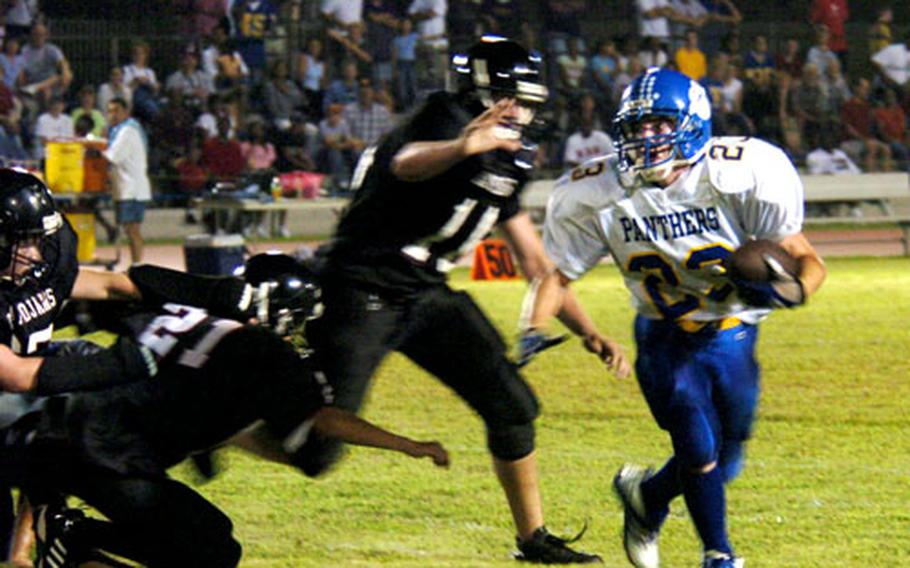 Sporting new faces throughout the lineup, the Panthers and Zama American Trojans played a scoreless first quarter Friday before Yokota scored 35 points in the second and rolled to a 49-0 victory.

Yokota has not lost a game on the field since the 2000 season, a span of 49 games, but was forced to forfeit two games in 2002 for using an ineligible player.

Meanwhile, Nile C. Kinnick outlasted Robert D. Edgren for a 14-6 road victory at Misawa Air Base. On Guam, the scheduled season opener pitting Father Duenas Memorial against Guam High at Andersen Air Force Base was pushed back to Saturday due to unplayable conditions caused by Typhoon Nabi two days before.

Yokota 49, Zama American 0: At Yokota Air Base, Japan, a combination of offensive balance and tenacious defense made the six-time defending Japan Football League and Kanto Plain Association of Secondary Schools champions look like their old selves on a balmy, clear night at Bonk Field.

&#8220;Things really clicked&#8221; in the second quarter, coach Tim Pujol said. &#8220;We had a nice combination of running and passing. We were able to do some nice things with the passing game. There was good balance there.&#8221;

The Panthers defense, which intercepted four Zama passes, &#8220;played great,&#8221; Pujol said. &#8220;Defense has been a constant for us and we pitched a shutout and took the ball away a few times. No points in the first quarter but the defense kept giving us chances, playing their responsibilities well and did a good job of covering.&#8221;

Yokota&#8217;s other five touchdowns came on the ground, led by diminutive tailback Anthony McNeill, who ran nine times for 99 yards and a 12-yard scoring run.

Monahan also picked off a pass, as did Andreas Cabral, Ricks and Jim Scott on the game&#8217;s final play, just missing a touchdown as he rambled 40 yards on the return.

Though the Trojans were overwhelmed on the scoreboard, first-year coach Vic Rivera said the team was &#8220;still undaunted&#8221; and showed him the sort of things he&#8217;d hoped the team would demonstrate entering the season.

&#8220;I feel good about the way we played,&#8221; he said, adding that his players didn&#8217;t drop their heads, act out or throw helmets the way past Trojans teams would in that situation.

Zama still has some things to work on, Rivera said, such as jelling better on offense and improving defensive coverage, particularly in the secondary.

Nile C. Kinnick 14, Robert D. Edgren 6: At Misawa Air Base, Japan, Lorenzo Abernathy snagged a 15-yard touchdown pass from Jeff Galang and added a two-point conversion catch just seconds before halftime to make it 14-0. Those proved to be the game-winning points on a rainy night at Eagles Field.

Edgren broke the shutout with 30 seconds left on a 40-yard pass play from Josh Ray to Lucas Duraccio.