Ramstein aimed to break through against K-town in boys tourney 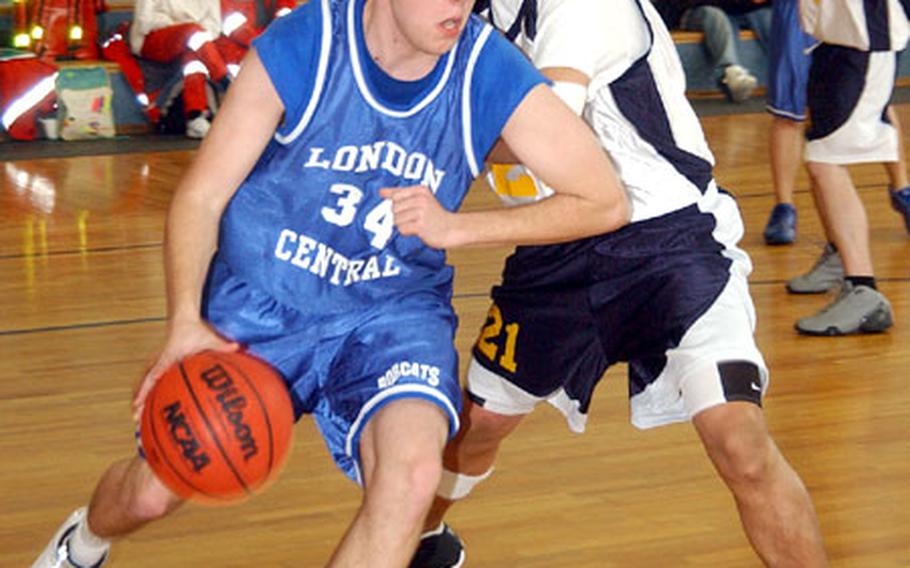 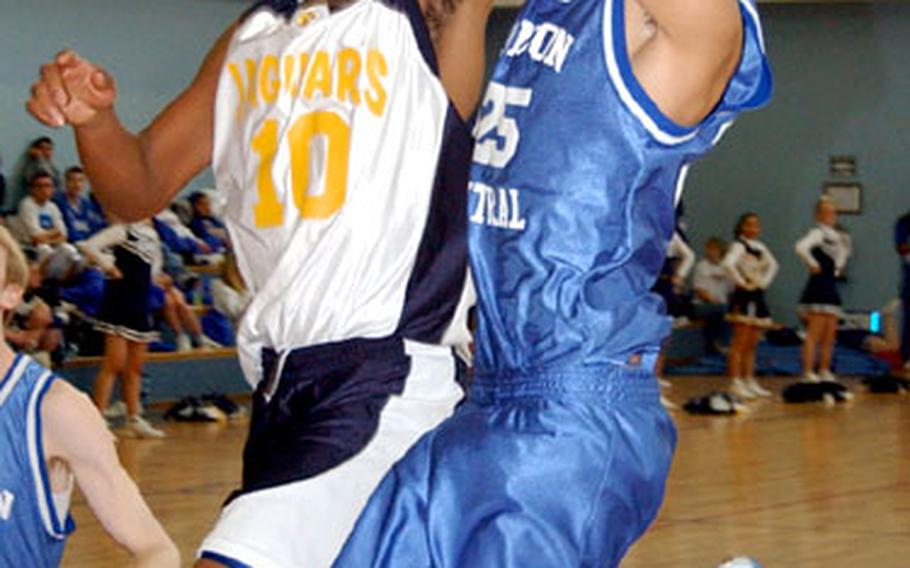 MANNHEIM, Germany &#8212; The Ramstein Royals were hoping the third time would be the charm when they squared off against cross-town rival Kaiserslautern in Thursday night&#8217;s late semifinal game of the boys&#8217; European Division I basketball tournament.

The second-seeded Royals advanced after going 3-0 in pool play, setting up the game against Kaiserslautern, runner-up in the other bracket. K-town has beaten Ramstein on the court twice this season, although the Royals were awarded a victory via forfeiture when an ineligibile player slipped through pregame checks for the second game.

The game was scheduled to tip off at 8 p.m., after this edition of Stars and Stripes went to press. Thursday&#8217;s other semifinal pitted W&#252;rzburg against Wiesbaden.

Wiesbaden tops Lakenheath: Justin King scored 21 points Thursday morning, but it wasn&#8217;t enough to keep the Lancers (1-2) from elimination from the Division I event.

Robert Edwards paced Wiesbaden (2-1) with 12 points as the Warrriors finished second in their bracket and will play W&#252;rzburg (2-0), winner of the other bracket.

Mannheim rallies past BFA: Jamal Womble scored 23 points as third-seeded Mannheim outscored No. 6 Black Forest Academy 17-11 over the game&#8217;s final seven minutes to claim a 44-40 victory that left the Bison at 2-0 at the end of Day 1 in the Division II event. BFA fell to 1-1.