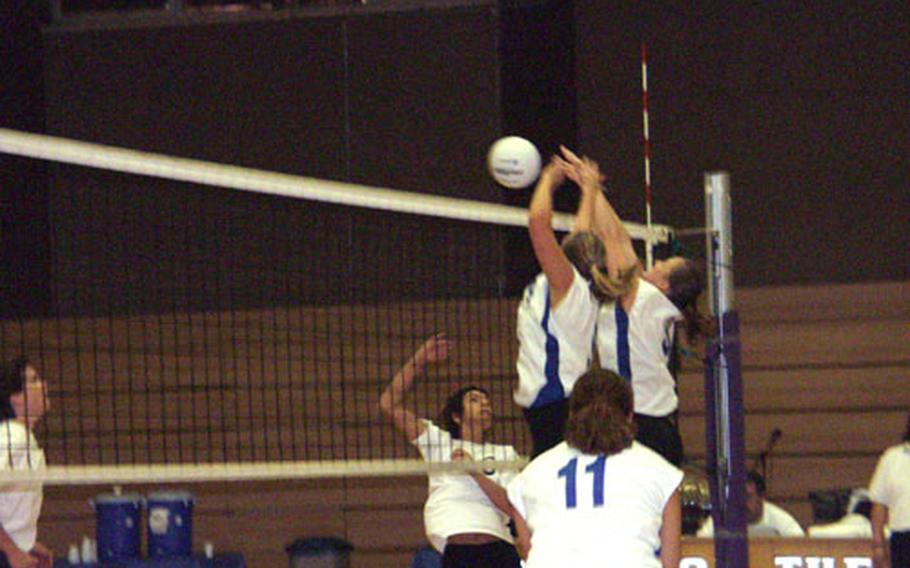 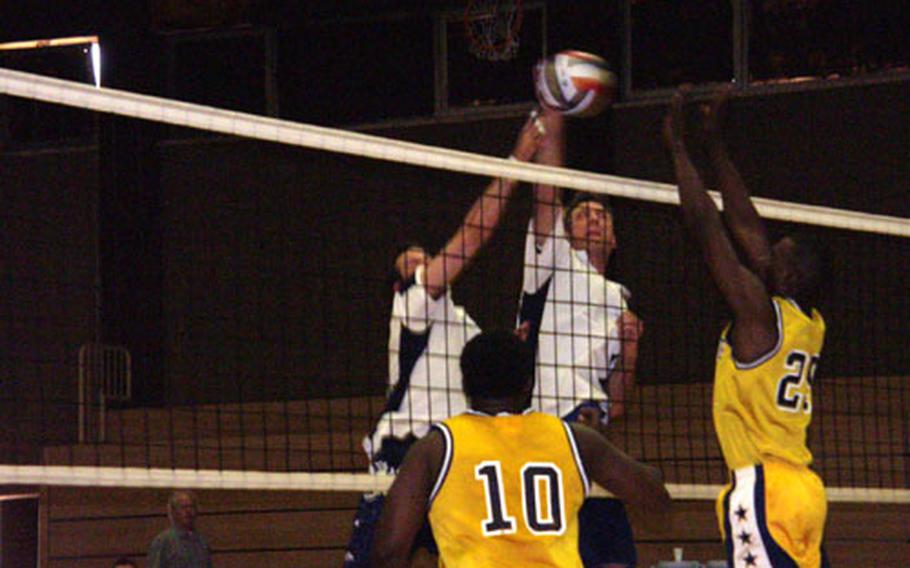 Gilmore, an all-star selection here, cited crisp play and communication as the keys to finishing the job, something Lakenheath didn&#8217;t do in the USAFE tournament.

There was none of that here on Sunday, however.

Ramstein&#8217;s men dominated the net and played solid defense on Sunday, trailing the Generals just twice, only briefly, and both times in the early going. Every time the Generals made a run, Ramstein countered with a run of its own.

Istre didn&#8217;t hesitate when asked whether it helped the Rams to have played the regular season in the Army-Europe&#8217;s Northern Region.

After its straight-sets run through this event, however, Ramstein just might be looking around for a league of its own.