Prep teams back in action this weekend 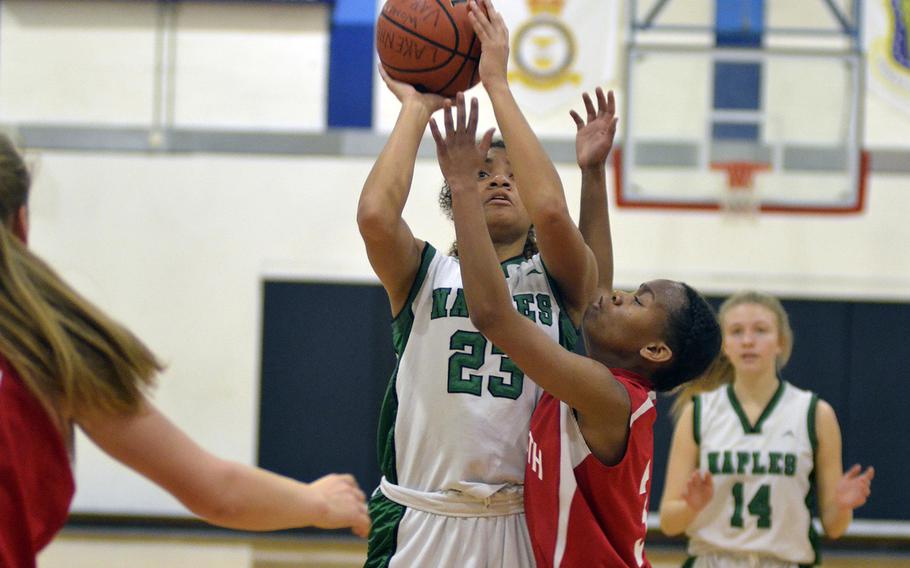 A long holiday break gives way to a bustling schedule of basketball, wrestling and marksmanship this weekend as DODEA-Europe resumes its winter sports season.

This weekend’s action is the first in more than a month, save for a handful of mid-week basketball matchups and non-sanctioned holiday events. Wrestling, marksmanship and most basketball teams have been sidelined since Dec. 9.

But those teams won’t enjoy a soft landing as they resume their seasons. This weekend’s full-fledged schedule drops its participants directly back into the heated regular-season races they left on the other side of the holiday hiatus.

Twenty-two schools will play basketball this weekend at 10 sites across England, Germany, Italy and Netherlands. The slate includes rematches of 2017 European championship games as well as a four-team gathering of Division III opponents.

The defending Division I girls champion Stuttgart Panthers visit Ramstein, who they trounced 36-8 in last year’s title game, on Friday and Saturday. The Panthers spent the holidays stuck on an unusual one-game losing streak, having fallen to Naples to end the 2017 portion of their schedule. The Royals, too, took a loss on the final pre-holiday weekend, playing Lakenheath to a Friday-Saturday doubleheader split.

Naples, having recorded its signature regular-season win, will play an all-Italy schedule down the stretch, starting this weekend at American Overseas School of Rome.

The boys basketball schedule is highlighted by a rematch of the last two Division II championship games. Rota beat Black Forest Academy for the 2016 crown; BFA reversed that decision in 2017.

The Friday and Saturday tips at BFA represent the first divisional games of the season for both squads. Rota was impressive in December with blowout wins over Vicenza and Sigonella, while BFA has scraped to a 1-3 start against all Division I opposition.

In Division III, Brussels hosts small-school foes Alconbury, Ansbach and Sigonella in a preview of the European tournament, set for all three divisions Feb. 21-24 at Wiesbaden.

Wrestling mats will roll out again Saturday at Kaiserslautern, Stuttgart and Vicenza, with 20 schools spread out across the three meets.

This Saturday’s action marks the start of a four-weekend stretch run to the postseason, which includes sectional qualifiers Feb. 10 and the championship meet Feb. 16-17 at Wiesbaden.

Marksmanship, meanwhile, is fast approaching its final meet, the first scheduled championship event of the 2018 DODEA-Europe calendar. This weekend’s schedule is comprised of two postal meets, in which each participating team competes remotely at its home facility and reports its results for compilation. Saturday’s shooting, along with conventional meets on Jan. 20 and 27, will finalize the field for the European championships set for Feb. 3 at Kaiserslautern.