PBA’s Pedersen takes on best of Kadena in bowling challenge 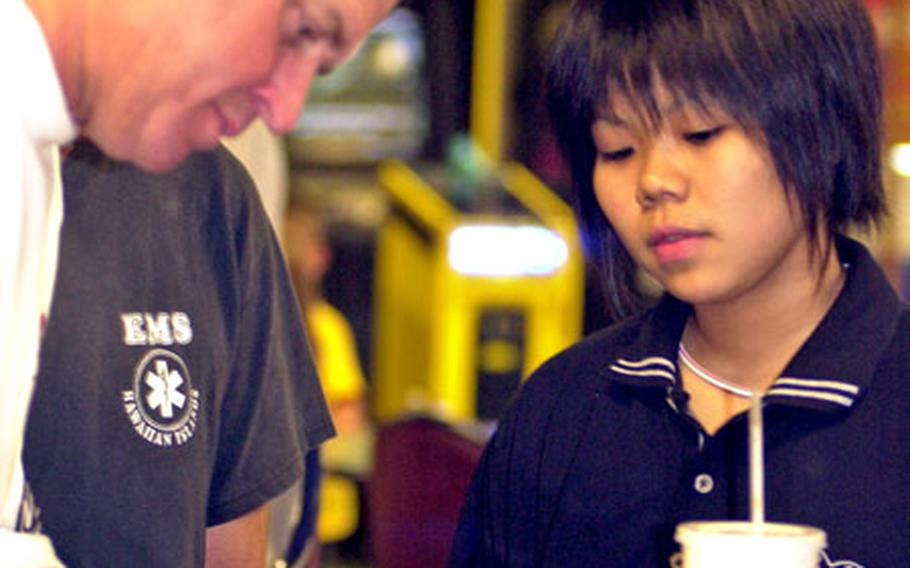 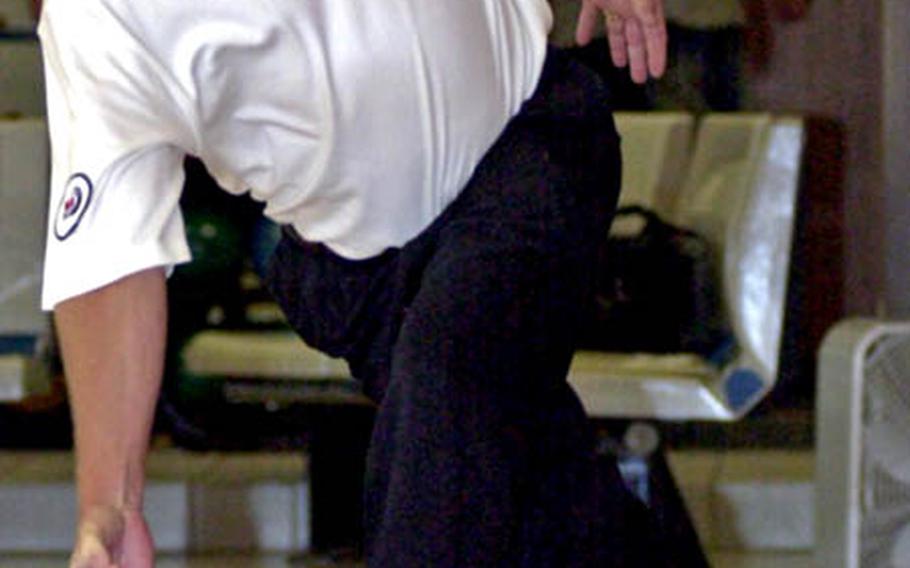 PBA Tour bowler and ESPN analyst Randy Pedersen releases the ball during during Friday’s “Beat the Pro” appearance at Emery Lanes, Kadena Air Base, Okinawa. Pedersen competed against the winner of an elimination bowling tournament among American adults at Kadena. (Dave Ornauer / S&S)

KADENA AIR BASE, Okinawa &#8212; Bowlers of all ages got to enjoy a special appearance Friday by a professional, Randy Pedersen.

One Kadena airman almost beat the pro. Pedersen edged Donnie Benson 201-199 after Benson won a rolloff with Justin Pace to get into the match.

Benson took an early 22-pin lead after Pedersen opened the first two frames, chopping on 1-2-4-6-10 splits. But Pedersen rallied with five straight strikes and hung on after making spares in the ninth and 10th frames. Benson could have won with three strikes in the 10th, but left the 4-pin on his second roll.

He earned a $300 prize for winning the elimination tournament and the right to bowl against Pedersen. Pace won $200 and Rob Sobolewski, who finished third in the tournament, pocketed $150.

&#8220;It&#8217;s a privilege to be here, and the hospitality has been second to none,&#8221; said Pedersen, who began a monthlong tour of bowling facilities throughout Japan with his stop at Kadena.

Pedersen arrived last Monday, and spent the afternoons and evenings conducting instructional clinics to youth and adults at both Emery Lanes and the tiny Skoshi Bowl facility next door.

Most mornings, he spent playing golf &#8212; his other self-declared passion &#8212; with airmen assigned to Kadena.

As they were finishing a hole and walking toward a tee on Wednesday, Pedersen recalled hearing the sound of F-15 Eagle fighter-interceptor jet aircraft flying overhead.

Pedersen has made several visits to U.S. facilities on the Pacific Rim the past three years and calls overseas bases &#8220;almost better than home.&#8221;

Base personnel swung to him, lining up for autographs and crowding around Lanes 25 and 26 to watch the finals of the &#8220;Beat the Pro&#8221; competition as well as an exhibition Pedersen put on with a handful of Japanese teen bowlers from Okinawa City, just outside the base.

Officials with Kadena&#8217;s 18th Services Squadron said they were pleased by Pedersen&#8217;s appearance.