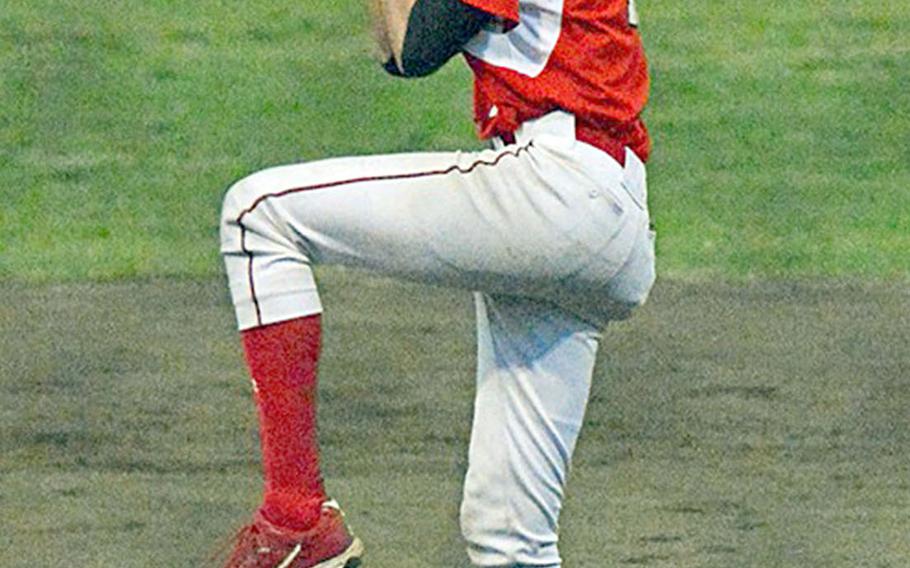 Daniel Ross, a right-hander who posted a career 2.36 ERA and averaged eight strikeouts per game in four seasons at Nile C. Kinnick and just graduated from Millersville University, will now try to take his game to the professional level. Ross, a 2014 Kinnick graduate, was taken in the 39th round of the Major League Baseball draft earlier this month by the Pittsburgh Pirates organization. He posted a 3-2 record with a 3.62 ERA in 12 appearances and five starts in the 2019 season for the Marauders of the NCAA Division II Pennsylvania State Athletic Conference. “It took me a couple of minutes to sink in, but it’s an awesome feeling,” said Ross, who lived in Japan and played baseball locally all his life until leaving for California in summer 2014. “It’s been my dream for a very long time and it finally happened,” Ross said. “But this is only the starting line for all pro players. I just need to keep working hard as I always have been.” In other signing news, one Red Devil who was an integral part of a Kinnick’s boys basketball team reaching two straight Far East Division I finals has signed to play for Shenandoah University in Winchester, Va. He’ll suit up for the Hornets, who play in the NCAA Division III Old Dominion Athletic Conference. Kubasaki graduate Noah Hayes has committed to Chaminade University of Honolulu, where he’ll play soccer for the Silverswords of the NCAA Division II Pacific West Conference. Meanwhile, five Guam High School graduates have committed to take their games to the collegiate level, during the school’s annual signing ceremony the last Friday of May. Two Panthers graduates have signed to play football, Evan Cavenall at NCAA Division II Wayne State College in Nebraska, and Sincere Powell at NAIA Mayville State University in North Dakota. Tyler Phan will attend Bethel University in Indiana, playing soccer for the NAIA Pilots. Brennan King has committed to Erskine University, where she’ll play soccer for the NCAA D-II Flying Fleet. Max Lindfors has committed to play rugby for NCAA Division III Norwich Military College in Vermont.