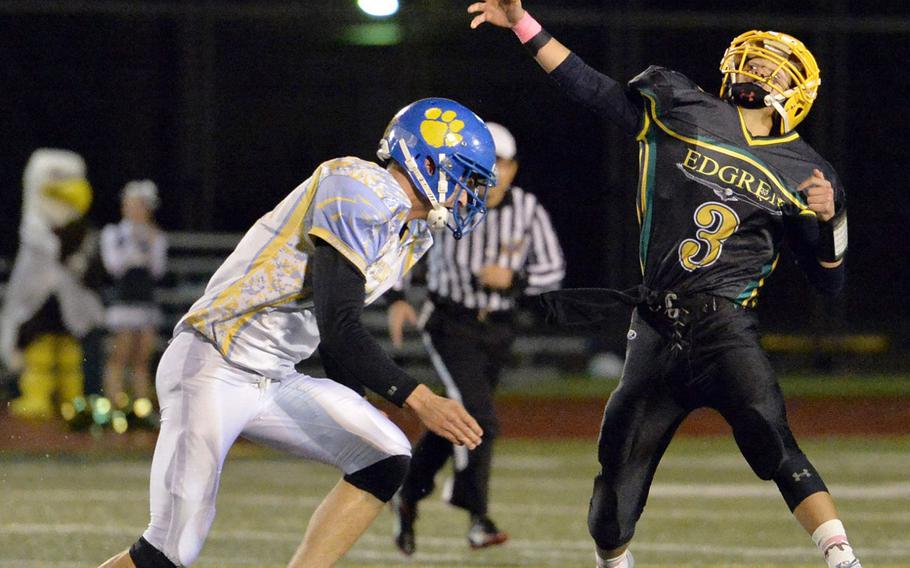 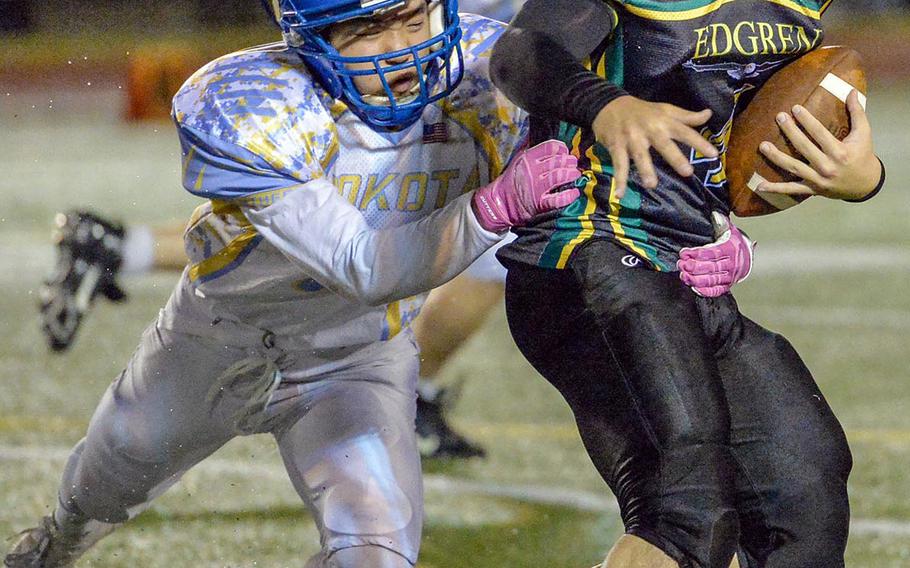 But it’s the defense that has provided the backbone for the Panthers to blank its last two foes, coach Tim Pujol said.

Brody Choate threw for two touchdowns and Ethan Smith and Kura Sato combined to score four times as the Panthers leveled their record at 3-3 with a 33-0 shutout of Robert D. Edgren.

Though no longer eligible for Far East Division II title consideration, the Panthers have played solidly the last two weeks, especially on defense, as they’ve outscored their last two opponents 87-0.

“Eight quarters of scoreless football. We like that,” Pujol said, adding that the Panthers have worked the last three weeks, since a 42-8 loss at Nile C. Kinnick, on all aspects of defense. “We’ve put in a lot of work to get better in all phases of defense and it’s paid off,” Pujol said. “In sports, you usually get what you work on.”

Choate was 8-for-16 for 118 yards and two touchdowns. Sato rushed five times for 119 yards, including TDs of 66 and 17 yards. Smith had five catches for 97 yards and ran eight times for 68 yards, catching TD passes of 19 and 24 yards and rushing 5 yards for a score, and recording eight tackles.

The Panthers finish up their season next Friday at 7 p.m. at Osan, while the Eagles (0-4) visit Daegu at 5 p.m. Saturday. Both games are makeups of games postponed earlier this month by Typhoon Hagibis.