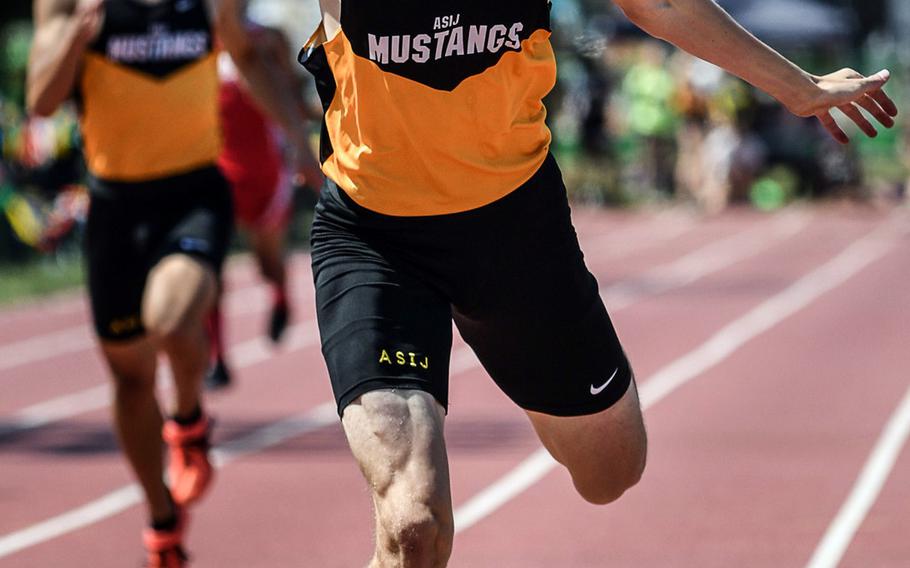 TOKYO -- Britt Sease could have continued playing basketball, which he said he loved. But he decided to give that up after his freshman year to concentrate on cross country and track and field.

Given the outcome of his final three high school years, especially on the track, he feels he made the right choice.

He also led the Mustangs to the boys Division I team title and was named boys D-I Athlete of the Far East meet. As a result of all that, he is the 2017 Stars and Stripes boys track and field Athlete of the Year.

“It’s crazy,” Sease said. “I’m really excited about how things turned out, very happy that the hard work paid off.”

Setting and re-setting those records in the 400 and 800, were the result of a rigorous workout regimen and a consistent diet, which Sease said he stuck to the entire season, however reluctantly.

“That’s probably the hardest thing for me,” Sease said of watching what he puts into his body.

“It takes a lot to hold back on some of the things I like to eat. Like, is this going to hurt me with running?” he said.

Sease said he was consistent in what he consumed the day before meets. “Pesto pasta; I’ve been doing that since the ninth grade,” he said. He might also have baked or roast chicken with rice.

“It’s tough,” Sease said of preparing for meets, week after week. “But I think it paid off in the end.”

“Britt has the admiration of all his track teammates,” ASIJ athletics director Brian Kelley said. “They see he’s an exceptionally talented runner. He’s a great teammate with an ability to motivate others.”

What does Sease hope to leave with those who come after him, as he embarks on a new chapter of running at the University of Arkansas?

“Keep working hard,” he said. “It takes time, but you’ll eventually get there. You have to put in the work, but it will pay off in the end.”