Perry backs combine for seven TDs in rout of Yokota 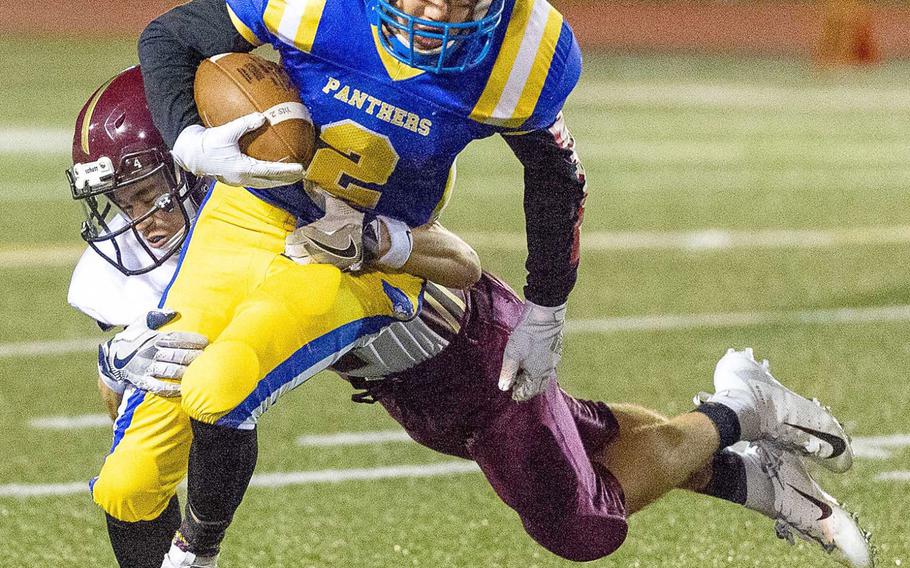 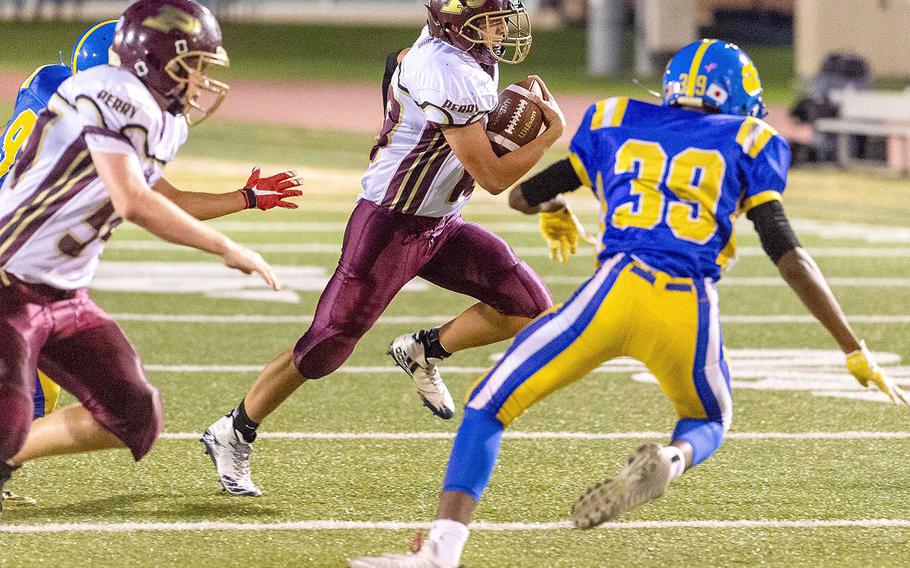 Matthew C. Perry running back Matthew Torrecillas continued his rebound from injuries with four touchdowns and an interception against Yokota. (Jack Higbee/Special to Stripes) 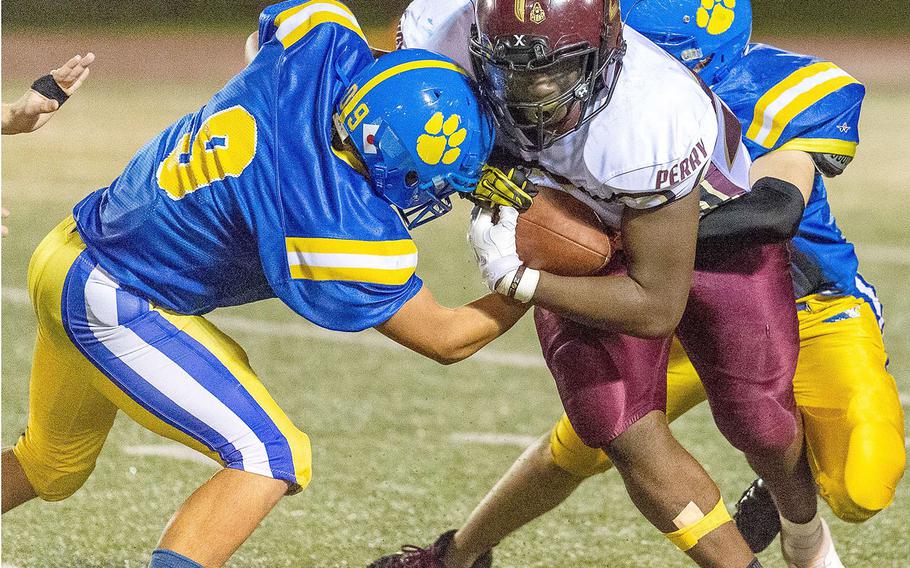 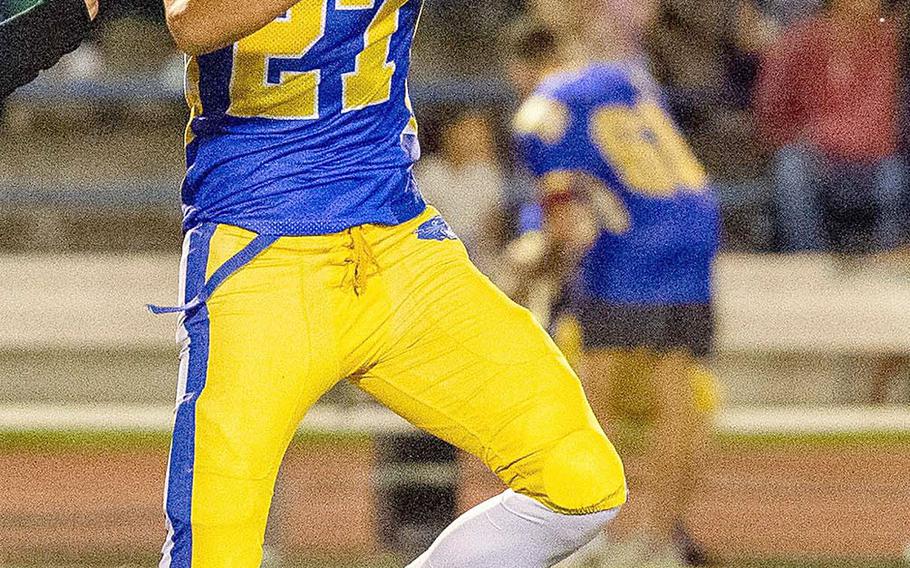 YOKOTA AIR BASE, Japan – Matthew Torrecillas missed most of last season with nagging injuries. He’s more than made up for it in his return this season.

The senior running back rushed for four touchdowns, while his backfield mate Marshall China added three of his own and Vladimir Carabillo scored a pick six as Matthew C. Perry routed Yokota 46-12 Friday at Bonk Field.

“He’s really stepped up,” coach Frank Macias said, adding that Torrecillas, a 6-foot, 165-pounder, “put in some hard work” during summer conditioning workouts. “He’s back, he’s 100 percent and he’s really making a huge difference for us.”

With his four touchdowns, Torrecillas now has six on the season, matching the six scored by China. Torrecillas also intercepted a Yokota pass and finished with 202 yards on 20 carries. China added 115 yards on 23 attempts.

“I’m extremely pleased with our offensive line and their ability to control the line of scrimmage,” Macias said, particularly guards Hunter Staley and Gabe Ratcliffe. “They are playing at a different level right now.”

Since the game ended with a running clock from the halfway mark of the third quarter, China only played 2½ quarters after suffering a slight ankle injury. And the Samurai (2-0) also played without starting wingback Roy Clayton III, who is in concussion protocol after last week’s 33-0 win at Robert D. Edgren.

“It’s hard to key on Marshall” with Torrecillas in the lineup, Macias said, “and when we get Roy back, it will be even harder.”

Carabillo, a 5-foot-10 senior transfer from Naples, capped the scoring with a 60-yard interception-return touchdowns.

“He’s a good addition, who’s really helped improve our skill side of the game,” Macias said of Carabillo, adding that he presents matchup problems for opponents in the passing game. “Last year, we were so short” in the secondary. “He’s nice to have back there.”

The Panthers (0-2) were without starting quarterback Chris Jones, out for the season with a concussion and back injuries.

His replacement, freshman Brody Choate, went 8-for-25 for 127 yards, including a 54-yard touchdown pass to Kura Sato and a 21-yarder to Conner Rowan. Sato had two catches for 60 yards and Rowan caught four passes for 46 yards.

Ethan Smith led the Panthers with 39 yards on nine carries and had 12 tackles. Joey DeGrella and Caleb Jones each added seven tackles.

“We were really banged up and there we sit” with a road trip to Robert D. Edgren next Friday, Panthers coach Tim Pujol said. The Samurai next host Daegu at 7 p.m. next Saturday.