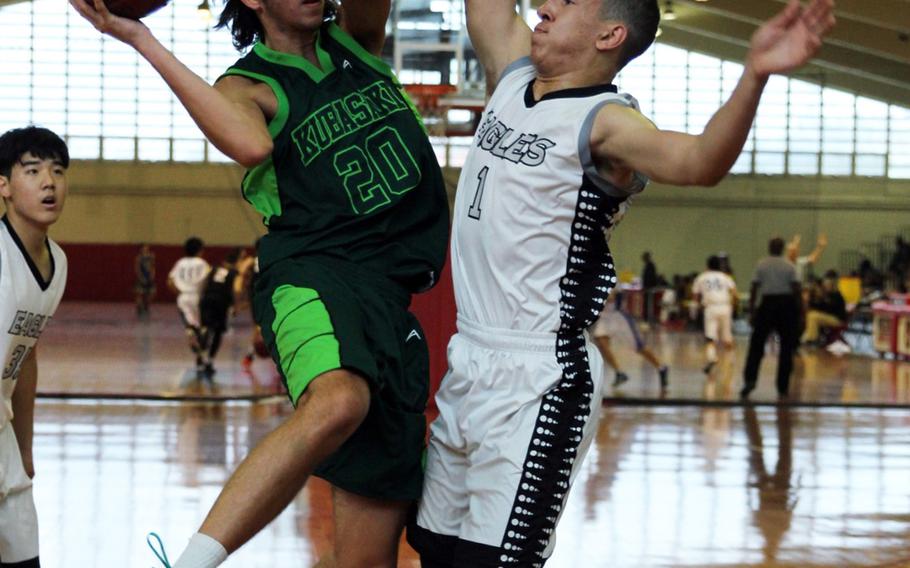 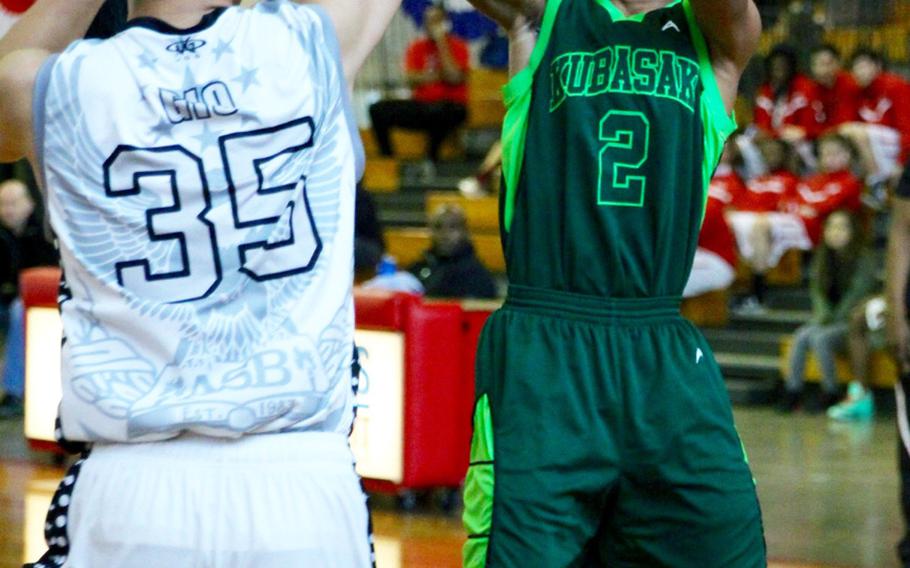 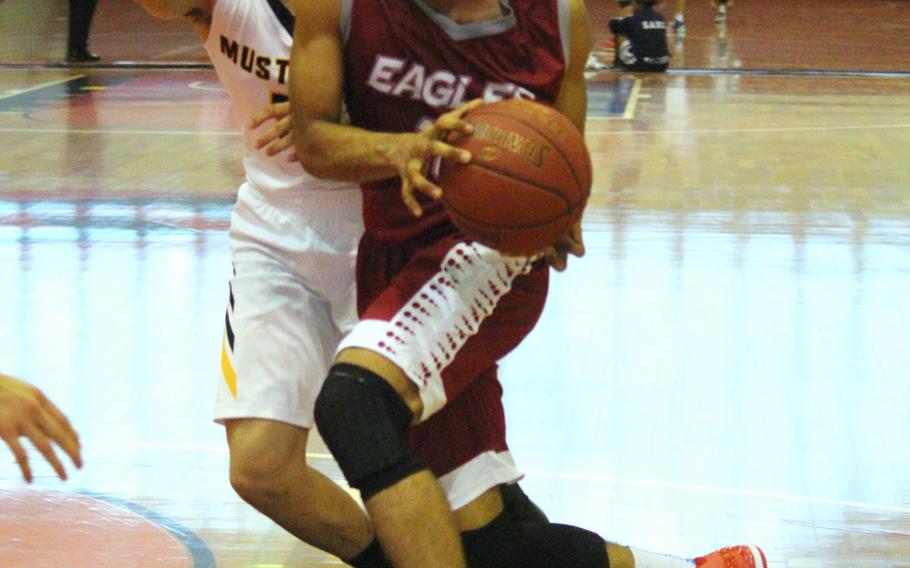 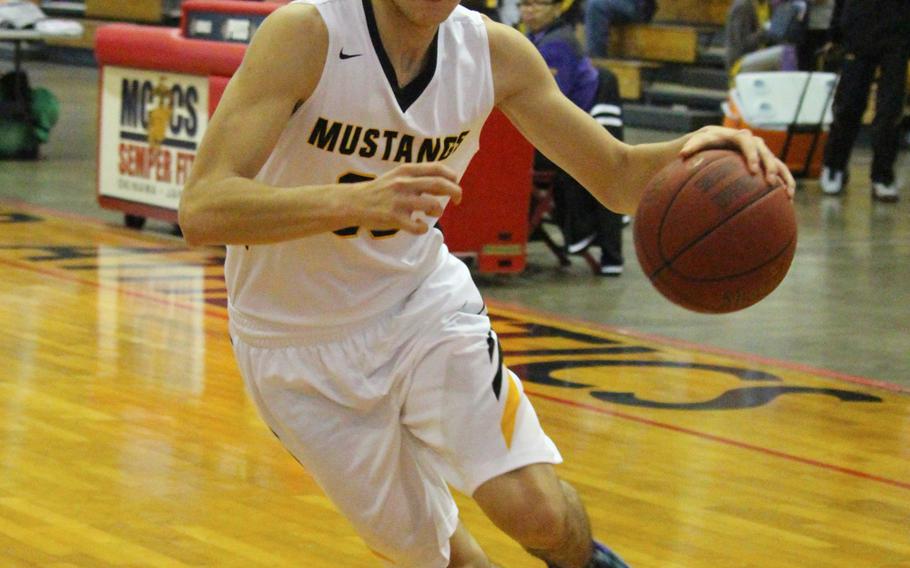 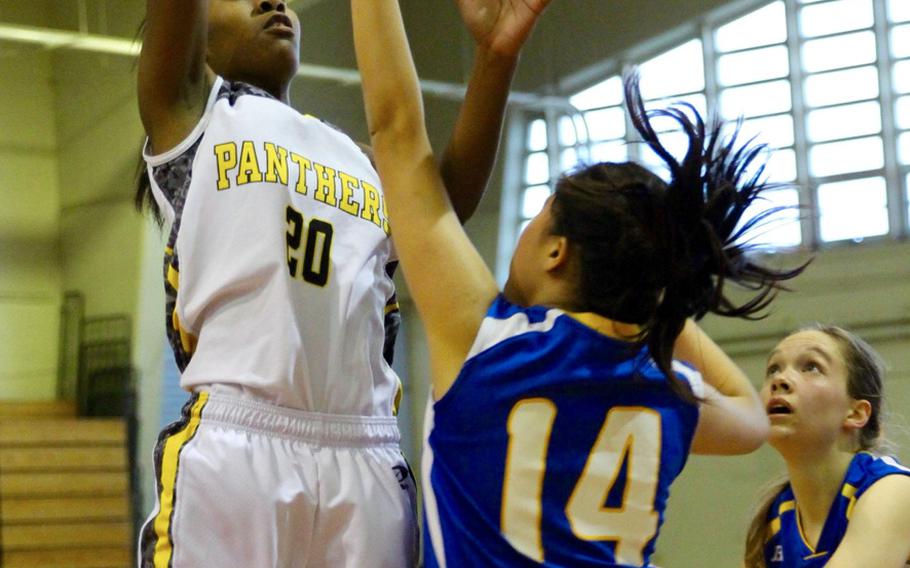 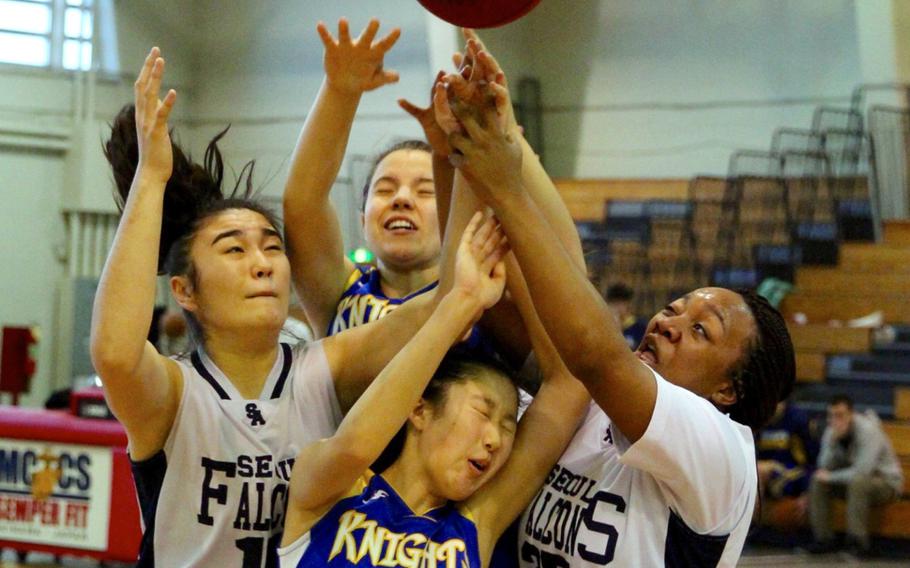 Buy Photo
CAJ's Mieko Yamamoto is caught at the bottom of the pile while battling Renee Thompson and Latisha Dolford or Seoul American and her teammate Michelle van den Berg for a rebound during CAJ's 27-23 Far East Tournament round robin loss to the Falcons Feb. 15, 2016 at Camp Foster in Okinawa, Japan. (Miranda Fino/Special to Stars and Stripes) 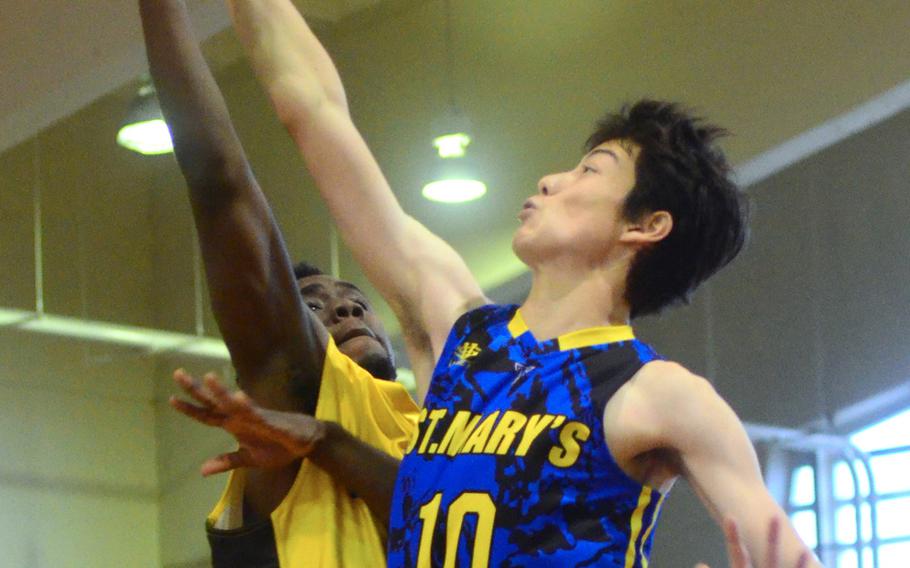 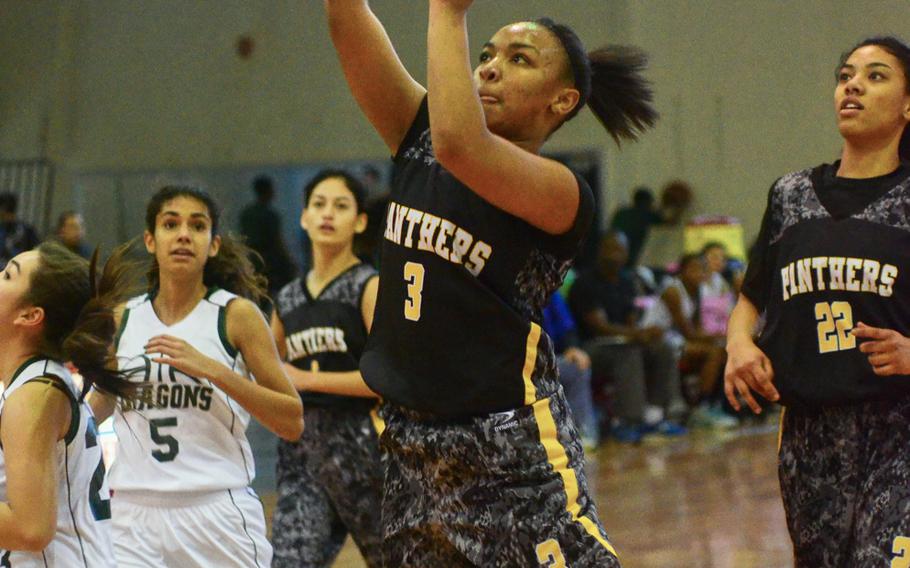 Buy Photo
Kadena's Rheagan Wyche finds an opening in the Kubasaki defense during a 40-16 Far East Tournament round robin win over the Dragons Feb. 15, 2016 at Camp Foster in Okinawa, Japan. (Courtney Kait/Special to Stars and Stripes) 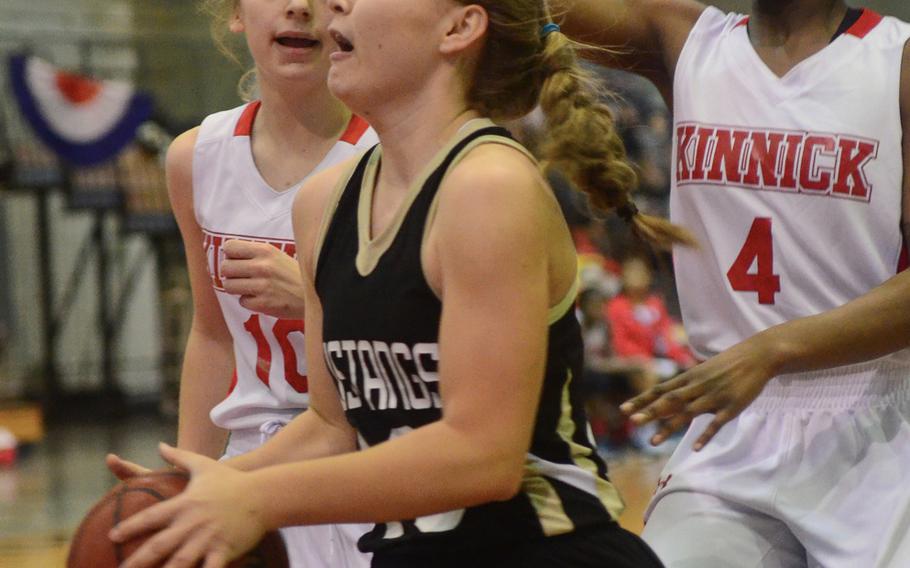