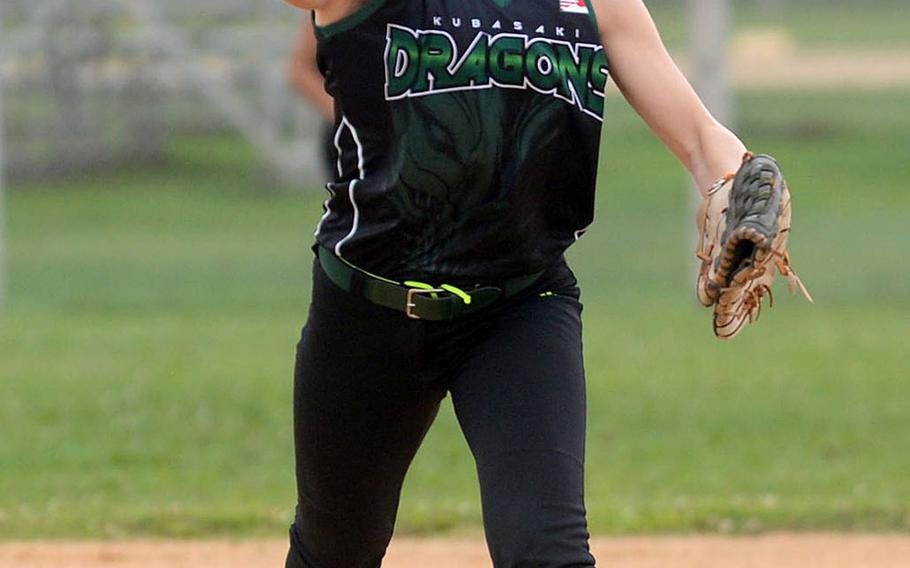 Buy Photo
Shortstop Zoe Weidley went 4-for-4 with a triple and three RBIs to help boost Kubasaki to a 15-3 win in Game 2 of the best-of-three Okinawa district softball finals, clinching the series for the second straight year. (Dave Ornauer/Stars and Stripes)

Buy Photo
Shortstop Zoe Weidley went 4-for-4 with a triple and three RBIs to help boost Kubasaki to a 15-3 win in Game 2 of the best-of-three Okinawa district softball finals, clinching the series for the second straight year. (Dave Ornauer/Stars and Stripes) 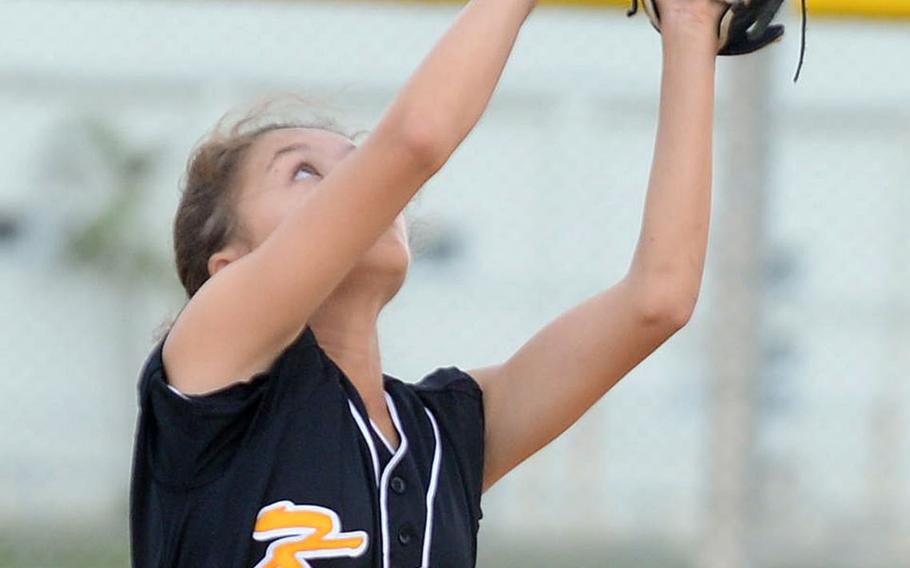 Buy Photo
An infield popup settles into the glove of Kadena second baseman Mylein Tull. It came in a losing effort in the first game of the Okinawa best-of-three district softball finals; Tull and the Panthers lost 12-11 and 15-3. (Dave Ornauer/Stars and Stripes) 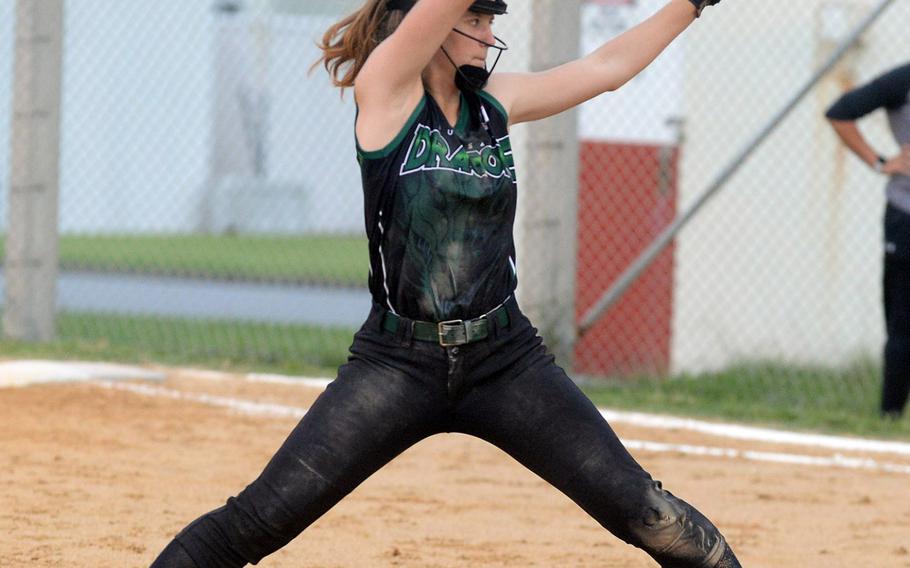 CAMP FOSTER, Okinawa – Kubasaki’s bats went from less-than-brilliant in the first game to resilient in the second, and the Dragons softball team made school history in the process.

In the opener of the best-of-three finals, the Dragons scored three runs with the help of a Weidley RBI single and two errors on the game’s final play in the last of the fifth inning to rally past Kadena 12-11.

With the doubleheader sweep, the reigning Far East Division I Tournament champion Dragons won both the regular-season and district best-of-three finals in back-to-back seasons for the first time.

After shaking the rust off in the opening game, “we started getting more motivated” in the nightcap, Weidley said, “and when we got the bats going, the adrenaline kicked in.”

“It gave us more confidence,” said Frank, who gave up four hits and a walk and batted 3-for-4 in the clinching game.

Gracie McMahon chipped in with three hits, including a double, and two RBIs and Jocelyn Powell and Jalyn Foster each drove in runs for the Dragons, who raced to a seven-run lead in the second game and never looked back.

Makarah Davis was the lone bright spot for the Panthers, going 2-for-2 with a double and two RBIs. Keely Albrecht was tagged with the loss, giving up 15 hits and six walks while striking out three.

Kubasaki won the opener with the benefit of just two hits. Both sides showed signs of rust from their three-week layoff. Each side committed seven errors, and the teams combined for five passed balls and eight wild pitches.

Yannis Basilio of Kadena was the lone player with multiple hits, batting 2-for-3 with an RBI, and Savannah Barnett singled in two runs for the Panthers.