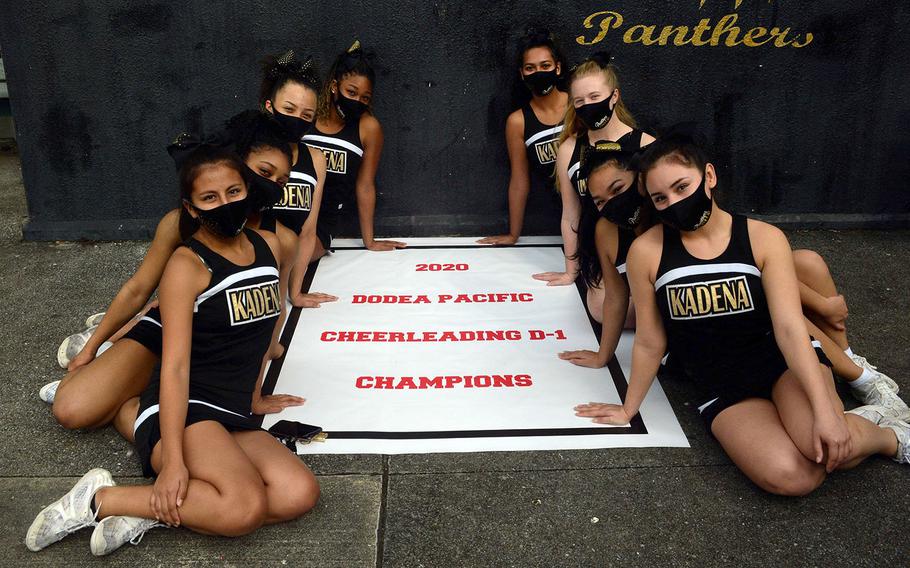 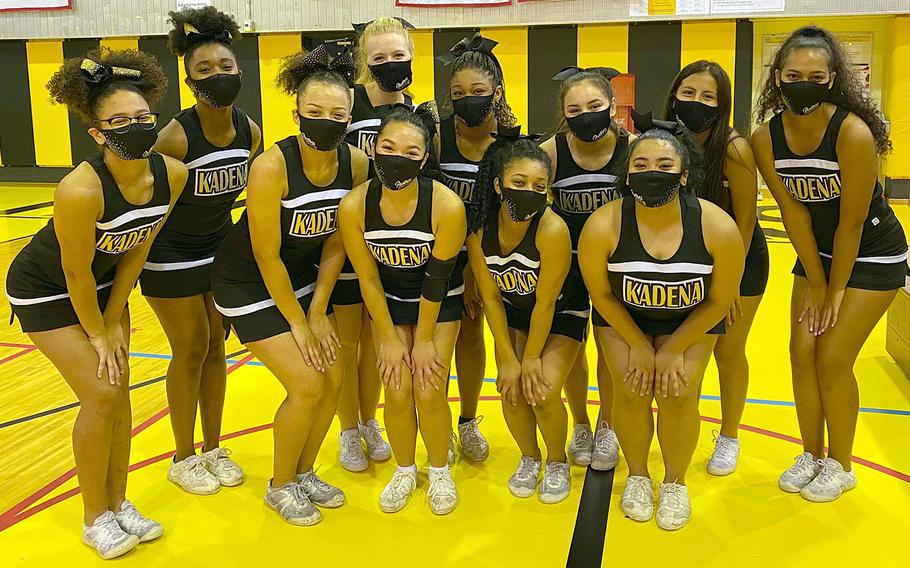 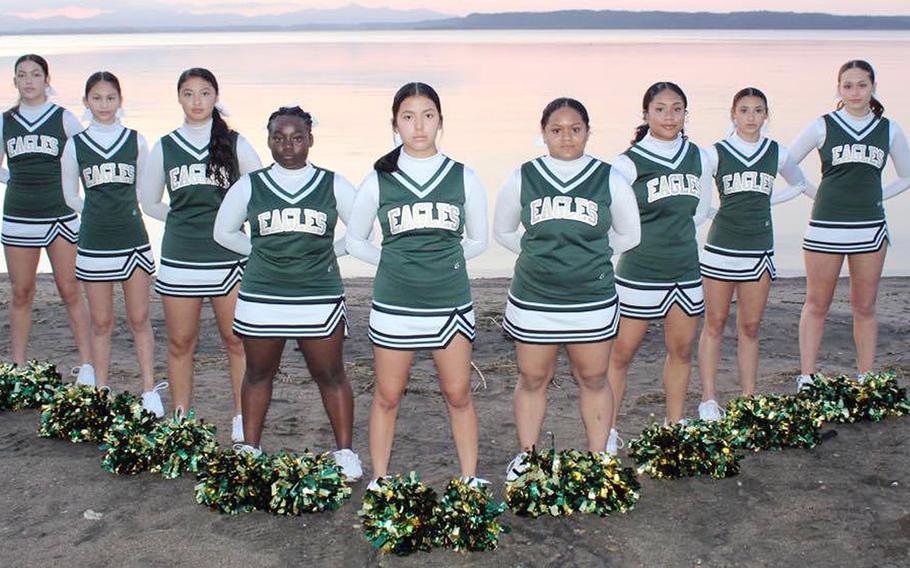 Two of DODEA-Pacific’s cheerleading powerhouse teams found themselves back atop the Far East competition standings earlier this week.

What was unusual about this year is that Kadena and Robert D. Edgren won their respective Divisions I and II titles in a competition conducted virtually, due to concerns over the coronavirus pandemic.

“It feels awesome,” said Panthers coach Taryn Myles, adding that the hurdle of doing the competition virtually, with no games and no crowds to cheer for, “was definitely a challenge. I am so proud of the girls and all their hard work.”

The two champion schools had a tie-in; Debbie Inouye Tomas, Edgren’s first-year coach, used to coach at Kadena before she and her family moved to Misawa three years ago.

“Once a Panther, always a Panther; I’m so happy for them,” Tomas said, adding that her own Eagles “worked really hard. It feels amazing to see them get rewarded for all the long hours of practice and hard work.”

An in-person cheer competition, such as the one canceled last Feb. 20 after one day at Marine Corps Air Station Iwakuni, was ruled out at school year’s start by DODEA-Pacific officials due to the pandemic.

But a virtual competition, in which each school would videotape their cheer teams doing like performances of 2½ to 3 minutes, got the OK from DODEA-Pacific officials in October.

Schools had from Oct. 23 to Jan. 8 to submit their teams’ videos, which were then judged by former high school and college cheerleaders piped in via Google Meet, four currently cheering at San Diego State and a Kubasaki graduate living in Connecticut.

Placing second and third in D-I were Kubasaki and Guam High. Finishing behind Edgren in D-II were Yokota and Matthew C. Perry of Japan.