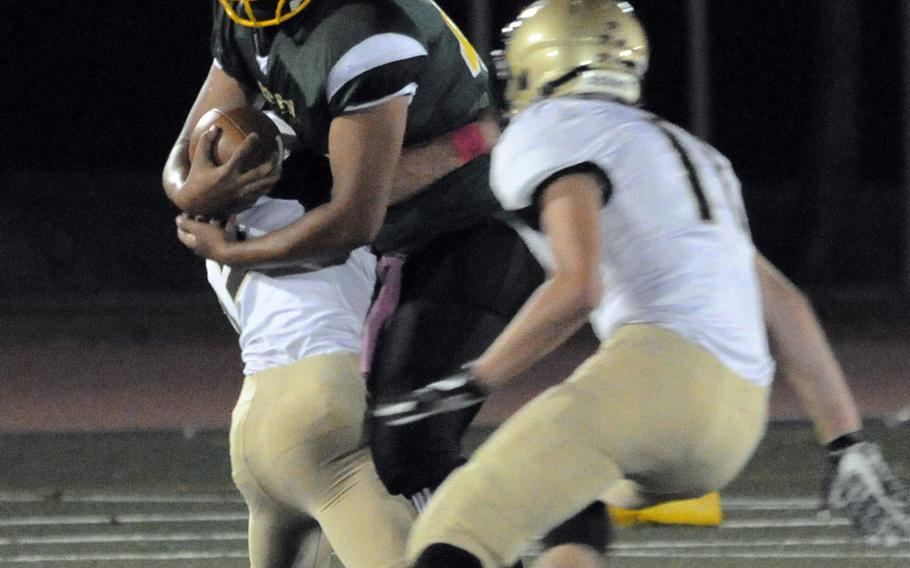 Robert D. Edgren running back Elijah Pugh gets wrapped up by a pair of Humphreys defenders. (Michael K. Atkinson/Special to Stripes) 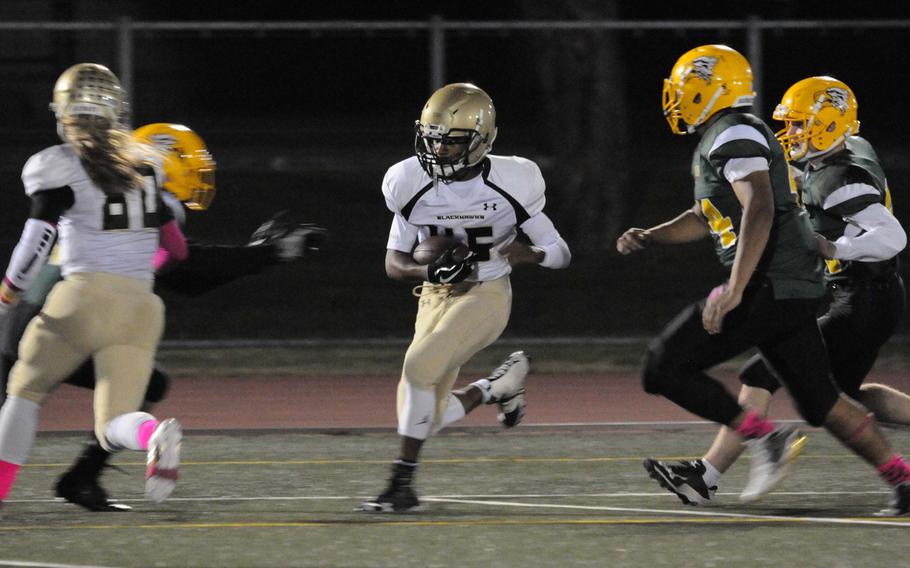 MISAWA AIR BASE, Japan – Humphreys enjoyed its second football road trip to Japan much more than its last one, coach Steven Elliott said.

Miles Brice accounted for 243 yards total offense and two touchdowns and David Key and Josh Weaver starred on both offense and defense to boost the Blackhawks to a 34-8 win at Robert D. Edgren. Humphreys is 4-0 and leads DODEA-Pacific Division II in scoring defense (11.8 points per game).

Humphreys led the region in scoring defense a season ago, until it arrived at Marine Corps Air Station Iwakuni for the Far East Division II final, which the Blackhawks lost 44-6 to Matthew C. Perry. This time, “we came out strong and the outcome was about what we wanted,” Elliott said. “We still have some tweaking to do, we still have to clean up some penalties, but we had a very good game.”

The host Eagles fell to 1-4 with their fourth straight defeat after winning their season opener. Like the previous three losses, the Eagles played well early, only to lose their edge as the game went on, Edgren coach Jeremy Sanders said.

“Humphreys has some aggressive schemes that we tried to counter,” Sanders said. “They have some awesome team speed. Our execution was not very good this evening. We competed in the first quarter, but the rest of the way, we couldn’t get anything together.”

Sh’voda Gregory Jr. caught a 32-yard pass for a touchdown and returned a kickoff 87 yards for a score for Humphreys.

The Eagles got their lone touchdown early on a 5-yard run by Matt Keating.