Guam falls, but still has some hope for playoffs 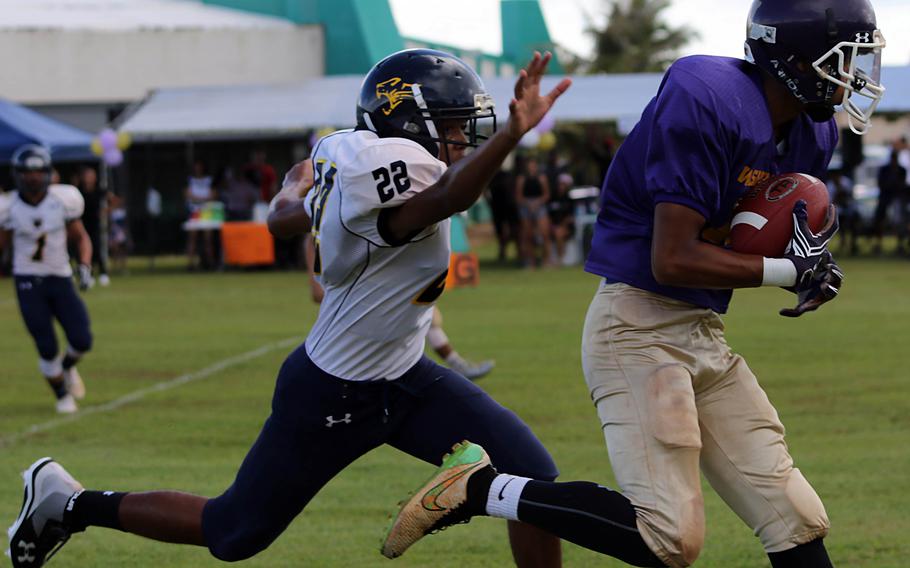 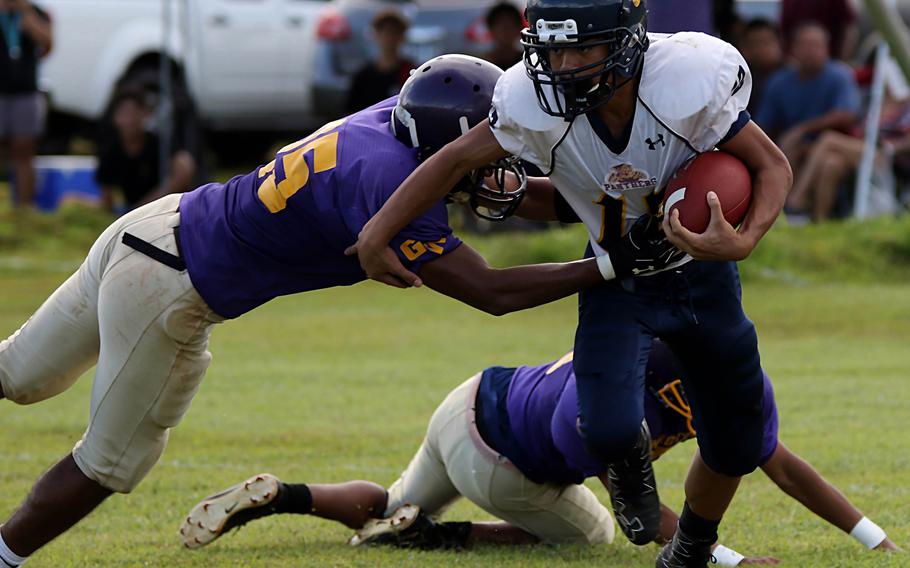 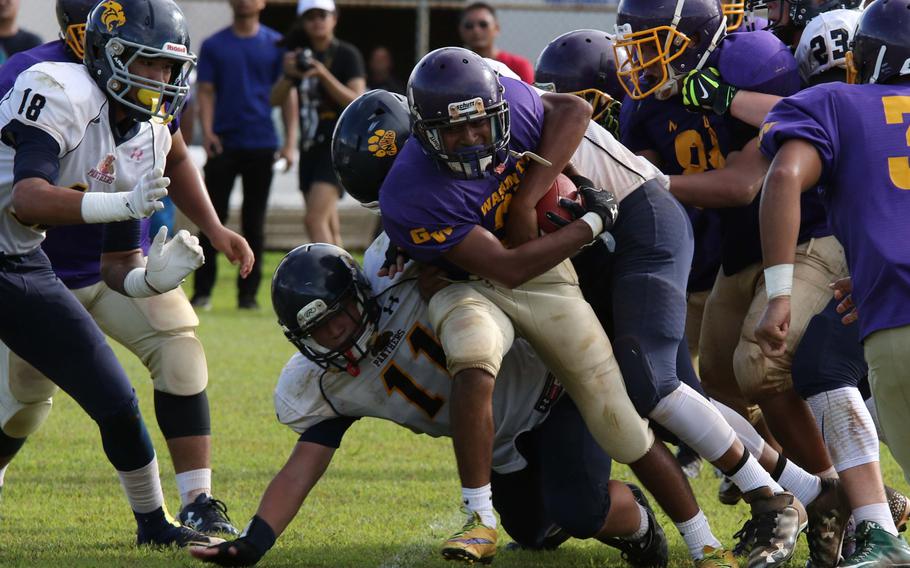 MANGILAO, Guam – Though Guam High is in the throes of a rebuilding year, it appears as if the Panthers may begin the Interscholastic Football League playoffs next month as the No. 6 seed if all goes right next week.

The Panthers lost their next-to-last regular-season game on Saturday 28-0 to George Washington, the IFL’s second-place team, at University of Guam’s Tritons Field. Guam fell to 2-4 on the season, even with Simon Sanchez, which beat the Panthers 20-0 on Sept. 1.

Guam can finish no higher than fifth, but would have to hope the Sharks lose next Friday at Okkodo while the Panthers win at home against Southern.

Either way, Panthers coach Jacob Dowdell, looking ahead to playoffs, started his second- and third-line players in Saturday’s game, hoping to give those players some game reps to get a feel for what game action is like entering the playoffs.

“We are thin across the board,” Dowdell said of a team that remains down to its third-string quarterback, RaSean Jacobs, among other casualties. “We’re just building toward the playoffs. So we gave those guys some game experience so they’d be ready.”

Jacobs accounted for 162 yards of total offense, going 8-for-14 for 121 yards. His younger brother, starting quarterback Travan Jacobs, returns for the Southern game. Jalen Thach had six catches for 115 yards.