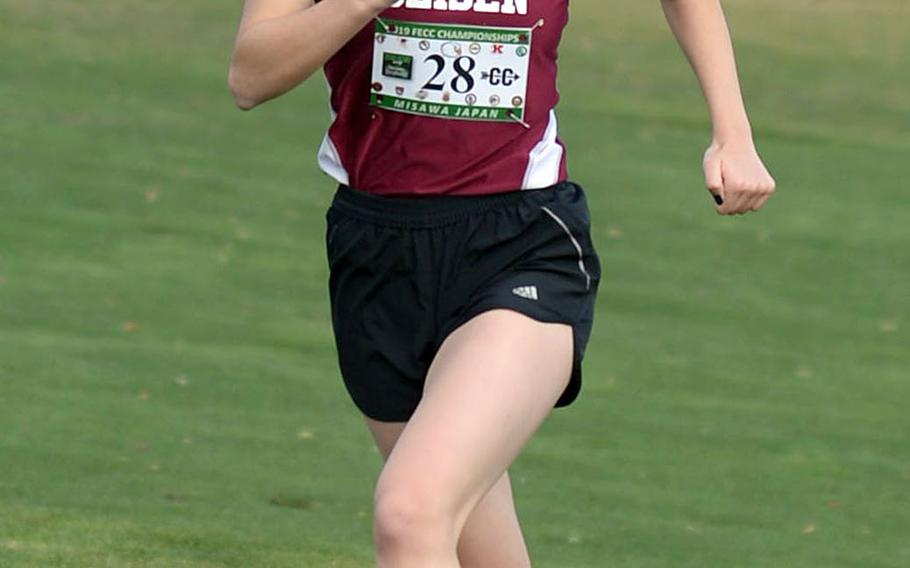 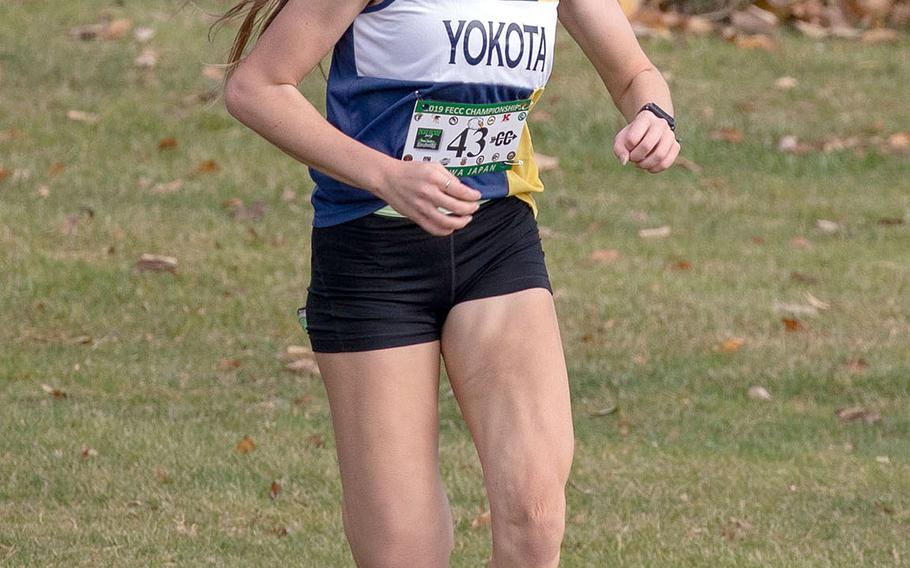 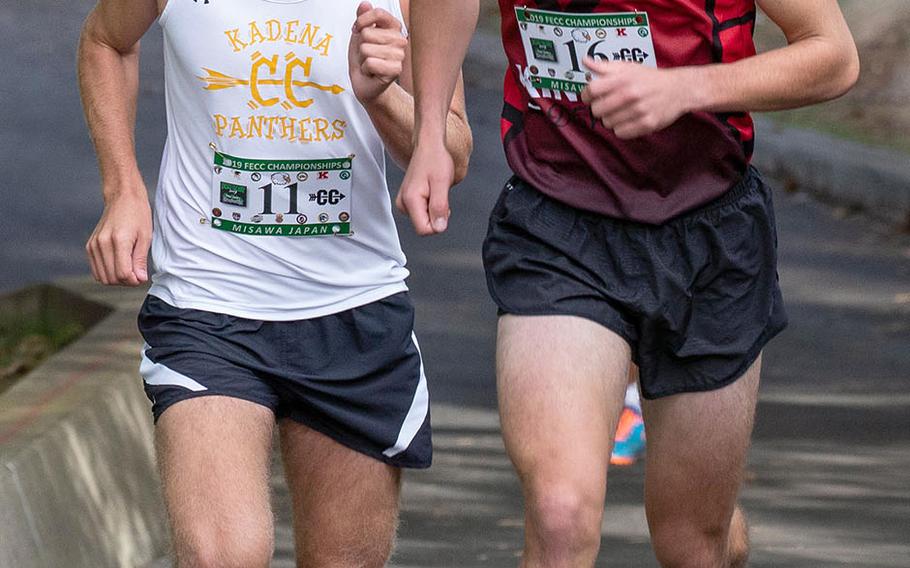 The boys field takes off from the start line, led by eventual Division I and overall winner Hanokheliyahu Gailson of Nile C. Kinnick, far right. (Jason Wysong/Special to Stripes)

MISAWA AIR BASE, Japan – No pain. Don’t think about the pain. Just think of the last four to five minutes. It’ll be over soon.

That’s what Hanokheliyahu Gailson said he was thinking as he neared the finish of Monday’s Far East cross country meet’s individual race.

The Nile C. Kinnick senior won the overall and Division I titles by 1.5 seconds over the favorite, Will Ray of Kadena, but it was anything but easy, Gailson said.

Three Division I runners and five boys runners overall came across the finish in under 17 minutes, something Red Devils coach Luke Voth said he was expecting.

“We knew he (Gailson) had a good chance, and we knew it would be a good race,” Voth said. Ray had been unbeaten in his previous seven races, including the Okinawa district finals on Oct. 25.

-- Nana Richter, a Seisen senior, came in second overall and won the D-I title in 20:53.6. Her older brother Thomas took the 2016 Far East title. Gailson ran with Ray most of the way until the last three-quarters of a mile, when he said he passed Voth standing on the course.

“I had less than a mile to go, four or five minutes of pain left,” Gailson recalled. “I just dug deep and tried to keep my mind, my focus on the finish.”

Scarver, who won the DODEA-Japan district meet title in just his second cross country race, crossed the line 8.9 seconds ahead of another Galvin, Mickey, a senior, who just missed becoming the third member of his family to become a Far East champion.

Did Scarver envision a month ago that he’d be standing at the finish line of such a race, calling himself a Far East champion?

“For basketball, yes. Not for cross country,” he said. He and the Cobras won the Far East D-II basketball tournament for the second time in three years last February.

“He’s that good of an athlete,” Voth said.

Asked if she saw herself as a Far East champion at season’s beginning, Aiko Galvin said: “Not at all. I had kind of a rough season, so I entered the meet with high hopes and low expectations.”

Galvin had not won any races this season, her highest finish being second in the Kanto Plain finals nine days earlier.

On Monday, Galvin led most of the way and won comfortably, beating Richter and Seisen teammate Kaarine Sirkka by more than half a minute. Zama’s Aubrey Giles finished second in D-II in 21:01.4.

“I was not expecting this outcome. I was expecting top five,” Galvin said. “I wanted to end the season on a high note and I did.”

“The sky’s the limit with her,” the elder Galvin said. “She’s finally gained some confidence with the longer races.”

Richter didn’t have the best of seasons, either, finishing first in one regular-season race, fifth in the Kanto Finals and 10th in the 16th Asia-Pacific Invitational last month at Tokyo Disney Sea. So she was not expecting to do as well as she did.

“I was so scared I wouldn’t end my cross country season well,” Richter said. “I wanted to follow my brother’s footsteps and that helped me along. I’m happy it ended like this.”