Finally, Edgren spring sports teams get a chance at competition 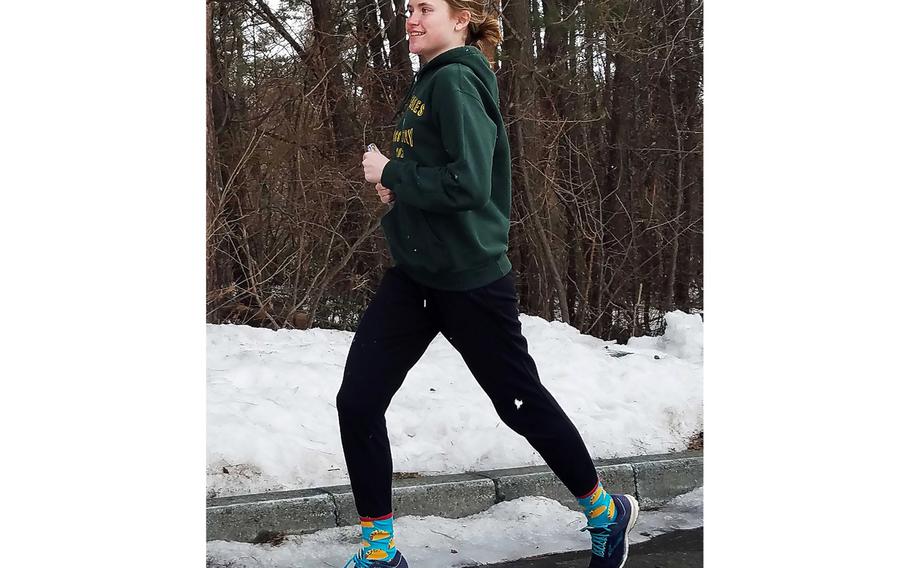 Robert D. Edgren junior Morgan Erler, who came in second overall in the virtual Far East cross-country meet in January with a time of 19 minutes, 37 seconds, now gets a chance to face the runner who beat her in that meet, Reagan Cheramie of Yokota, face-to-face on Saturday. (Photo courtesy of Robert D. Edgren HS)

Robert D. Edgren’s spring sports teams will get a chance at competition with other DODEA-Japan schools, after all.

“After much coordination with our military partners and DODEA leadership, Edgren-student athletes will have the opportunity” to travel to compete at Yokota High School this weekend and next, DODEA-Pacific spokeswoman Miranda Ferguson said in an email to Stripes.

Track and field and boys soccer will compete Saturday, and baseball, softball and girls soccer on April 24.

“Mitigations will be in place for the health and safety of student-athletes,” Ferguson said regarding taking precautions against the coronavirus.

Edgren coaches and athletes reacted positively to the news.

“I’m pumped,” Edgren junior distance runner Morgan Erler said. She finished second to Yokota’s Reagan Cheramie in the virtual Far East cross-country meet in January and gets a chance to face her on Saturday. “I’m so glad to finally be able to compete in person again.”

Edgren is the last of the six DODEA-Japan schools to get the go-ahead to play matches, games and meets. The other five began their abbreviated spring sports seasons on March 20.

“It’s been frustrating seeing the other schools get to compete and not being able to compete ourselves,” said Edgren senior soccer player Nathan Barry.

The Eagles boys soccer team a season ago was “the strongest team we’ve had recently,” Eagles senior Ethan Hovenkotter said. Due to the coronavirus pandemic, all DODEA-Pacific spring sports were shut down.

“We’re glad that we’re able to play an actual game this season,” Hovenkotter said. “We’re looking forward to this weekend and our last games.”