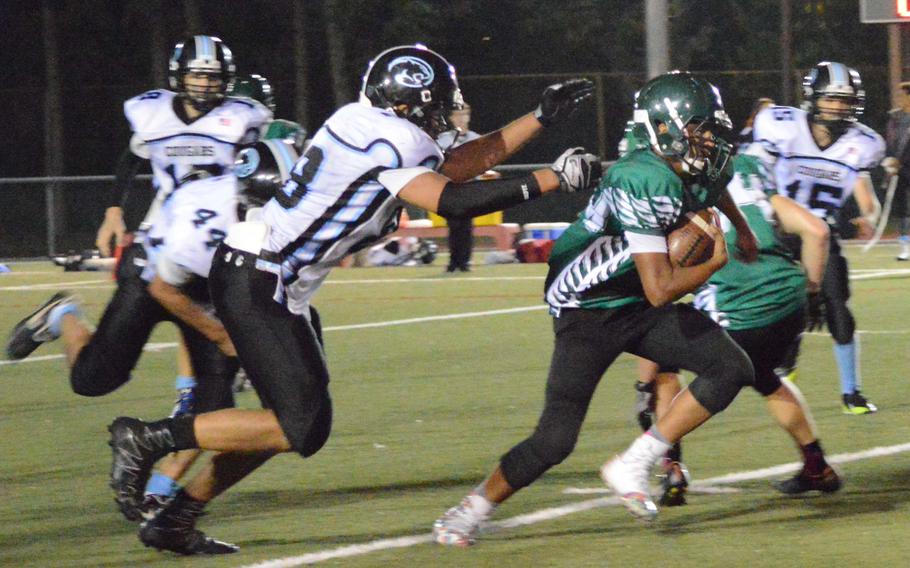 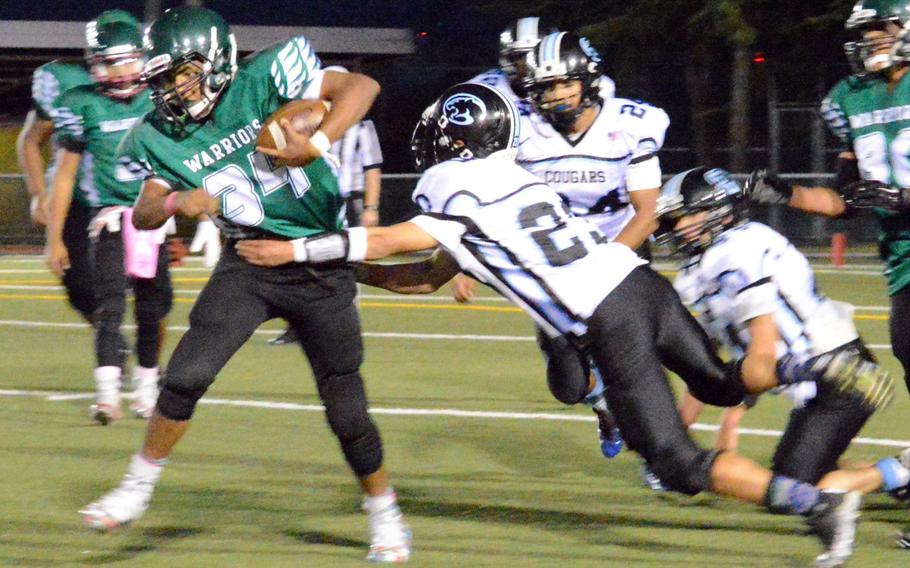 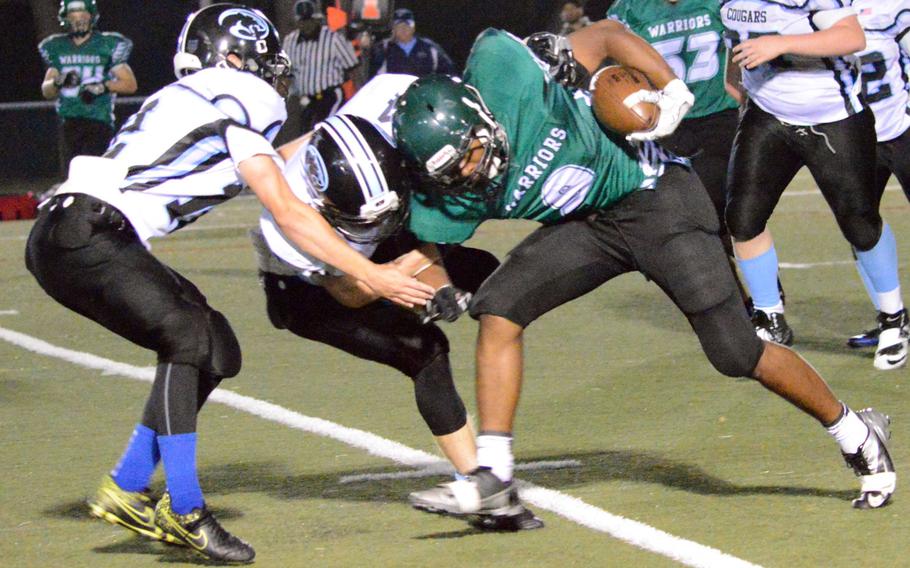 Daegu running back Bishop Fields puts his head down and tries to bull past Osan defenders Coryn Rogers and Kade Woods. (Mary Sarantakes/Special to Stripes) 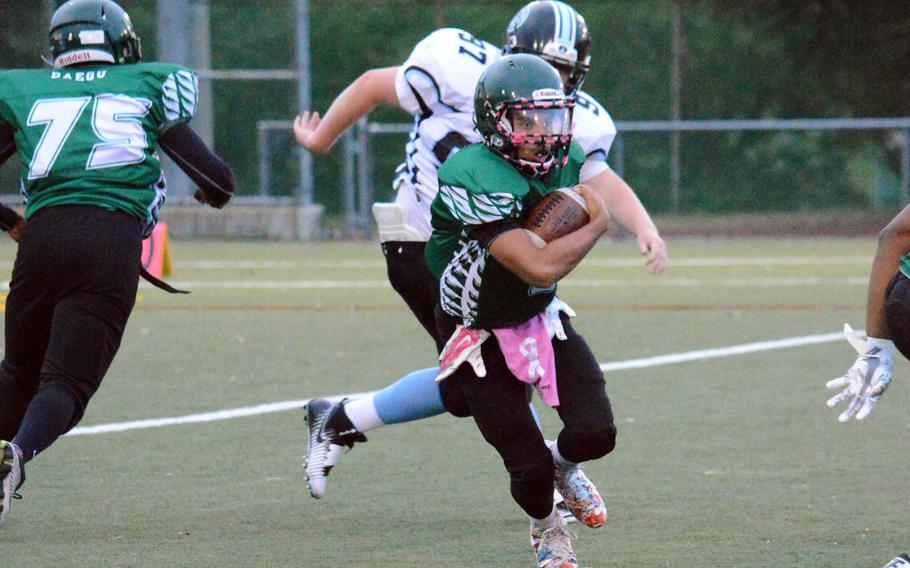 CAMP WALKER, South Korea -- Bishop Fields and Javeon Bell once more carried much of the rushing load for Daegu, as the Warriors pulled away in the fourth quarter for a 35-12 win Friday over Osan.

But the Cougars, who lost for the first time this season after opening with a two-game winning streak, are farther along with the reboot of their football program, which was shut down last season due to lack of players, coaches of both teams say.

“We’re back. We can play,” Cougars coach Don Tusha said, adding, however, that with his top two quarterbacks injured, they’re still having a tough time. “We were in the game the whole time, until there were five minutes left.”

From there, turnovers did in Osan, while Daegu improved to 3-2 in its fifth straight week of play; the Warriors finally get a bye next week. “We’ll need it. We need the break,” Sims said.

Fields and Bell led the way: Fields rushing 19 times for 181 yards and a touchdown and Bell 120 yards on 17 carries with two touchdowns before being ejected in the fourth quarter for unsportsmanlike conduct.

It was a penalty-filled contest; the teams were flagged for more than 300 yards combined, Sims and Tusha said.

“We could definitely have played better,” Sims said. “We were sloppy, we had too many costly penalties. But we learned a few things that will help us the next time we play them” Oct. 13 at Osan. Hunter VanHoose scored on a 55-yard run on the game’s first play and led Osan with 122 yards on six carries, plus six tackles.

Jesse Davis had 61 yards on eight carries. Gabe Rouse added 87 yards on five attempts with a 30-yard fourth-quarter touchdown run. He also had 10 tackles, a sack and a forced fumble. Coryn Rogers had eight tackles for Osan.

While the Warriors have the week off, the Cougars visit Seoul American for a 7 p.m. kickoff next Friday.