Coronavirus may have canceled games, but not all athletes’ dreams Buy Photo
Humphreys senior Arielle Stickar scored 36 goals in her first two seasons for the Blackhawks, 25 alone as a sophomore, and led Humphreys to an eight-match improvement in 2018 as a freshman. She won't get to build on that, as the coronavirus pandemic killed both the 2020 and 2021 seasons. (Dave Ornauer/Stars and Stripes)

Buy Photo
Humphreys senior Arielle Stickar scored 36 goals in her first two seasons for the Blackhawks, 25 alone as a sophomore, and led Humphreys to an eight-match improvement in 2018 as a freshman. She won't get to build on that, as the coronavirus pandemic killed both the 2020 and 2021 seasons. (Dave Ornauer/Stars and Stripes) 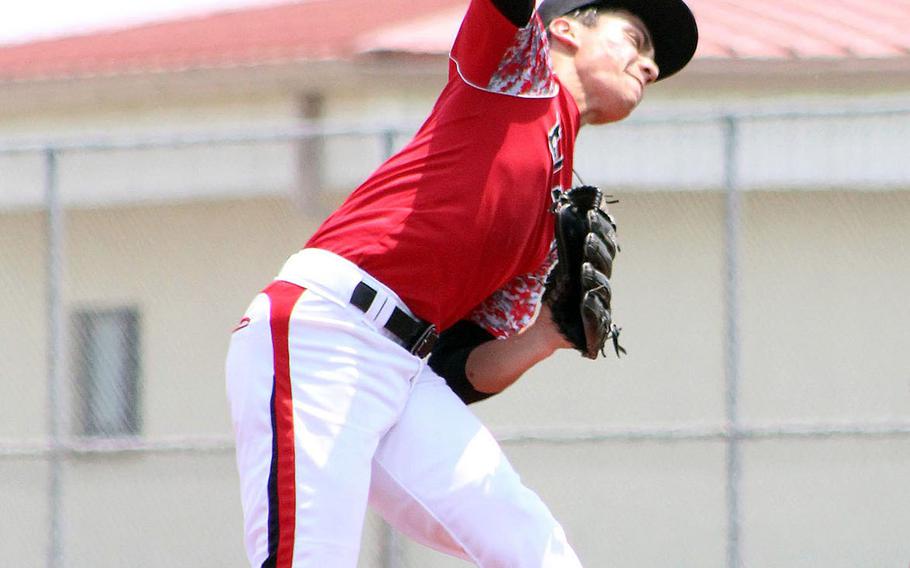 Buy Photo
E.J. King's Leo Schinker took the loss in the Division II baseball final; he had the lone hit for the Cobras in a 10-0 loss to Yokota. Schinker was 3-2 with two saves overall during the season. (Kathleen Paclipan/For Stars and Stripes) Buy Photo
Humphreys senior center Collin Metcalf lost out on the last two days of the 2020 Far East Division I tournament and the entire 2020-21 season due to the coronavirus pandemic. The Blackhawks were trying to defend their 2019 D-I title. (Dave Ornauer/Stars and Stripes) 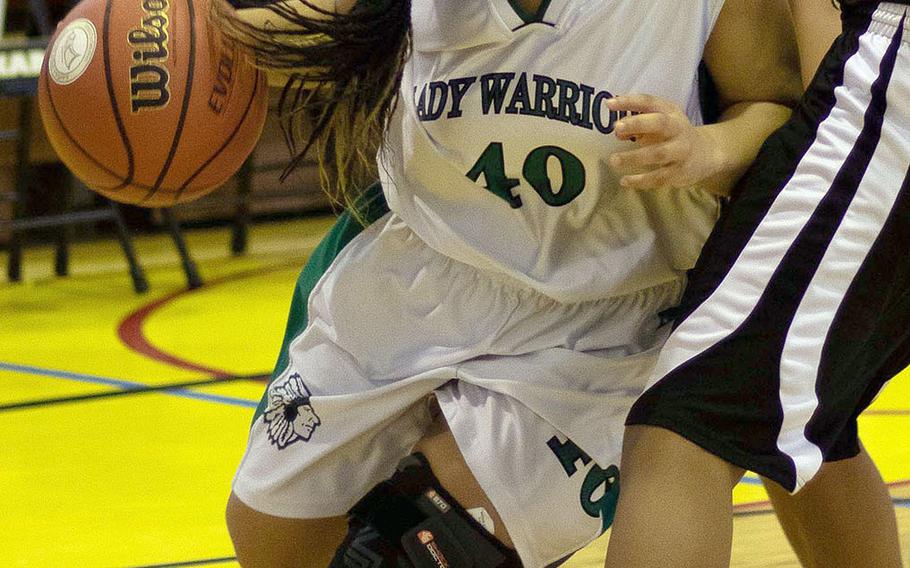 Buy Photo
Kadena senior Breanna Arismendez had hoped to ramp up her game during her junior and senior softball seasons, but didn't get the chance last year and most likely won't again this year. (Dave Ornauer/Stars and Stripes) Buy Photo
Grace Bryant, a Zama senior spiker, won the 2018 Far East Division II Tournament Most Valuable Player award, was named 2019's Best Hitter and was named All-Tournament her first three seasons for the Trojans. The coronavirus pandemic killed any chance the Trojans had to defend their D-II title and for Bryant to accrue more honors. (Dave Ornauer/Stars and Stripes)

Following her sophomore season of soccer in the spring of 2019, Arielle Stickar said she was hopeful of better things for her team and - long term - for herself.

The Humphreys midfielder, now a senior, scored 25 goals two years ago for a Blackhawks team that went 10-11 – far better than the team that went winless in 2017.

Stickar’s junior season was canceled entirely. And DODEA-Pacific has stated that if a season happens this spring, it would be limited to in-school practice – and that’s assuming students in DODEA-Korea schools return to classrooms.

“I was very angry,” Stickar said. “I thought that this wouldn’t last as long as it did. We would have gone really far in our tournaments. Everybody was talking about how good a season we could have had.”

Throughout the Pacific, most student-athletes looking forward to 2020 or 2021 seasons have been left on the sidelines due to a pandemic that has pretty much turned the world upside down.

Football and wrestling were scratched. Gregory Lunn, a senior lineman and 215-pound wrestler at Osan, said it was doubly upsetting in that he was hoping his Cougars could duplicate their 2018 D-II football title.

“I know we could have really won another championship,” he said. “The school that didn’t win anything (in football) for 13 years and all of a sudden wins the Far East, that says a lot.”

Volleyball was played only in Korea. Basketball hopes were deflated. And if DODEA-Pacific’s spring sports ruling stands, soccer, baseball and softball will have gone two full years with no actual games. A virtual Far East track and field meet is still possible.

“It’s tough, knowing you won’t get the chance to play for something you and your team have worked for,” said Leo Schinker, an E.J. King senior pitcher whose team’s last game was a 10-0 Far East D-II finals loss to Yokota. “It’s even harder (since we were) so close to a championship.”

It’s doubly harder for athletes counting on those junior and senior seasons to sharpen their skills and get more games on film to impress college coaches.

Breanna Arismendez, a two-time All-District catcher for Kadena, attended a Texas Tech softball camp after her sophomore year and realized she needed to increase her mastery of the sport markedly to walk on or earn a scholarship.

“I was planning on my junior and senior years to really push me … but I didn’t get the opportunity,” Arismendez said. “I was so disappointed.”

Student-athletes around the Pacific say they’re engaged in weight, cardio and skills workouts on their own, participating in youth recreational programs or even playing with adult teams.

Arismendez is trying to improve on her .388 batting average as a sophomore by playing for the Diamond Divas, a fastpitch club team. “It’s not Far East, it’s not high school, but it’s something,” Arismendez said.

Humphreys’ Collin Metcalf, who averaged 14.3 rebounds and 4.9 blocks a game on the basketball court last year as a junior, says he hopes to follow in the footsteps of his brothers.

Metcalf says he’s trained at home, working on shots and ballhandling, lifting weights and going to the gym to play against adults “who help improve my game in 5-on-5 situations.”

Daegu senior Bethani Newbold, a former All-Far East D-II point guard who averaged 23.4 points and six steals in 14 games last year, works out on her own dribbling and shooting and plays in the company-level league on Camp Walker. She, too, wants to play in college.

“COVID (the name of the disease caused by coronavirus) has delayed my dreams, but it has not made them impossible,” Newbold said. “I am always working on my overall game.”

But nothing can take the place of true high school competition, Schinker said. “It’s hard not seeing a live pitcher or feeling the pressure brought on by game-clinching moments, and that really applies to guys who haven’t seen much game time,” he said.

“I was looking forward to at least playing a game,” Metcalf said.

Despite the limits imposed by the pandemic, student-athletes insist they’re pressing ahead.

Metcalf said he plans to go to Mercersburg Academy prep school for a year in the hope of landing a scholarship. Newbold is looking at small colleges and says the pandemic has brought “many positives that will prepare my life and my mindset for future endeavors.”

Stickar said she’s aiming to play junior college ball in California. Lunn is interested in becoming a dual-sport athlete in track and football. Schinker said he wants to catch on at a Division III school.

“It’s my intent to play ball at the next level and I know it will be harder than ever to make those dreams a reality,” he said. “Regardless of corona, I’m refusing to throw in the towel and stop working.”