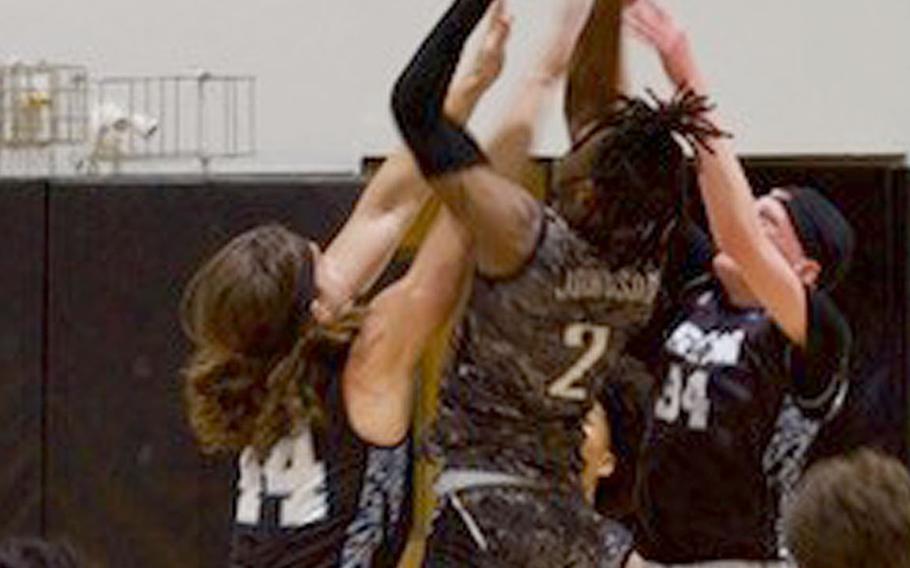 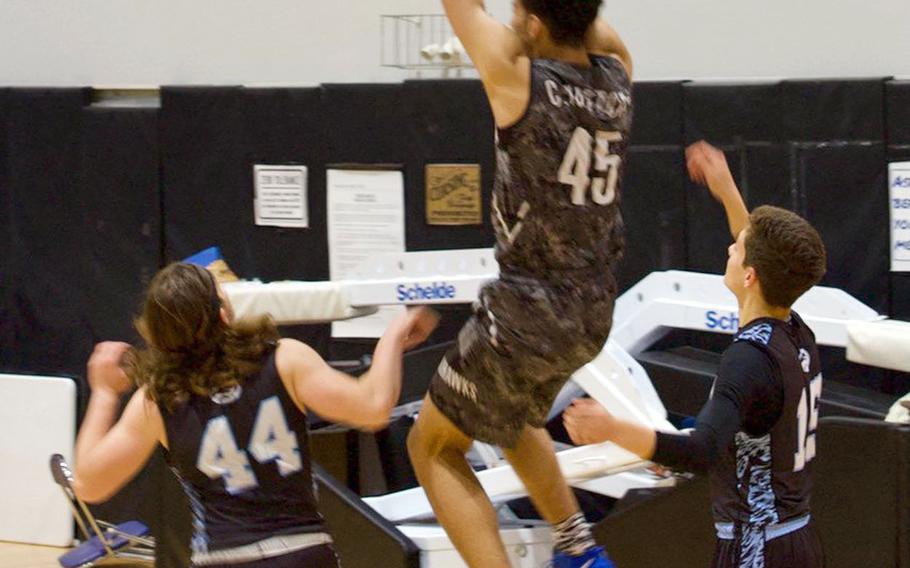 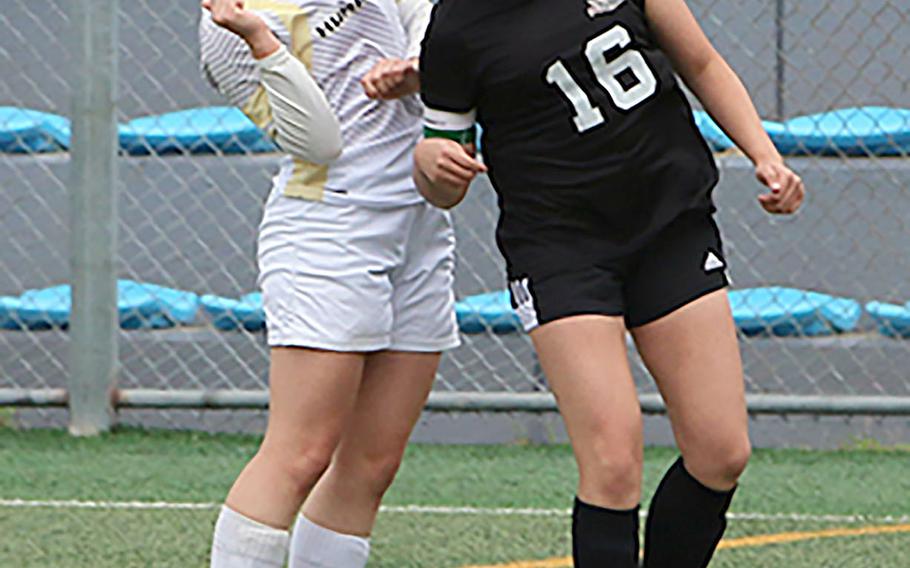 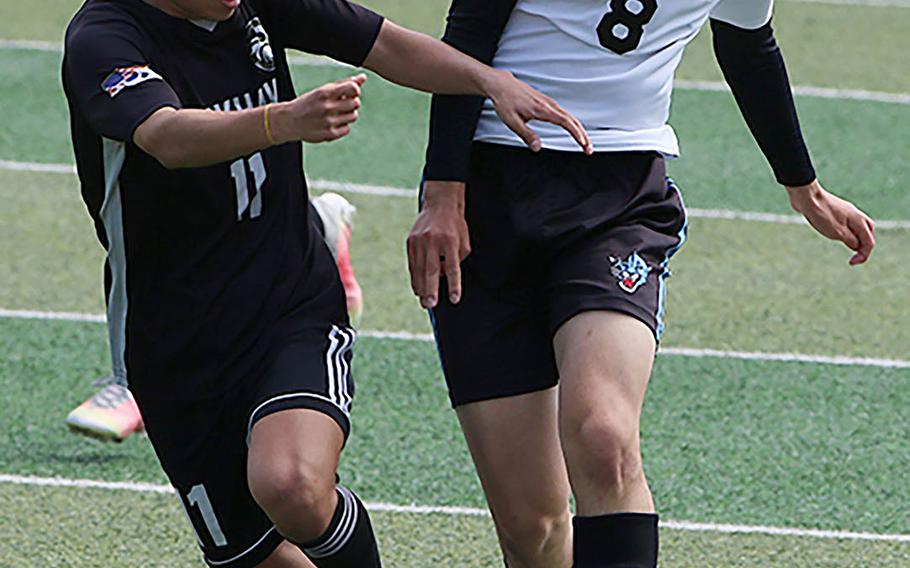 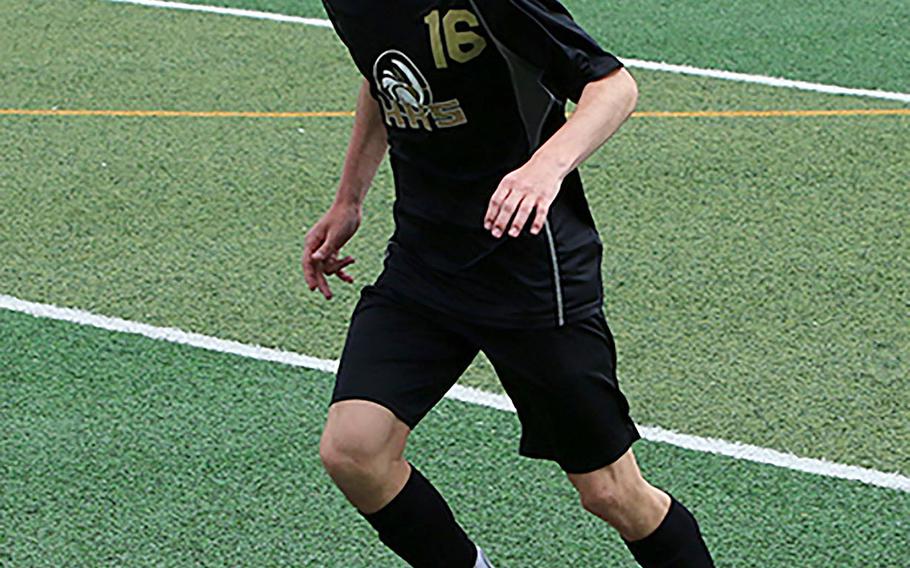 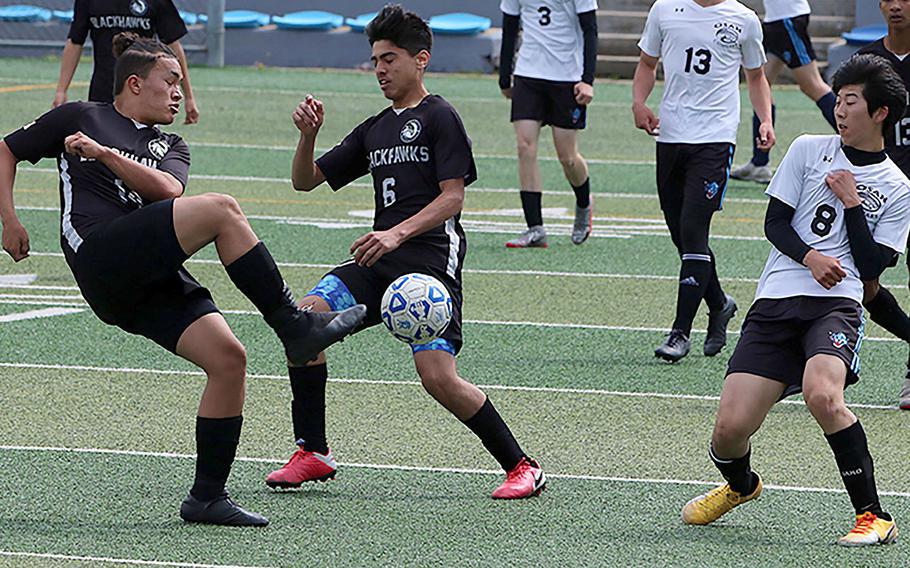 “I’m just very glad I got to spend the moment with my amazing team,” Newbold said. She pitched a complete game, scattering eight hits and giving up two walks while striking out four. She helped herself by batting 2-for-2 and stealing six bases.

Humphreys burst in front 2-0 in the top of the first on RBI singles by Riyana Camacho and Lizette Ceja.

Daegu answered promptly in its half of the frame as Maddie Mihalic tripled in Lexie Berry and scored on Newbold’s hit. Newbold came home on a fielder’s-choice grounder, then Hazel Bell scored on a wild pitch to make it 4-2 Warriors.

The four-run rally “gave the girls the confidence they needed to play the game they know how to play,” Warriors coach Joy Sims said. “We practiced many scenarios over the last two weeks, which provided them the knowledge to execute.”

Trailing 9-3 in the top of the fifth, the Blackhawks closed the gap to three runs. Zoe Weidley drove in a run with a triple and scored on Madison Bridges’ RBI double. Bridges came home on a fielder’s choice grounder. But that was as close as Humphreys would get.

“I’m really happy we could bring it home one last time for Daegu,” said Berry, like Newbold a senior. “I’m definitely going to miss it and I hope that they (Warriors) continue to push over the years.”

Humphreys’ baseball team also turned on the rally jets in the bottom of the first, after Daegu went ahead 2-0 in the top half of the inning.

Humphreys answered with four runs of its own, capped by Ramos’ two-run double. Max Weidley later smacked a two-run double in the Blackhawks’ four-run fourth inning to make it 9-4. Daegu scored twice in the fifth to account for the final margin.

Juan Martinez scored 1 minute, 10 seconds into the boys match against Osan and the Blackhawks never trailed. Humphreys’ girls waited until nearly halftime to go ahead on a goal by Aria Freeman en route to a shutout of Daegu.

“He’s a fantastic player, a great defender, a great teammate, he can ‘see’ the whole field,” Houk said of Matlock, a sophomore. “He really knows how to play the game.”

Backstopping the Blackhawks’ girls title run was senior goalkeeper Selena Howard. She took over for starter AnnaLynn Morris, who was injured in the first week of the season March 20, and became the team’s “most important factor,” Humphreys coach Cynthia Howell said.

“She stepped in with no experience and volunteered to try it (and she) picked it up very quickly and was fearless,” Howell said of Howard. “She spent hours practicing and was very responsive to suggestions and input. She kept a calm head and gave it her all.”

Freeman was assisted on Humphreys’ first goal by senior midfielder Arielle Stickar just before halftime. Makayla Shaw scored unassisted on a corner kick in the second half to provide cushion, and Howard made the lead stand up.

Humphreys boys triumph in basketballOn the basketball court, the Blackhawks led wire-to-wire, getting 24 points from Myles Johnson in a 78-46 romp over Osan.

Sean Cook netted 13 of his 15 points in the first half, nine in the second quarter, as the Blackhawks outscored the Cougars 44-16 through halftime.

Humphreys’ Myles Johnson paced all scorers with 24 points, 20 in the second half and nine in the fourth quarter, while fellow senior Collin Metcalf tossed in 12. Gavin Lunn had 12 of his 20 points in the second quarter for the Cougars.

It was the last game for five Blackhawks seniors, including Johnson and Metcalf. As with all sports except for cross country and track and field – both held virtually - no other DODEA-Pacific sports had a Far East tournament.