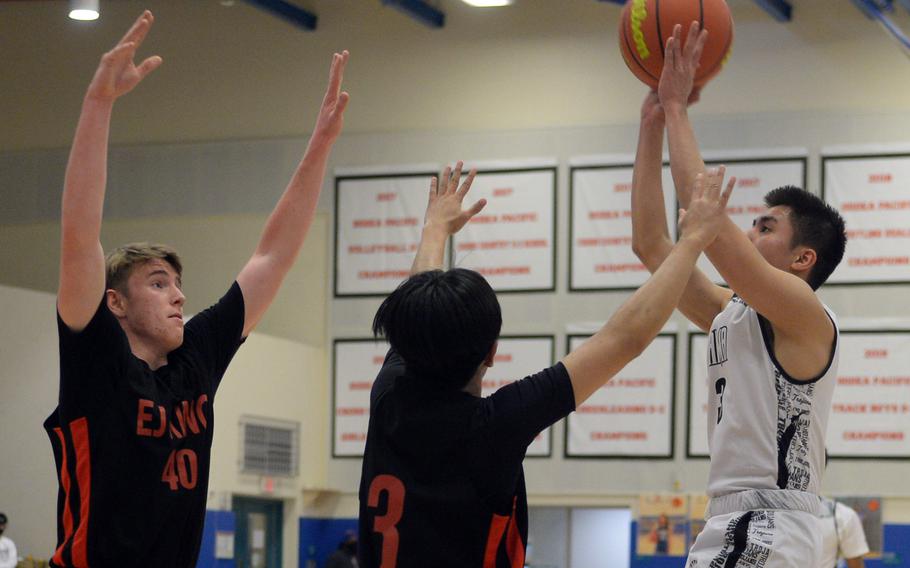 Thursday at Yokota Air Base

Tuesday at Yokota Air Base

Scoring — Panthers: Tre Perkins 20, Dylan Tomas 14; Red Devils: Scott 18. Noteworthy — Tomas scored all his points in the third quarter and Perkins 17 of his 20 in the first half. Scott had 11 second-quarter points. Tuesday at Yokosuka Naval Base