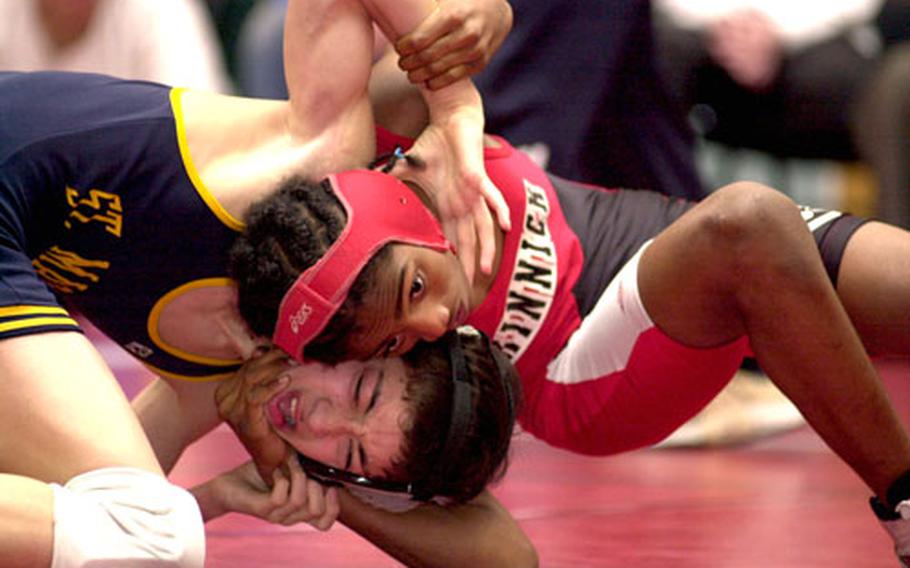 YOKOSUKA NAVAL BASE, Japan &#8212; With the &#8220;Beast of the Far East&#8221; done, DODDS-Pacific coaches now turn their attention to the 2005 Far East High School Wrestling Tournament later this month at Yokota Air Base, Japan.

While piling up medals and team points during Saturday&#8217;s Kinnick Invitational Tournament, DODDS coaches and wrestlers spent much of the day scouting their potential opponents at Far East.

Of the 13 DODDS schools from Japan, Korea, Okinawa and Guam expected to be at Yokota, eight wrestled in the &#8220;Beast&#8221; tournament, including five previous Far East Tournament individual champions.

Coach Robby Rhinehart of Kinnick thinks individual and team honors again will be up for grabs at Yokota, as it was last year, when Seoul American surprised the field by capturing the Far East dual-meet team crown &#8212; its first Far East title title ever.

Kinnick, which finished second to Seoul American last year and has six Far East titles to its credit, will be in the hunt, as will Seoul American and Kadena of Okinawa, Rhinehart said.

While some obvious favorites stand out, &#8220;that sets you up for matches where people come out of nowhere and pull an upset,&#8221; Harlow said. &#8220;Anything can happen in high school wrestling.&#8221;