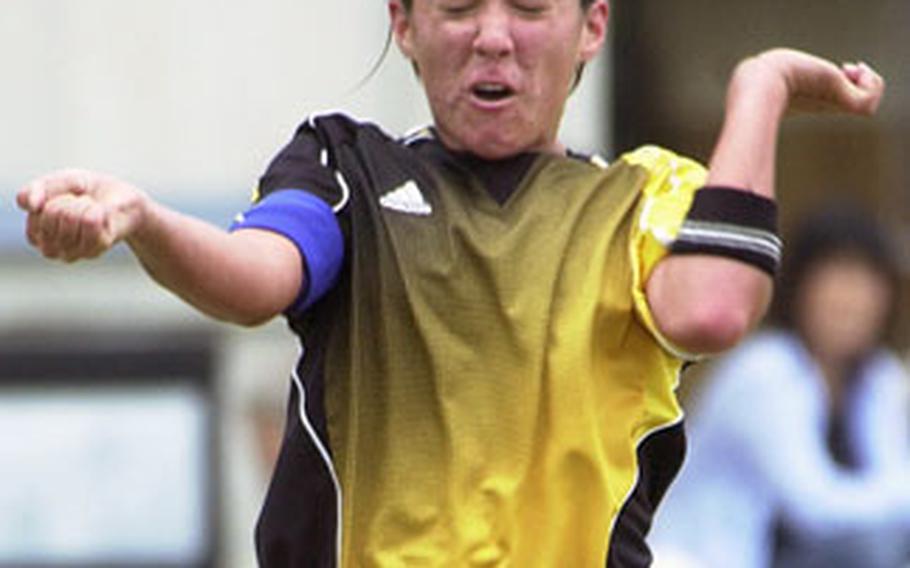 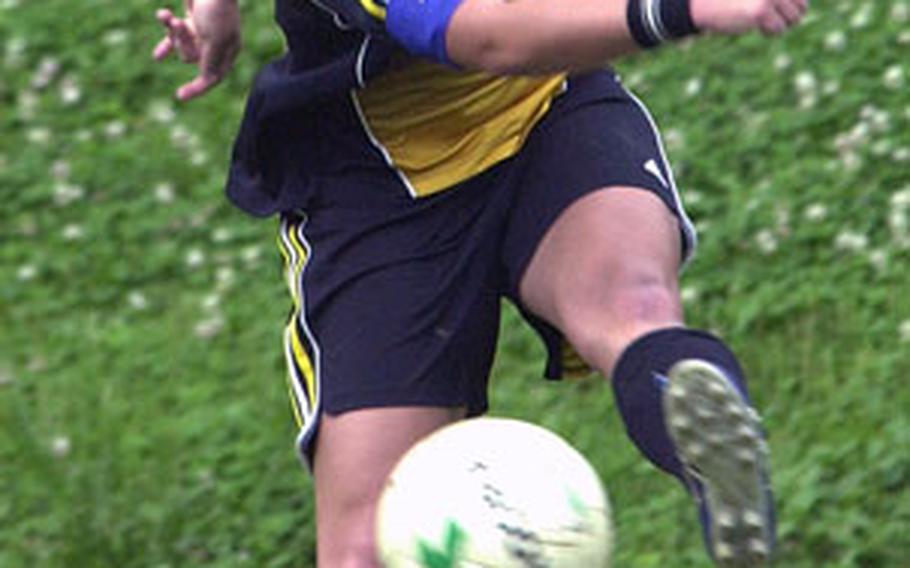 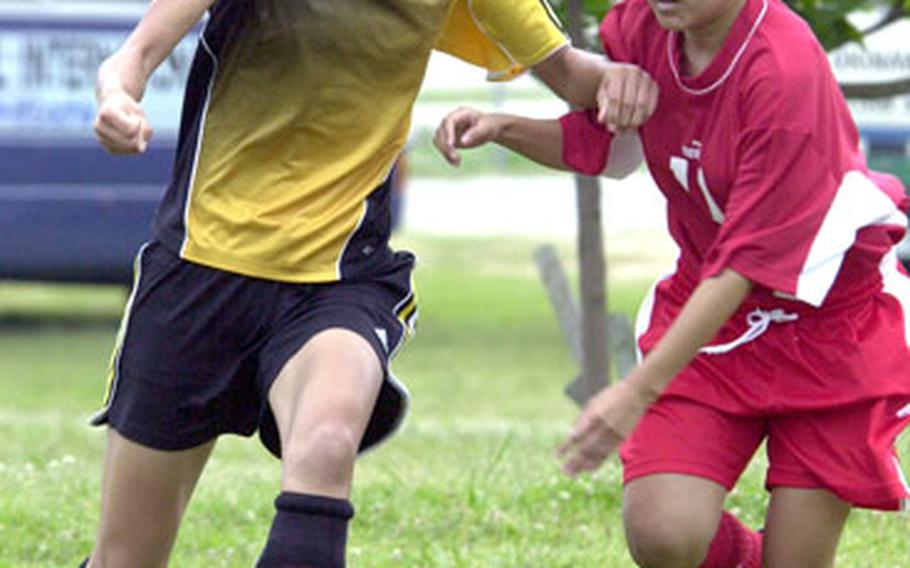 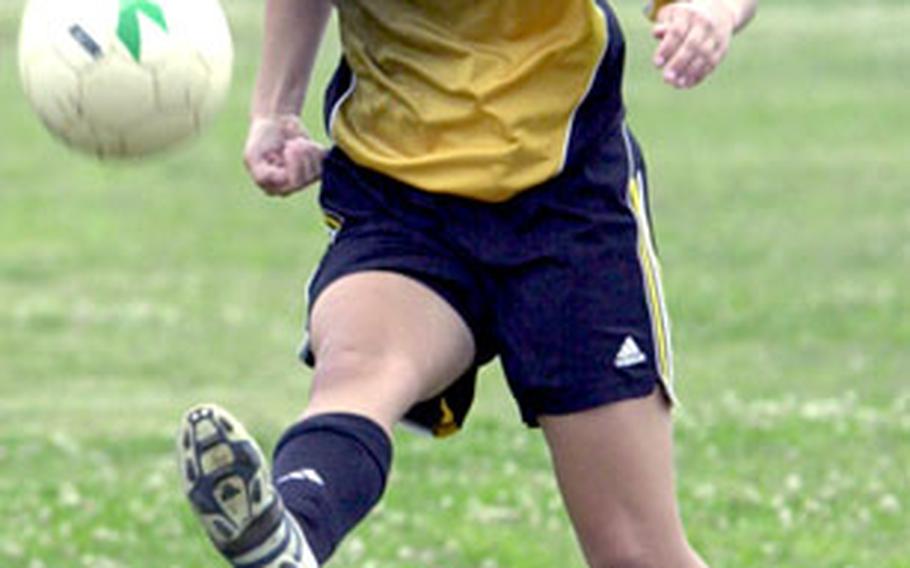 Taegu American senior Joanne Youngblood, who hadn&#8217;t scored a goal this season and had been relegated to playing defense because of injuries to other players, made the most of her chance when moved to forward this weekend.

Youngblood, who led Taegu American&#8217;s girls soccer team with 12 goals last season, scored six in two weekend matches, leading the Warriors past International Christian-Seoul 7-0 on Saturday and to a 3-3 tie with Seoul International on Friday.

The Warriors (4-5-2) fell behind Seoul International 1-0 at halftime before Youngblood led a scoring assault that rallied Taegu to the tie. Then Youngblood capitalized against the inexperienced International Christian-Seoul defense, scoring four times on repeated chances from 18 yards or closer.

Thompson said he&#8217;s hoping the Warriors can carry the momentum into next weekend&#8217;s Korean-American Interscholastic Activities Conference tournament at International Christian-Pyongtaek, then into the Far East Class A tournament at Iwakuni Marine Corps Air Station, Japan.

The freshman scored three times in two matches &#8212; twice on penalty kicks &#8212; to help boost the Trojans to a 2-1 victory over Robert D. Edgren on Friday and a 1-1 tie with the Eagles on Saturday on the road at Misawa Air Base.

Benton helped &#8220;change the entire complexion of play and sparked the offense,&#8221; Rivera said, while the defensive moves helped the Trojans do a better job of &#8220;clearing and playing the middle. Those three really made a big difference.&#8221;

&#8216;No letup&#8217; for Kinnick girlsJust because Nile C. Kinnick already had clinched the Japan Soccer League girls title before the spring break began didn&#8217;t mean the Red Devils would take things easy in the runup to the Class AA girls tournament.

There&#8217;s another fish to fry: winning the Kanto Plain Association of Secondary Schools title, which can happen if Kinnick defeats American School In Japan on Tuesday on the road. Kinnick is 11-0 overall, 10-0 in the JSL and 5-0 in Kanto.

Should Kinnick secure the Kanto title, Hindie said, he feels his team might have its best chance at a school-first Class AA crown, and that his team compares very favorably to the ones that reached the Class AA title match in 2000 and earned Final Four finishes in 2003 and &#8217;04.

Kadena, which was the runner-up in last year&#8217;s Class AA boys soccer tournament, changed from a diamond defensive formation to three fullbacks and added an extra midfielder.

The move paid off in spades over the weekend as Kadena shut out Okinawa Christian International 6-0 on Saturday, a day after defeating arch-rival Kubasaki 2-0. Kadena beat Kyuyo, a Japanese team, 5-0 on April 7, just before the spring break.

&#8220;So far, it seems to be working,&#8221; Panthers coach Mike Callahan said, adding that junior sweeper Alex Mierzejewski &#8220;has really anchored everything&#8221; in the back, while senior goalkeeper Ted Awana has shaken off leg injuries and returned to his form of past years.