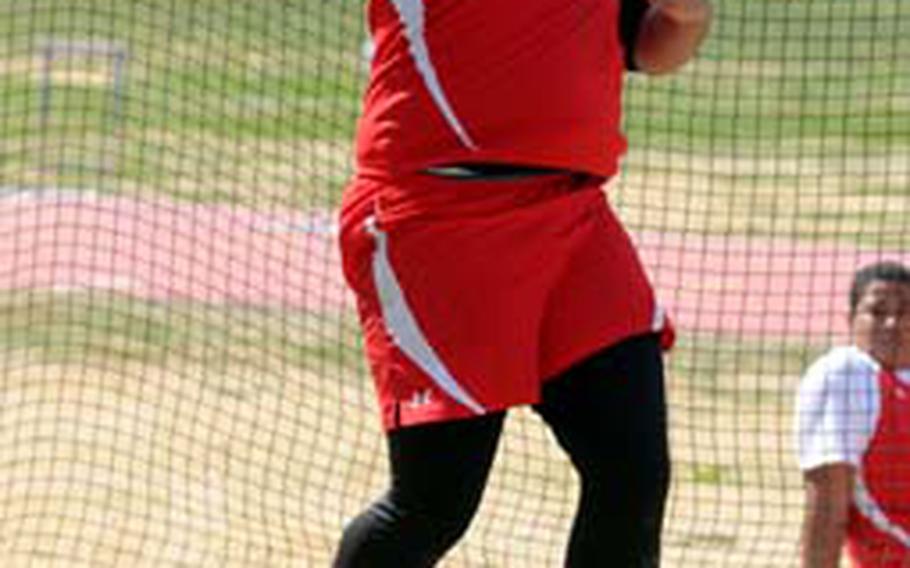 Like the sun rising in the east and taxes coming due April 15, there are things coaches and teams can almost always count on.

Take Bob Heckerl. His Seoul American baseball team for the third straight season opened the DODEA Korea season by beating Daegu American with one of his sons throwing a no-hitter.

Colton Heckerl has no-hit Daegu the past two years, including Saturday&#8217;s 15-1 rout of the Warriors at Camp Walker; Tristan Heckerl turned the feat in the 2008 opener.

It was a banner Saturday for Seoul&#8217;s defending DODEA Korea champion baseball and softball teams. Led by the pitching tandem of Katie Darby and Brittany Davis and shortstop Maria Garcia, the Falcons pounded Osan 24-2 and Daegu 19-5 at Camp Henry.

Kubasaki&#8217;s track and girls soccer teams have thus far come to count on a pair of sophomores. Jessica Powell for the second straight week swept the 800, 1,500 and 3,000 races in an Okinawa Activities Council track meet. Meanwhile, striker Elizabeth Fabila in the Dragons&#8217; four soccer victories has scored three goals in each, twice on Saturday.

Nile C. Kinnick track coach Al Garrido is starting to count on his Red Devils throwers to be at or near the top of the Kanto Plain Association of Secondary Schools meet standings every week. While Shannon Jackson won the shot put and discus for the second straight week, Adam Cason edged past last weekend&#8217;s winner, David de los Santos, in each. As a team, Kinnick&#8217;s boys and girls won 22 of a possible 28 golds in a mixed Kanto/DODEA Japan meet at Yokota.

The Falcons (4-1-1) won their third straight despite being outshot 18-5 and working with a makeshift defense.

Seoul&#8217;s girls weren&#8217;t so lucky. On Saturday, they tied Yongsan International-Seoul 1-1, the first time the Falcons hadn&#8217;t beaten the Guardians in school history.