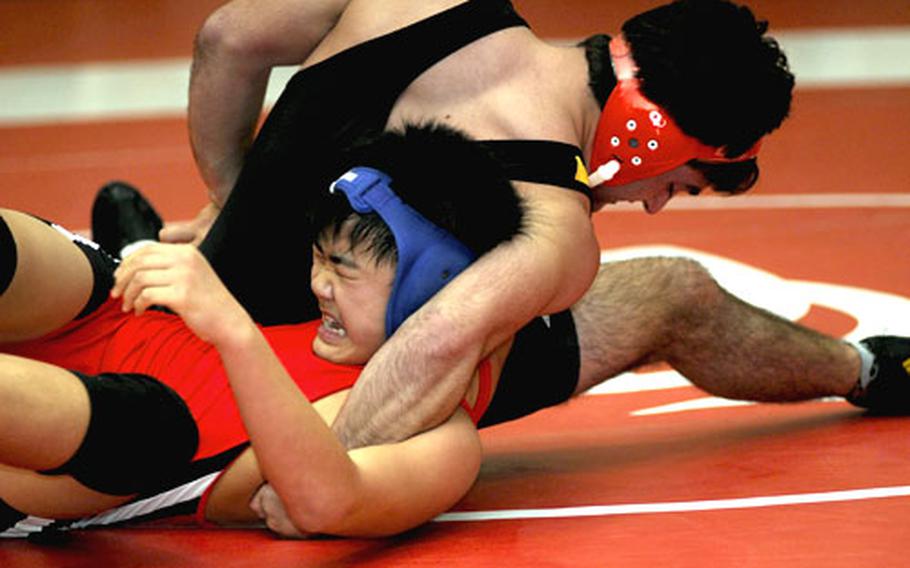 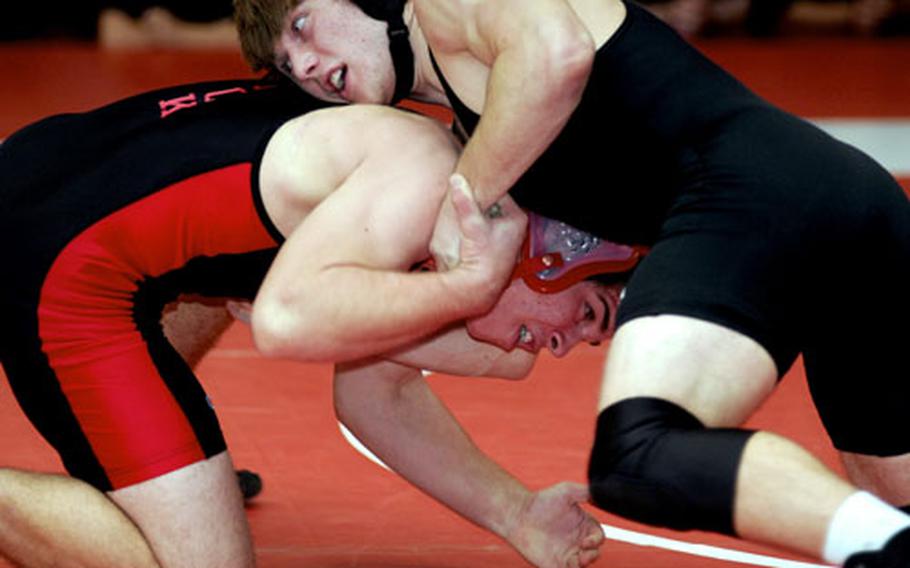 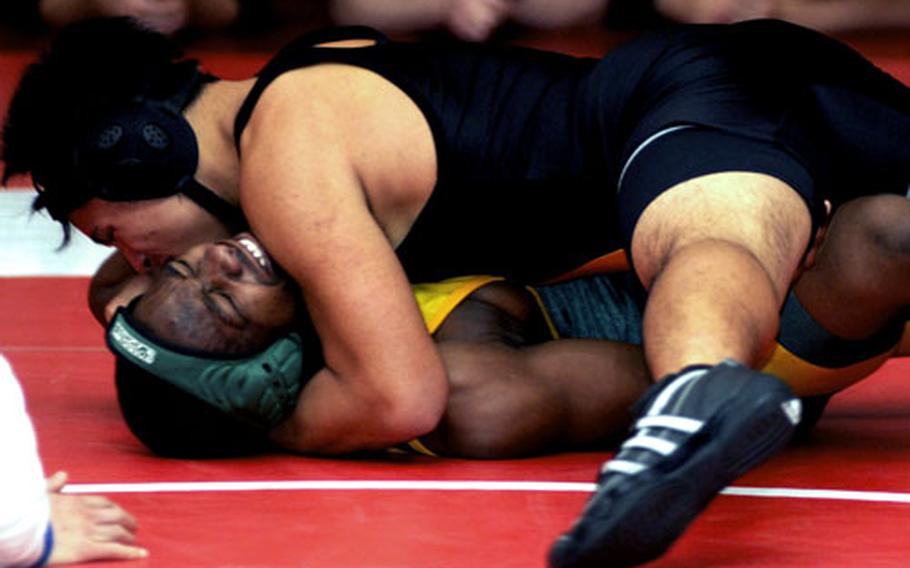 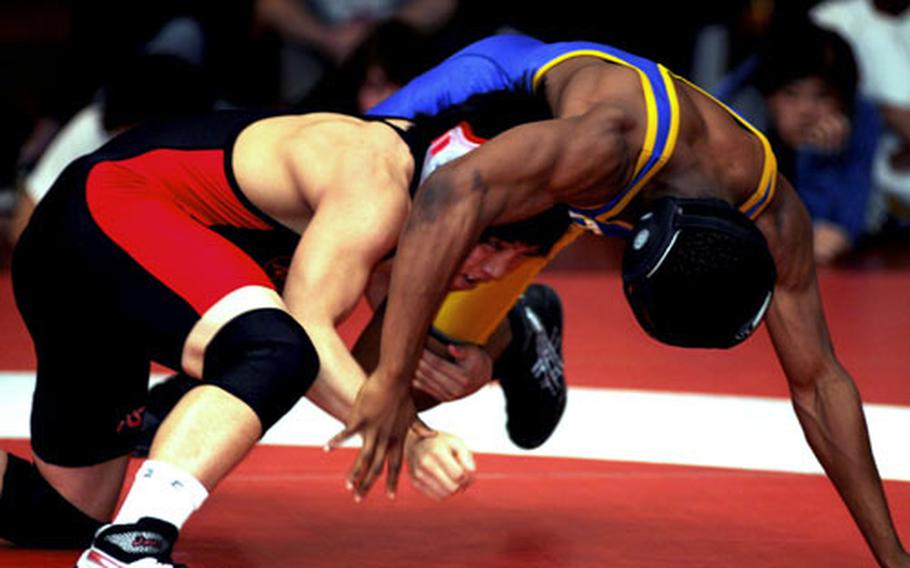 Gamble nailed a three-point throw late in the first period and overwhelmed Day 6-0 in the second to run his season record over Day, a defending Far East champion, to 3-0 in the first interarea competition of the season, Saturday&#8217;s Kinnick Invitational &#8220;Beast of the Far East&#8221; Tournament.

With the Gamble-Day outcome, true to its history, &#8220;Beast&#8221; might well have created another rivalry. They face each other at least three more times in the regular season, and perhaps again in the Far East tournament next month.

Day was the only one of four returning Far East champions not to win gold on Saturday. Kinnick&#8217;s Marcus Boehler (108), Harry Bloom of Kadena (158) and Zama American&#8217;s Michael Spencer (168) each prevailed in the finals.

Spencer perhaps had the hardest time, struggling through the first period before beating Kinnick&#8217;s Nick Gibbons by two-period decision.

&#8220;He&#8217;s a tough competitor,&#8221; Spencer said of Gibbons, one of many that Spencer acknowledges could be a threat to his defending Far East gold.

Kadena, the defending Far East dual-meet champion, placed seven wrestlers in the &#8220;Beast&#8221; finals, with five of them capturing gold, and the Panthers won the team title for the second time in three years. But coach Steve Schrock says the best may yet be ahead for his charges.