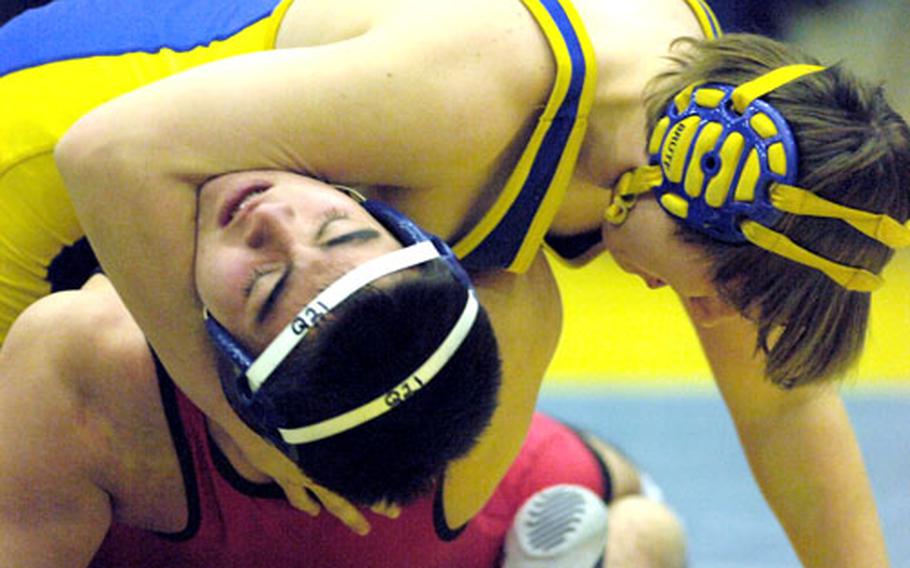 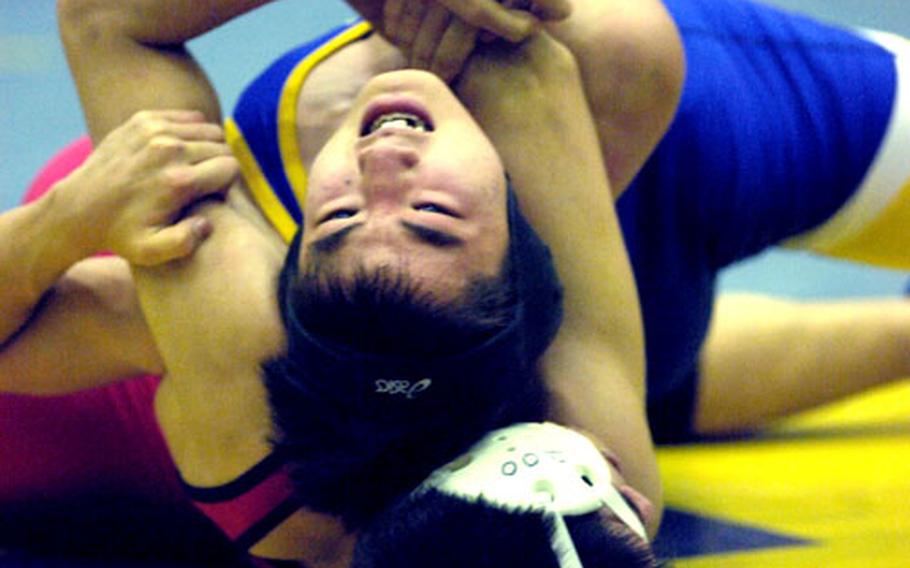 YOKOTA AIR BASE, Japan &#8212; The name St. Mary&#8217;s is synonymous, Yokota coach Brian Kitts said, with championships and champions. Thus, whenever any team defeats the Titans, whether in a dual meet or a tournament, it&#8217;s a &#8220;huge victory&#8221; for whichever program does it.

Kitts&#8217; Panthers did just that on Wednesday, beating the Titans for only the third time in the last 29 seasons and for the first time since the 1998-99 season.

Defending Far East champions Patrick Pamintuan, Jason Rodriguez and Zach Dopslaf each pinned their foes in a 40-24 victory in the Kanto Plain Association of Secondary Schools opening dual meet for both teams.

After the Panthers fell behind 8-1, Pamintuan (115 pounds) and Rodriguez (122) answered by pinning their foes, leading a Yokota assault of seven pinfall victories.

Two-time Far East tournament champion Mark Striegl (148) and Titans teammate Jon Michael Kwak (158) kept the Titans in it with quick pins, putting them ahead briefly 24-20, but Yokota won the last four bouts to seal the deal.

But that&#8217;s changing at Yokota, he said. Like at other Department of Defense Dependents Schools programs, coaches at Yokota usually get to watch wrestlers come in, develop and depart in short order. But this season, Kitts has four wrestlers who&#8217;ve worked under middle-school coach Mike Monahan the past few years.

As more wrestlers develop under current middle-school and JV mentors Mark Hanssen and Bo Veazey and varsity assistant and former Far East champion Dustin Haney, &#8220;that will give us more experience. The credit goes to the kids, the coaches and the middle-school program.&#8221;