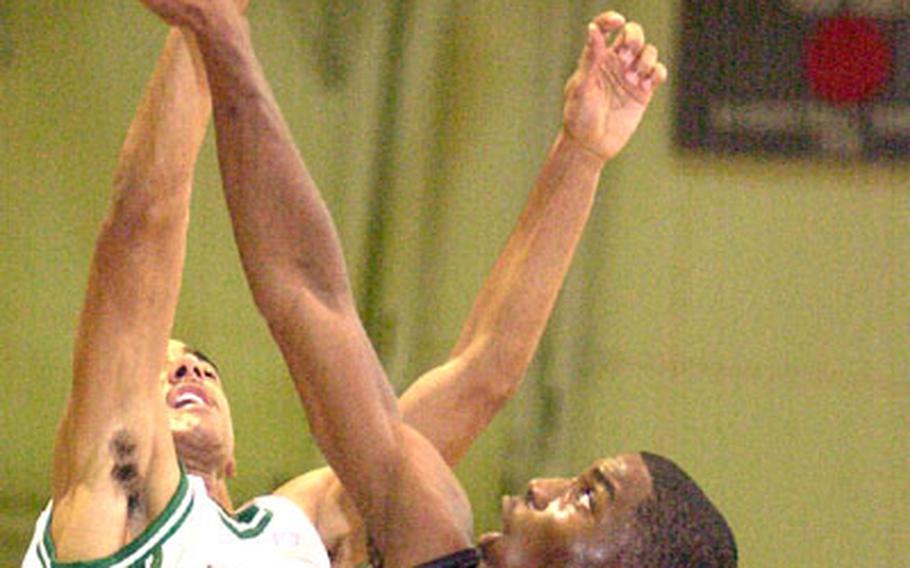 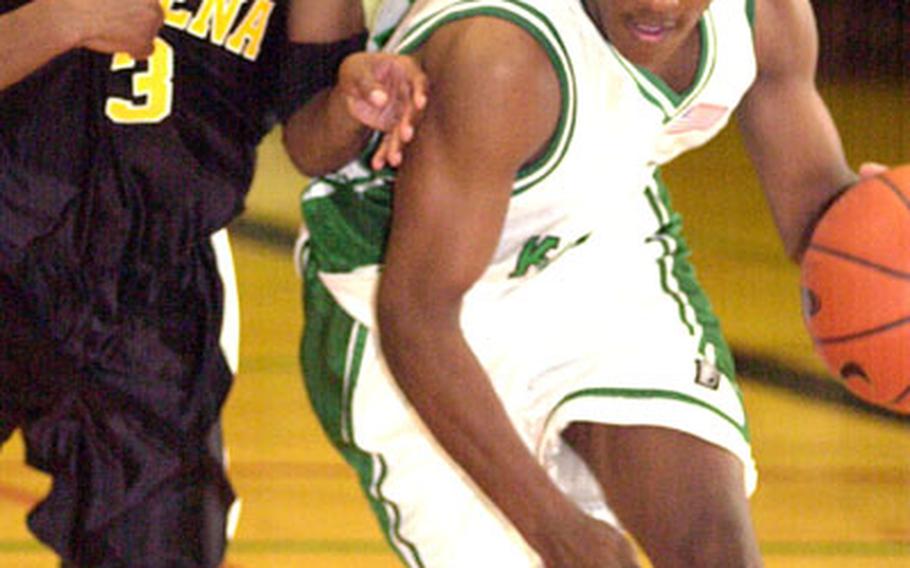 Jackson has 87 points, 31 rebounds and 11 blocks in his past two games, including Kadena&#8217;s 95-79 victory last Saturday over Maehara, a Japanese team.

Panthers senior guard Tyler Schmidt keyed a 15-4 run with a driving layup late in the first quarter, and the Panthers led by as many as 11 before Thompson&#8217;s inside bucket cut it to 46-44 just before halftime.

Carson scored 14 third-quarter points, two on a driving layup just as the shot clock expired, sparking the Dragons to an 11-point lead. But Kadena rallied, with Schmidt&#8217;s jumper from the right side slicing it to 70-69 as the third quarter ended.

In that game, senior Ronnie Stephens led the way with 22 points, but he sprained an ankle during the tournament and hasn&#8217;t played since.

Dragons coach Chris Sullivan said not having Stephens was a factor, as were fouls &#8212; Kubasaki lost starting guard Vincent Hobbs and forward Reggie Pearson to foulouts, in addition to Carson.

Unlike the boys&#8217; shootout, the Panthers-Dragons girls game began and ended as a one-sided affair, as Kadena junior Liz Cotto and senior Sherlissa Dukes scored 16 points each in a 61-41 romp over Kubasaki in a battle of the past two Far East Class AA Tournament champions.

At Osan Air Base, South Korea, junior point guard Jay Higgings scored 19 points and grabbed 15 rebounds as the Falcons improved to 2-0 in the Korean-American Interscholastic Activities Conference with a rout of Osan American on Friday.

The 6-foot-5 Higgins played in the shadows of back-to-back Far East Class AA Tournament MVPs Nino Etienne and Jake Abramowitz, but showed that he&#8217;s ready for a starring role.

Boyd&#8217;s other advantage was putting Phillippe Anglade, a quick defender, on Cougars scorer Chris Durham in a &#8220;box-and-one&#8221; defense. Durham, who had nine first-quarter points, was held to four the rest of the way.

"Our defense was tough," coach Charlotte Hicks said. "I was surprised at how the game went. The girls played tough defense and worked on being more patient on offense. Awesome game for us tonight."