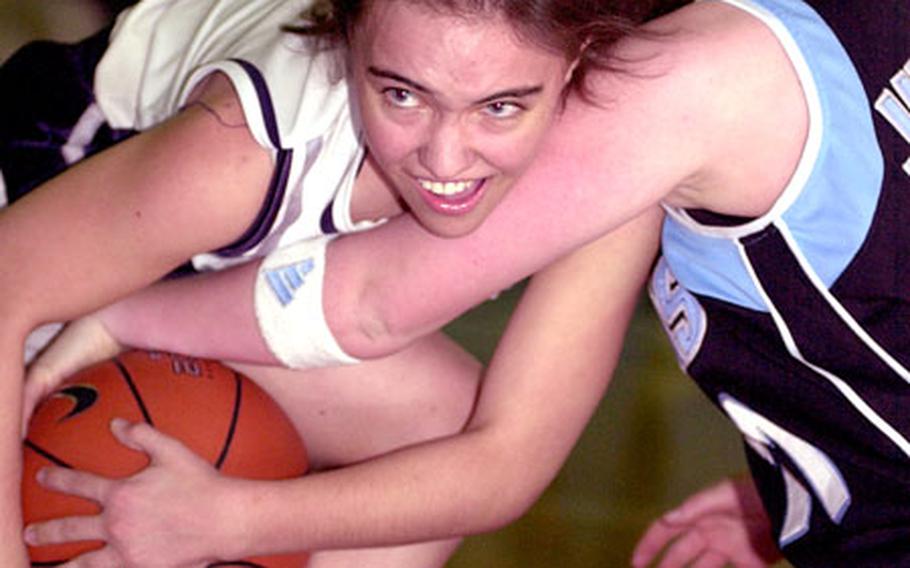 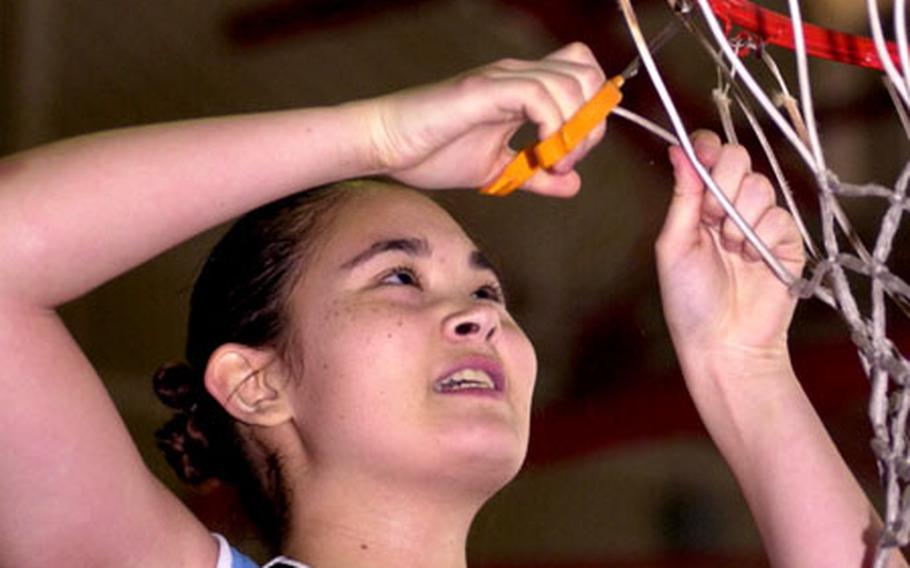 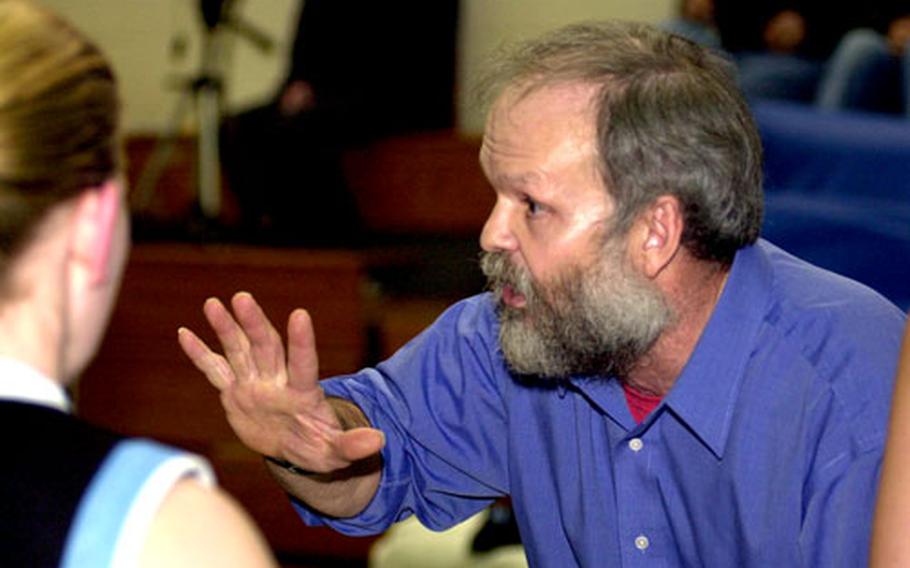 This time, the Cougars would not be denied.

After two straight heartbreaking losses in the Far East High School Girls Class A Basketball Tournament final, Osan American defeated Faith Academy of the Philippines 49-41 for its third small-schools championship in the past five years.

Osan finally took the lead for good with 5:05 left when senior Sharon Kroening hit from the left side, making it 38-37 and sparking an 11-1 run from which the Vanguards did not recover.

It was a marked turnaround from the past two finals, in which the Cougars&#8217; foes rallied to victory.

Elizabeth Juergens scored 14 points, including key baskets in the final quarter, as the Cougars overcame 23 turnovers and dominated the boards, outrebounding Faith 40-21.

It was Faith&#8217;s first loss in seven trips to Center Court.

Coach Dan Beaver credited Barker and the Cougars for the defensive play of Juergens, Suzi Devin and Destiny Harris that held three-point specialists Sarah Adams and Ye Min Jang to no baskets beyond the arc. Crystal Ballentyne led the Vanguards with 19 points, including two threes.

On the Class AA circuit, it was an all-DODDS-Pacific parade, as the Kadena and Yokota boys and Seoul American and Nile C. Kinnick girls earned berths in Saturday&#8217;s finals.

The all-Panthers boys final also features Yokota, reaching its first final since 1993. The Panthers pulled away in the final period for a 55-46 triumph over Taiwan&#8217;s Morrison Christian Academy.

The Vanguards, who have won eight Class AA, Class A or other Pacific invitational tournament titles, rallied from a 14-point third-quarter deficit to dethrone St. Paul.