Old rivals to meet in European girls Division I finals 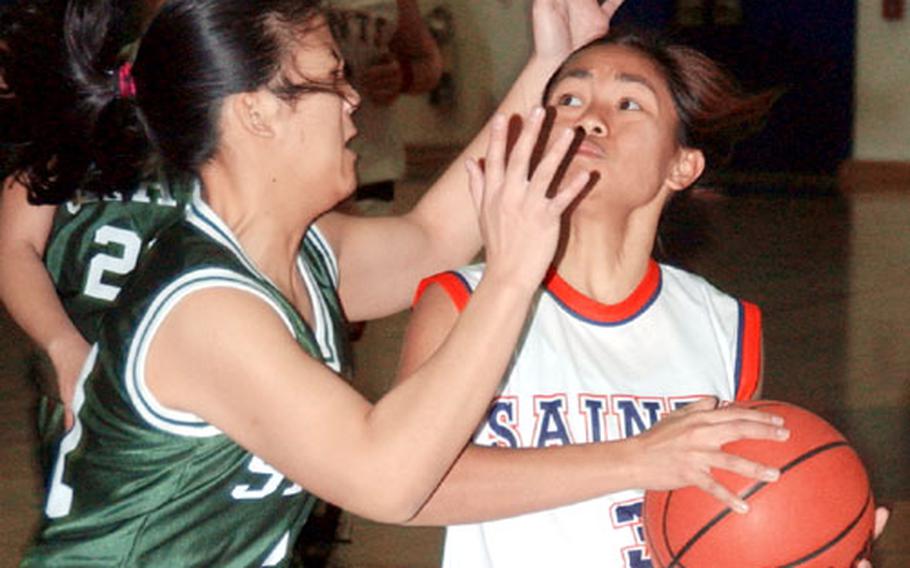 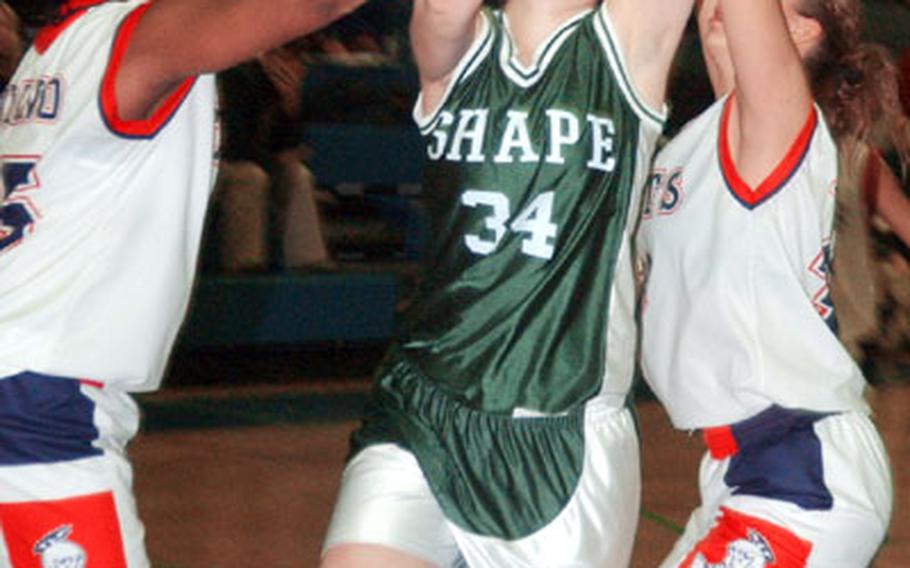 MANNHEIM, Germany &#8212; Neighboring rivals Ramstein and Kaiserslautern, who between them have won seven of the last eight girls&#8217; European Division I basketball crowns, will make it eight of nine Friday when they square off in the final.

Their semifinals Thursday couldn&#8217;t have been more different. Ramstein rolled past defending champion Lakenheath 55-22, while top-seeded Kaiserslautern had to go to the line to defeat third-seeded Heidelberg 41-36.

Grosselin had 28 points despite sitting out the fourth quarter. She scored eight points and made four assists off steals produced by double-teaming every Lakenheath player who made the mistake of picking up her dribble. The tactic produced 9-0 and 8-0 second-quarter runs for Ramstein, and a 32-14 halftime lead.

Lakenheath, which defeated Ramstein 59-57 in last year&#8217;s title game, also was hampered by the absence of all-conference guard Meme Smith, declared ineligible for the tournament for undisclosed reasons. Megan Carradine led the Lancers with 13 points.

The game was a continuation of the defensive dominance Ramstein demonstrated in Wednesday&#8217;s 37-33 pool-play victory over Kaiserslautern. Ramstein outscored K-town, which defeated the Lady Royals twice in January, 15-1 over the opening seven minutes and never looked back.

In its semifinal, Kaiserslautern made 27 of 36 free throws.

Bianca Gerena-Perez, a 60 percent free-throw shooter during the regular season, led the way, hitting nine of nine after missing her first try Thursday. She hit four straight in the first 2:46 of the fourth period after Heidelberg cut the deficit to 23-22.

Dupe Babatude led Kaiserslautern with 10 points, eight of them in the final period and six of those on nine free-throw attempts.

Patch stuns Naples: In a Division II pool-play game Wednesday night, Nicole Anderson sank the winning free throw with less than 10 seconds to play as fifth-seeded Patch pinned the first defeat of the season on Naples 38-37.

No. 8 Milan dumps Iceland: Lauren Leismer made an 8-foot put-back basket with seven seconds to play Thursday, giving the eighth-seeded Panthers a 37-35 victory over fourth-seeded Iceland in the Division IV tourney.

The win, which came after Iceland&#8217;s Candise Apling hit a three from the left wing with 35 seconds left to tie the game at 35, left Milan with a 2-1 pool-play record. Iceland fell to 1-2.

Rota, Hohenfels cruise: In the Division III tournament that began Thursday, third-seeded Rota crushed Bamberg 52-33, and No. 4 Hohenfels stopped the American Overseas School of Rome 42-27. Top-seeded Ansbach, the defending Division III champion, and second-seeded Sigonella were idle Thursday, and will join the top six from Thursday&#8217;s play in an eight-team, single-elimination bracket Friday.

Championships for Divisions I and IV are scheduled for Friday. Divisions II and III will play their finals on Saturday at Mannheim.