Novice bouts or not, boxers at Baumholder pack a punch 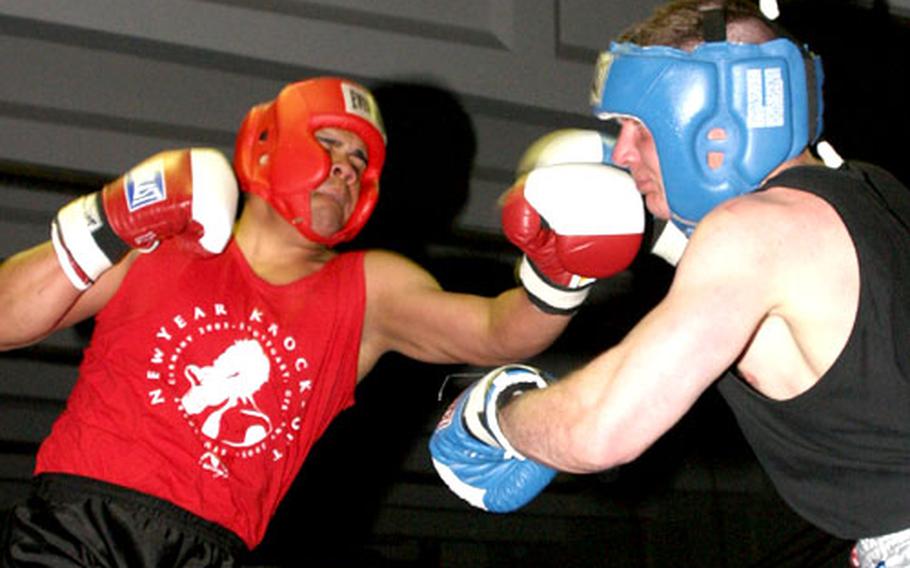 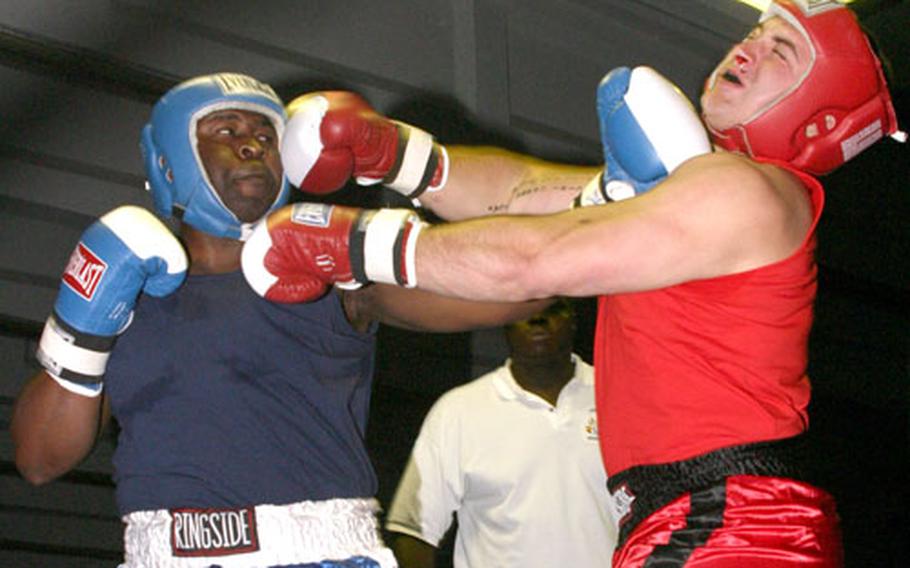 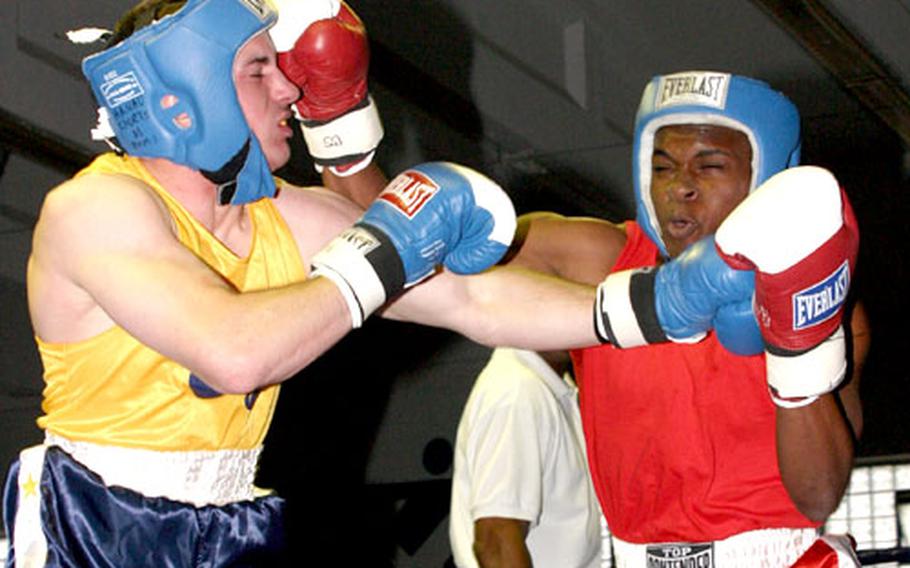 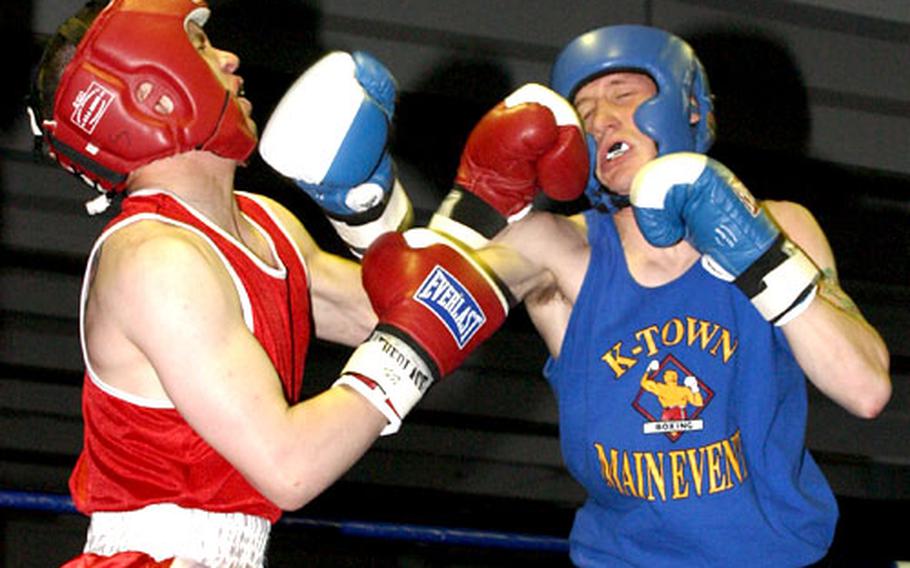 Smith picked up No. 10 by decking his opponent in the opening seconds of their three-minute bout and coming back himself from a stumble as he was backpedaling and leaning back from a blow in the third round. He took a standing eight-count after the fall was ruled a knockdown.

Smith&#8217;s transition to an open boxer was punctuated by the maturity he showed after landing a right hand that put Bryant down while the opening bell was still echoing through the Hall of Champions gym here.

As usual in novice bouts, energy and enthusiasm far outweighed technique in Saturday&#8217;s bouts, which were aptly named &#8220;Baumholder Days.&#8221; It was clearly Baumholder&#8217;s night, at any rate, as hometown boxers won no fewer than seven of the nine bouts en route to a 56-14 team victory over runner-up Heidelberg.

Five of the nine bouts pitted Baumholder boxers against one another, but that was all right with super heavyweight Rayshawn Penn, who claimed a dominating 3-0 decision over fellow Baumholder Bear Nick Moradi.

Friedberg&#8217;s Carlos Wright claimed a 2-1 light middleweight victory over Heidelberg&#8217;s Nicholas Tucker in the evening&#8217;s most energetic bout. Encouraged by the three one-minute round format used for all bouts Saturday, both boxers exchanged punches unceasingly throughout.

Troy Schmidt of Baumholder posted the KO of the night, when he flattened Thomas Elizando of Baumholder with a right to the earhole of Elizando&#8217;s headgear. Elizando ended up reclined against a ring post and remained unconscious there for several seconds until revived by the ring medics.

Europe&#8217;s next boxing tournament is scheduled July 9 at Grafenwoehr.