North-south bragging rights on the line in softball, baseball 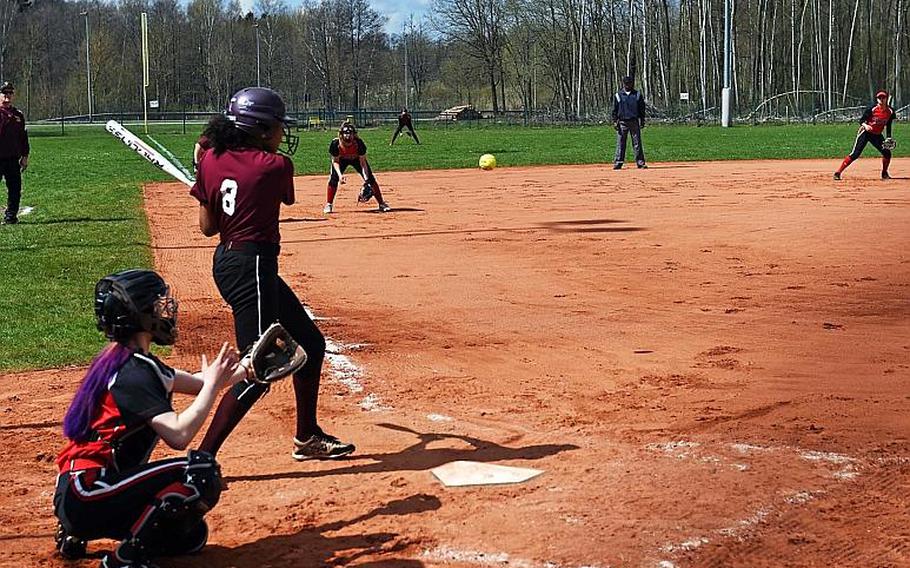 DODEA-Europe’s growing trend of multiple-team meets continues on the diamonds of northern Italy this weekend.

Vicenza welcomes Naples, Stuttgart and Vilseck to town for a four-school Division I series, while Hohenfels, Rota and Sigonella visit Aviano for a Division II/III version. Each participating team will play four games on the weekend, substantially fleshing out their regular-season schedules and providing a clearer picture of the divisional championship races as the postseason looms less than a month away.

Naples sits atop the Division I baseball standings with six wins in as many games, including four defeats of winless divisional and Italian rival Vicenza. But the Wildcats will face unprecedented tests this weekend in the form of Friday and Saturday matchups with the perennially tough Stuttgart Panthers. First-game victories in doubleheader splits with Wiesbaden and defending champion Ramstein suggest this Panthers team has the goods to put the program back in the European championship game.

The Division I softball meet, meanwhile, offers its four competitors the chance to improve their postseason positioning. Naples and Vicenza have traded wins and losses in their four matchups to date, while rebuilding Stuttgart is winless in four games. Vilseck holds perhaps the most upside of the group, having played powerhouse reigning champion Ramstein largely even in 15-14 and 19-11 losses a week ago, and could play its way into a premier tournament seed with a strong showing this weekend.

The softball slate in Aviano, meanwhile, features a game that is both a rematch of a close game from a weekend ago and a potential preview of next month’s final. Rota defeated Sigonella 3-2 on April 21, a day after Sigonella throttled Rota 9-1, suggesting a rivalry that still has plenty of chapters left to unfold before spring’s end.

The four Division II/III baseball teams in action at Aviano this weekend are locked in a four-way scrum in the small-school standings behind Spangdahlem, which bested Hohenfels in its only two divisional games to date. Any of the four squads could vastly improve its postseason stature with a winning mark among this weekend’s four games.