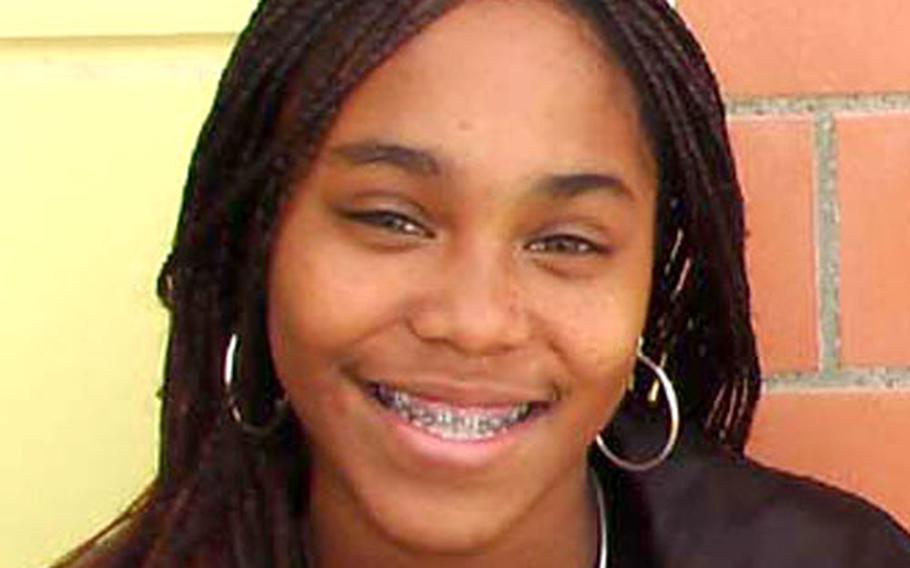 Nyrika Davis was clocked running the 100 meters in 11.28 seconds Saturday, but because rain made it impossible to use the fully automatic timing system, the time was registered on stopwatches and is not considered official. Had it been, the time would have been a DODDS-Europe record. ()

If the head timer at last Saturday&#8217;s meet is accurate, Naples sprinter Nyrika Davis has run herself into elite company.

In her first 100-meter race of the season, on a wet track at Naples, Davis was clocked at 11.28 seconds, according to the stopwatch of the timer, meet director Richard Elliott of Naples said.

But the chances that Davis, who ran 12.88 in a heat in the 2006 European championships last May before finishing third in 13.35, will have her 11.28 entered into the DODDS-Europe record book are as cloudy as Saturday&#8217;s weather.

Unfortunately for Davis, Saturday&#8217;s rain, heavy enough to cause Elliott to cancel the hurdles and field events for safety reasons, took fully automatic timing (FAT) out of the picture.

&#8220;The weather would have ruined their equipment,&#8221; Elliott said the officiating crew told him, leaving this meet to be timed by stopwatches and the recognized human vagaries that go with them. For example, hand-held times are automatically increased by .24 seconds to adjust to the time FAT would have recorded for the same race.

Both timers, whom Elliott declined to identify, are experienced officials, he said. &#8220;The head timer is the track and field commissioner for the Naples Officials&#8217; Association,&#8221; he added.

For her part, Davis did not sound particularly upset by the likely decision.

DODDS-Europe athletic director Karen Seadore wrote Wednesday in an e-mail to Stars and Stripes that her office is looking into Saturday&#8217;s timing situation and will issue a determination on Davis&#8217; 11.28 later in the season.

Thursday, however, that determination seemed already to have been made.