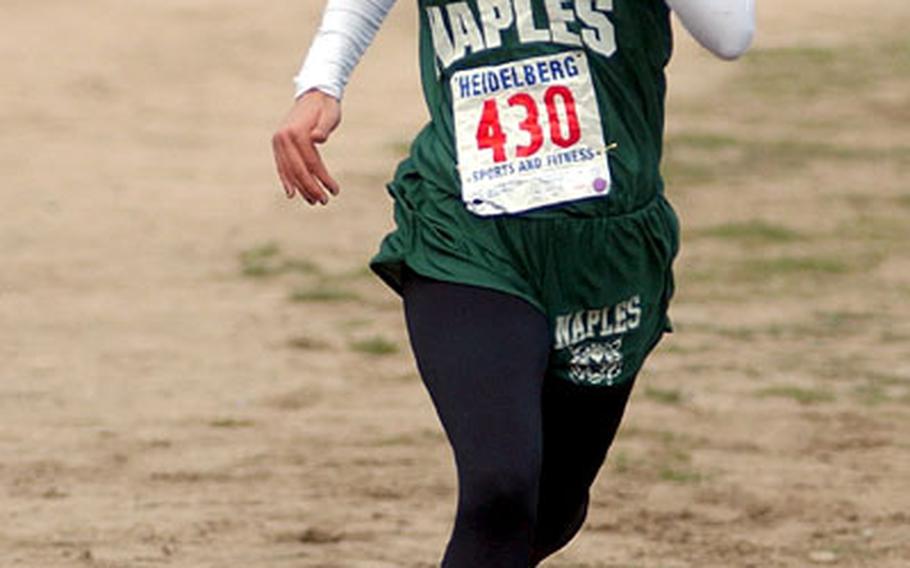 She left with a personal-best, gold-medal time, an impressed field of competitors and a lot of plans for the future.

Her victory was just as clear. Those left in her dust were grateful to have run with her.

Saturday wasn&#8217;t the first time Williams has run successfully in Germany. Last May in Wiesbaden, she won the European 1,500-meter championship in her first effort there. She plans to repeat the feat this May, with luck.

But breaking European track records aren&#8217;t her only goals. She has more grueling events in mind.

&#8220;I want to compete in the triathlon,&#8221; said Williams, who began running seriously as a sixth-grader.

Naples cross-country coach Dale Hamby, for one, thinks Williams has the stuff to be an effective triathlete.

Hamby indicated that the intensive training involved for Williams&#8217; goals will be a labor of love.

It also helps that her mother is a physician&#8217;s assistant.

In addition to the triathlon, Williams, who said she&#8217;s planning to graduate a year early, has her eyes, logically, on the marathon.

In the meantime, however, there&#8217;s high school, to which she brings the discipline she applies to running, according to Hamby.

Hamby plans to enjoy his association with Williams for as long as he can.

If only to see what the future holds.