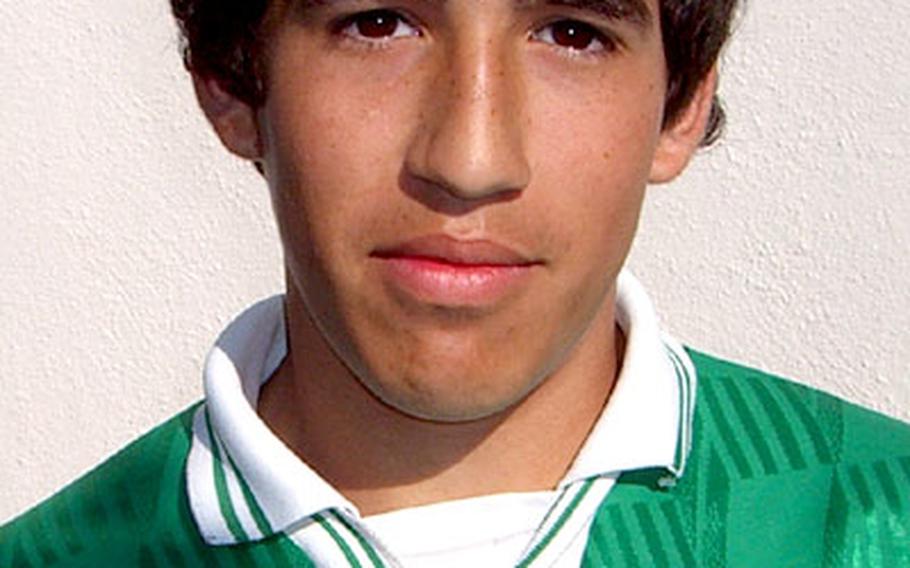 Chris Campos is the second-leading scorer on the Naples soccer team with six goals, and won the 112-pound DODDS-Europe wrestling championship this year. (Courtesy of Campos family)

Naples&#8217; Chris Campos is proving he can excel on the field as well as on the mat.

The 15-year-old freshman is heading into this week&#8217;s Division II soccer tournament with six goals, including a pair of two-goal games.

Earlier this year, he wrestled his way to the top of the 112-pound class in the DODDS European championships.

Soccer, it seems, is in his blood. Two of his three older siblings played DODDS soccer: his older brother, also named Carlos, was All-Europe and a sister, Alicia, was all-conference.

Having talented siblings helped Campos improve his game, according to his father.

&#8220;The youngest gets a chance to be the best because he emulated the older ones,&#8221; said the dad, the assistant special-agent-in-charge for the Naples Navy Criminal Investigative Service office.

He isn&#8217;t the only one who believes the young Jacksonville, Fla., native benefited from watching others play.

&#8220;Despite his age, he plays soccer like a veteran,&#8221; said Naples coach Modesto Guariniello.

Campos is the second-leading scorer for Naples, which enters the tournament with a 4-1-0 regular-season record. Only senior Dylan Montambo, who recently earned a soccer scholarship to Old Dominion University in Virginia, has more goals.

While his soccer prowess may be par for the Campos clan, his wrestling success is something new.

Campos, whose only previous wrestling experience was playing around with friends and relatives, credits his success to Naples athletic director and wrestling coach Jim Hall.