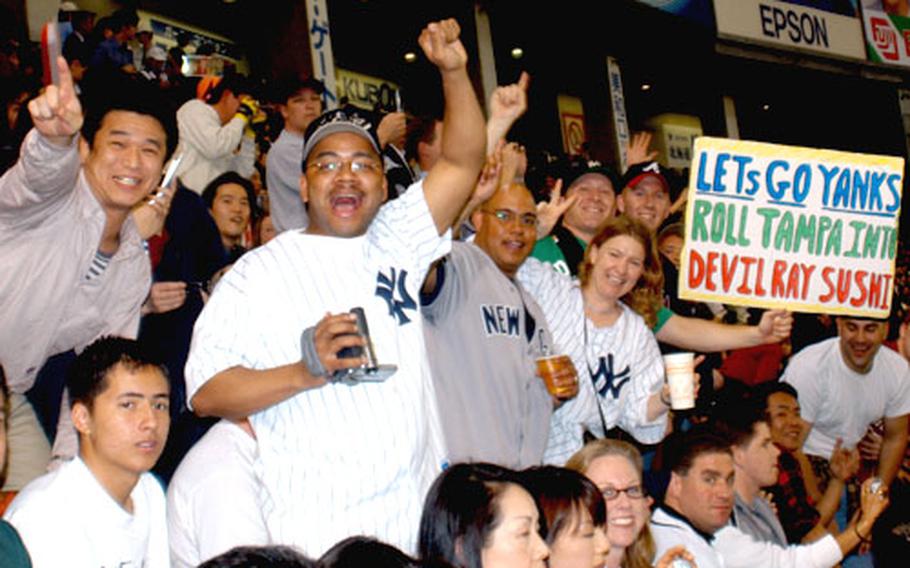 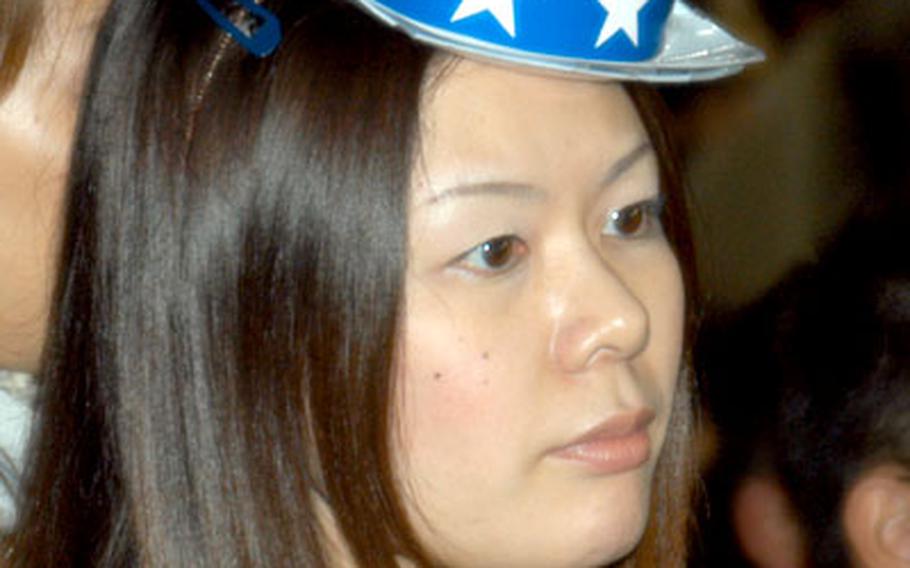 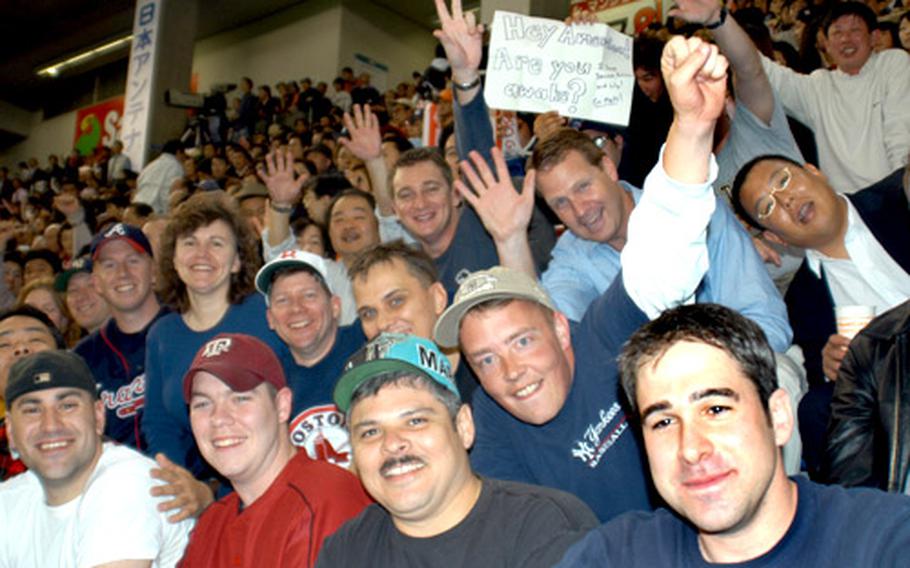 TOKYO &#8212; Spotting the Americans within a sea of Japanese fans who filled up the sold-out Tokyo Dome for Tuesday&#8217;s Major League Baseball season opener between the New York Yankees and Tampa Bay Devil Rays was a tricky task. Hearing them was no problem at all.

Tucked away in the bleachers beyond the left and right-field walls, U.S. servicemembers and their families formed raucous cheering sections easily distinguishable beside the traditionally laid-back Japanese crowd.

Jason Giambi&#8217;s two-run homer in the first inning landed about 40 feet away.

They did on Tuesday night, however, falling 8-3 after the lowly Devil Rays rallied against Yankees starter Mike Mussina.

That didn&#8217;t seem to bother anyone too badly in the Yokota contingent &#8212; at least early on &#8212; as the servicemembers did their best impersonation of the Yankee Stadium &#8216;bleacher creatures,&#8217; brandishing placards partial to the Bronx Bombers and serenading their favorite stars.

When tickets went on sale at Yokosuka Naval Base, Senior Chief Petty Officer Tom Farrelly, an information technician for Submarine Group 7, and six of his friends camped out for six hours to secure their seats. From his spot in the right-field bleachers, he said it was time well spent.

Lt. Col. John Latch, an optometrist at Camp Zama&#8217;s medical clinic, came to Tuesday&#8217;s game with his family on a trip sponsored by the post&#8217;s youth center. His wife, Laura, another New Yorker, was more interested in the pregame festivities, when Rudy Giuliani, the city&#8217;s former mayor, tossed out the ceremonial first pitch with Japanese Prime Minister Junichiro Koizumi.