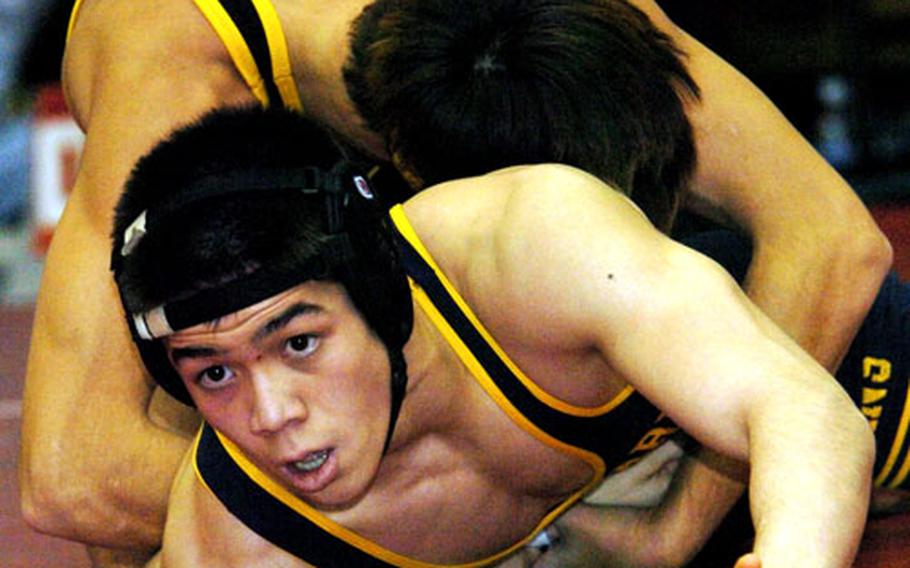 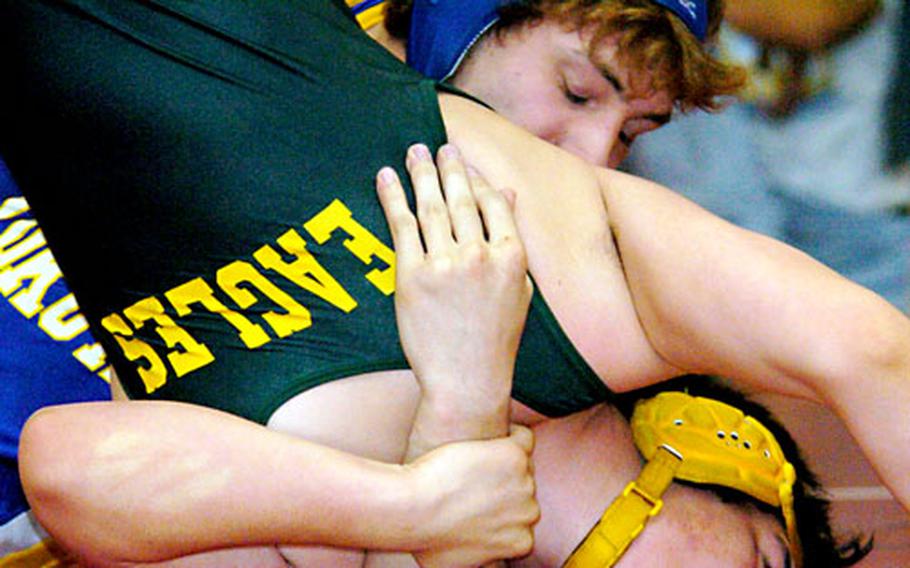 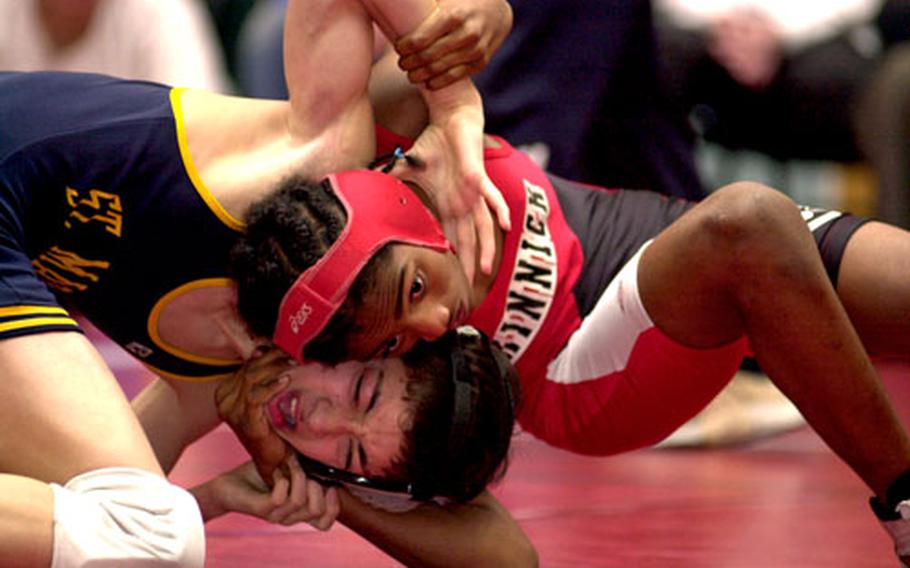 Tunis, who won Far East gold last year at 180 pounds, competed for the first time this season after nursing injuries. Burnett had wrestled in 22 bouts and won four gold medals in four in-season tournaments this season.

Tunis was one of four 2004 Far East champions to win gold medals in a tournament that featured nine winners from last February&#8217;s Department of Defense Dependents Schools-Pacific tournament at Yokota.

Saturday&#8217;s tournament was the only in-season event this season to feature DODDS and international schools from all areas of the Pacific.

The event provided an unofficial Far East championship for private schools while serving as a tuneup for DODDS schools for Far East, scheduled for Feb. 17-19 at Yokota.

Thirteen schools and more than 100 wrestlers competed in 366 bouts during Saturday&#8217;s 11-hour event.

While St. Mary&#8217;s, the tournament favorite, did what was expected, there were a few upsets.

Zolboo Enkhbayar of Brent International-Subic, the only two-time Outstanding Wrestler in Far East tournament history, gave up two points in each of his two bouts Saturday.

During his rampage to the 148-pound title, Enkhbayar impressed one of his foes, Josh Dowers of Seoul American, who lost to him by technical fall.

He won a superior decision over Joey Wood of Kinnick, last year&#8217;s 158-pound titlist, then won a decision against defending 168-pound champion Devon Copeland of Kadena in the 168-pound final.

So will Tunis and Burnett.