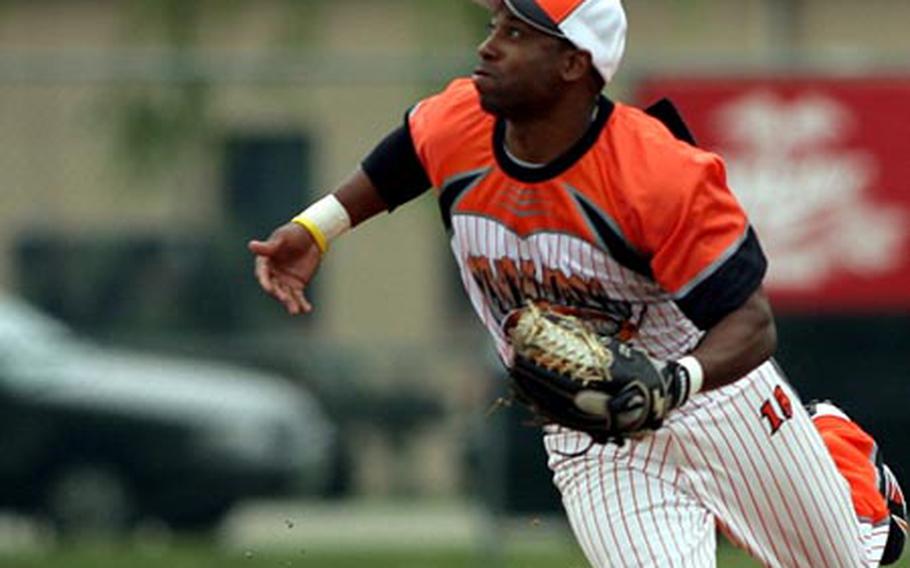 He&#8217;s served as the All-Army team captain, led the All-Armed Forces tournament in batting and his team to the tournament title the past two years. Elmer Mason now has a chance to make it a hat trick.

Mason was one of six Pacific-based soldiers, four in South Korea and two from Okinawa, selected to attend the All-Army men&#8217;s softball tryout camp scheduled for Aug. 26-Sept. 18 at Fort Benning, Ga.

Selected from Okinawa were outfielder Chris "Smoke" Stevens of Torii Station and infielder George Isla of Fort Buckner. They play for American Legion (46-1).

Isla and Stevens are vying for first-time berths on the All-Army team, which plays in the All-Armed Forces tournament Sept. 19-24 at Naval Air Station Pensacola, Fla. Army&#8217;s men and Air Force&#8217;s women have won the event the last two years.

The All-Armed Forces teams then play in the the Amateur Softball Association national championships Oct. 1-5 at ASA&#8217;s national headquarters in Oklahoma City.