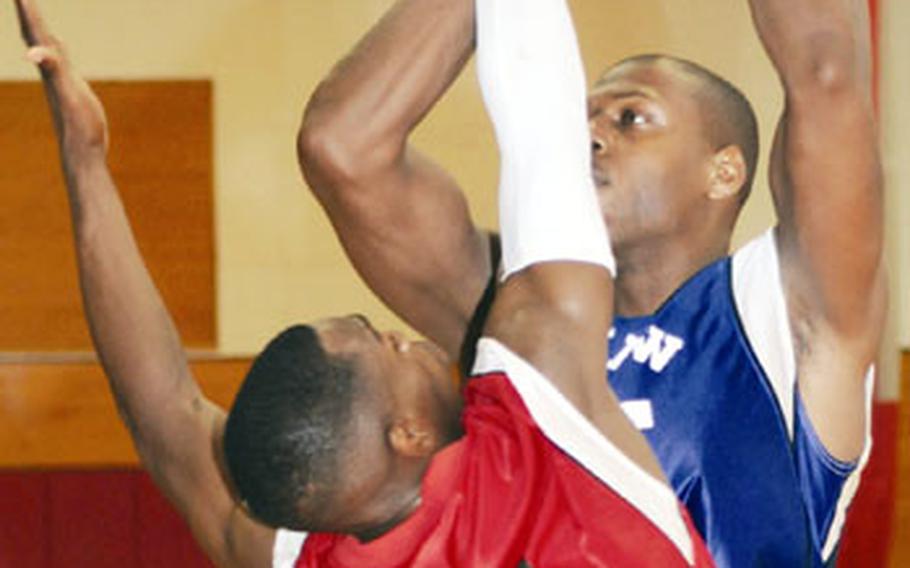 Shanks scored 35 points, including six three-point goals, and Nix had 21 points and 22 rebounds as Wing won its third consecutive Far East Regional basketball title with a 90-72 victory over Marine Corps Base Camp S.D. Butler 90-72 on Saturday.

Nix, who also had seven assists, five steals and three blocked shots, said the only statistic that matters to him is the "W."

Shanks scored eight points as Wing burst out to a 13-2 lead. But Base, riding Shun Haskins&#8217; 17 points, including 7-for-7 at the foul line, kept it tight the rest of the half.

James Meak gave Base its last lead at 36-34 on a shot from the right side with 2:45 left in the half. Nix&#8217;s baseline shot 25 seconds later sparked a nine-point run that put Wing back in the lead.

That was as close as Base got, as Shanks hit two late threes. Nix&#8217;s steal and dunk with two minutes left put the exclamation point on the victory. Haskins led Base with 23 points.

"We expected Nix to do that, but we didn&#8217;t expect Shanks to score 35," Base coach Kevin Cochran said, calling Shanks a "momentum killer."

"Every time we had the momentum, they gave the ball to Shanks and he killed it. He was the difference."

The tryout camp is slated for April 19-May 9, with the All-Armed Forces Tournament May 10-18 at Naval Support Activity Mid-South, Millington, Tenn.