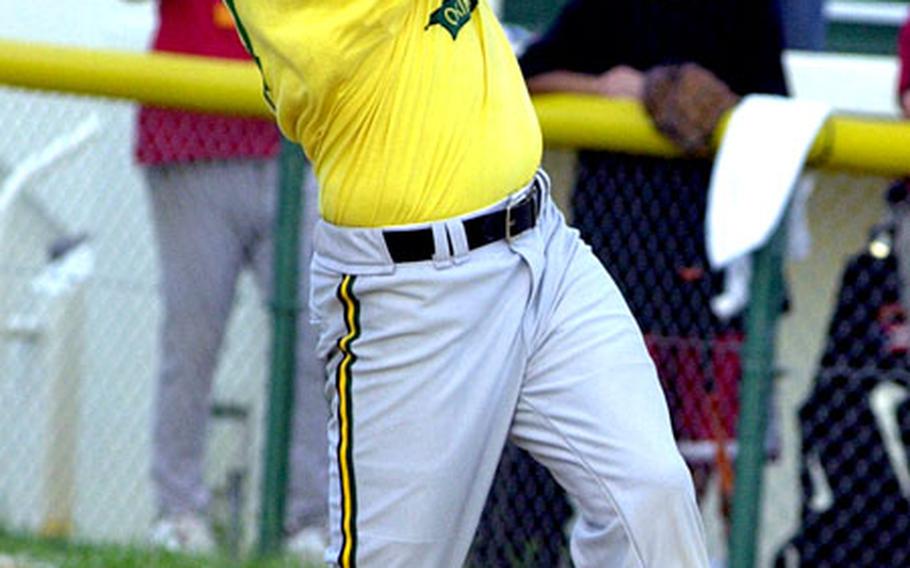 Among his feats over a 20-year Marine Corps career, Chaney was selected All-Marine outfielder four times, twice was picked All-Armed Forces and for several years was a key player for Pacific Force, the region&#8217;s top open team of the last 20 years.

Of all the years he played, 1999 will be foremost in his mind, he says of the year he was one of seven Pacific Force players chosen for the All-Armed Forces team.

&#8220;That stood out,&#8221; Chaney said Wednesday, the day before he called it a Marine Corps career and flew back to his home state of Michigan.

The 39-year-old from Hazel Park, Mich., retires as a gunnery sergeant, with most of his years spent in security forces. The last two years, he was a first sergeant with 3rd Force Service Support Group at Camp Kinser.

Most softball veterans in the Pacific will remember Chaney as a polished all-around player.

Chaney is more closely associated with Pacific Force, an open team of players from all services that formed in 1989 and won 39 tournaments on the Pacific interservice Grand Slam circuit before disbanding earlier this year.

Pacific Force won 10 straight Grand Slam tournaments, becoming the first and only team to ever sweep all four Grand Slam titles in one calendar year, and reaching the finals of 12 in a row.

&#8220;Playing for Pacific Force and that stretch when we won the Grand Slam, went to All-Armed Forces and played together. That will stand out,&#8221; Chaney said last week, while playing for a company-level team in the Commanding General&#8217;s Cup tournament at Camp Foster.

After his Marine regional title-clinching feats of last August, Chaney says he began to shy away from the game, preferring to spend time with his wife, Jiab, and three daughters.

Not that he didn&#8217;t enjoy playing anymore, but he said he feels players have become too selfish.