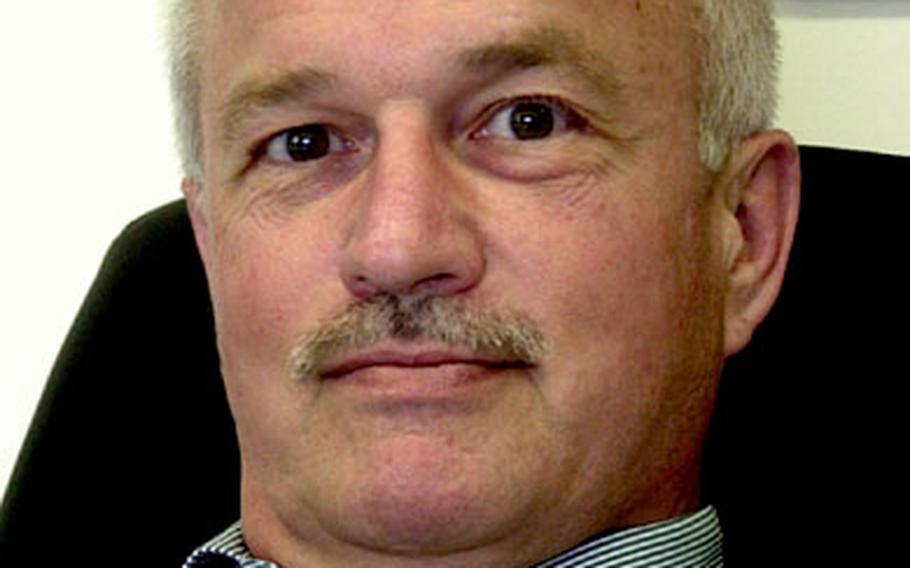 TORII STATION, Okinawa &#8212; Don Hobbs&#8217; new career with Department of Defense Dependents Schools-Pacific grew out of the classroom and the coaching spot he occupied for most of the past two decades.

Now, having been named to the new position of FEAC activities coordinator, he will run that very same panel &#8212; and shoulder all its responsibilities.

&#8220;I hope to, if anything, make sure and be of assistance&#8221; to Far East tournament and activities directors &#8212; people he says are of immeasurable worth to students.

&#8220;He&#8217;s a perfect fit for the job,&#8221; said Seoul American girls volleyball coach Denny Hilgar, Hobbs&#8217; longtime friend. &#8220;Directing as many Far East tournaments &#8230; has given him valuable experience and exposure into the logistic and administrative sides of his job. He has had countless hours around coaches, picking their brains, listening to their gripes, all with the intent of bringing better tournaments to those coaches and kids.&#8221;

Hobbs also had to move quickly Saturday to mediate a dispute over a girls volleyball match at Yokosuka Naval Base.

Host Nile C. Kinnick High School was awarded a 15-14 win over Robert D. Edgren High School in the fifth set of a five-set match, despite National Federation rules that mandate at least a two-point victory.

Hobbs sent e-mails to coaches asking them to talk to their athletics directors and officials associations so it doesn&#8217;t happen again.

Hobbs might never have found his way to this role had it not been for a brush with death in 1997.

After coaching the Dragons boys basketball squad one evening, Hobbs was found lying on a sofa in the gym. He complained of chest pains and was rushed to U.S. Naval Hospital Camp Lester. He spent seven weeks at Chubu Hospital in Gushikawa, just north of Kadena Air Base, recuperating from a heart problem.

&#8220;Somebody was looking after me,&#8221; said Hobbs, noting that comedian John Ritter died earlier this month of the same problem, a distorted aorta wall that eventually tore.

Hobbs eventually returned to the math classroom but his coaching days virtually were over. He remained active in sports, though, directing the past three Far East Class AA girls basketball tournaments and the last two Far East Class AA boys soccer tournaments &#8212; moving Bresell to label him a &#8220;great communicator.&#8221;

Hobbs said he misses the classroom but moving into his new post keeps him close to what he enjoys most: being around young people.