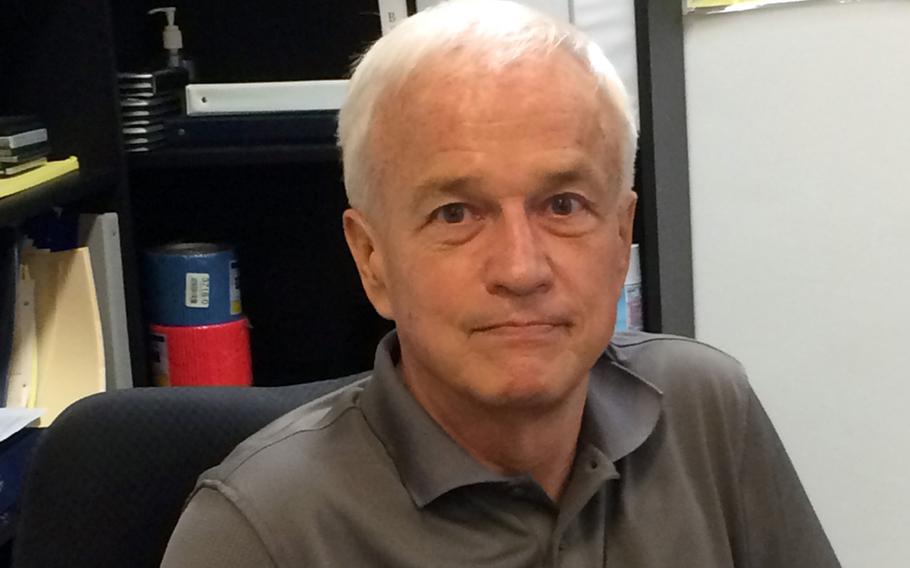 CAMP FOSTER, Okinawa – Don Hobbs, who was was the athletics coordinator for DODEA-Pacific for 13 years and a DODEA employee for more than three decades, died Saturday after a long illness. He was 63.

Hobbs became the first full-time athletics coordinator for the DODEA-Pacific region in the fall of 2003. He had taught at Kubasaki on Okinawa from 1982-2003 and coached Dragons boys basketball for 14 seasons, winning three Far East Division I Tournament titles.

“He was very informative,” said Tom McKinney, a former Kadena cross country and soccer coach who replaced Hobbs when he retired two summers ago.

“Any time I had a question, I would call him and he always had a polite answer for me. He’d do anything for you. He was kid-based. He was a joy to be around, always fun to be around. We’ll miss him.”

A native of Roseburg, Ore., Hobbs golfed and played basketball at Western Oregon University starting in 1972. He then taught and coached at Roseburg High before joining DODEA in Giessen, Germany.

There, he officiated and coached youth activities and also married the former Leslie Peters, also a longtime DODEA employee, in 1978. They transferred to Okinawa in the summer of 1982. They had two children, Vinnie and Midori, each of whom graduated from Kubasaki in the early 2000s.

Ten months after winning the last of his three D-I basketball titles, Hobbs very nearly lost his life, suffering an aortal aneurysm on Dec. 10, 1997, and was hospitalized for several months.

He stepped aside as coach. Four years later, DODEA-Pacific leadership decided to have Far East athletics be managed by a sole coordinator.

He retired in June 2016 and moved to the Seattle area. Funeral arrangements were not immediately available.