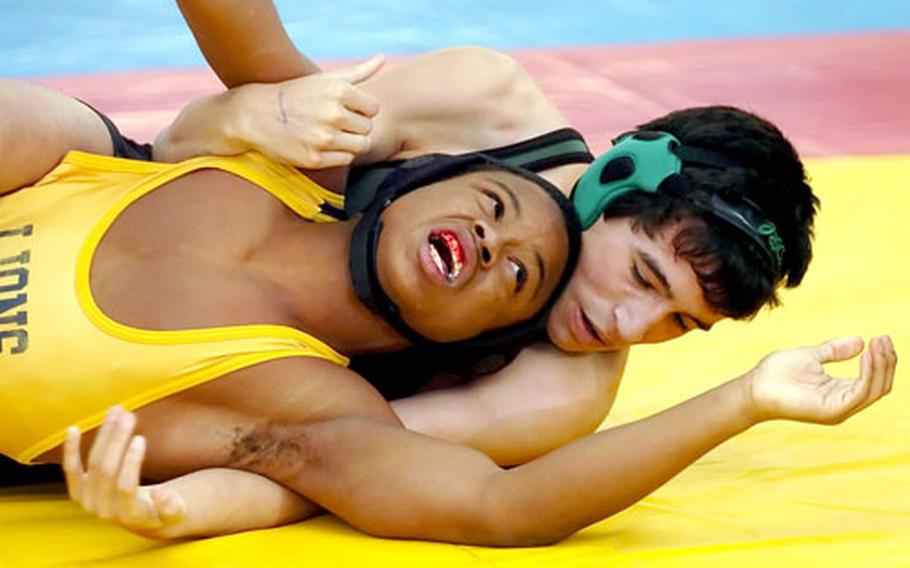 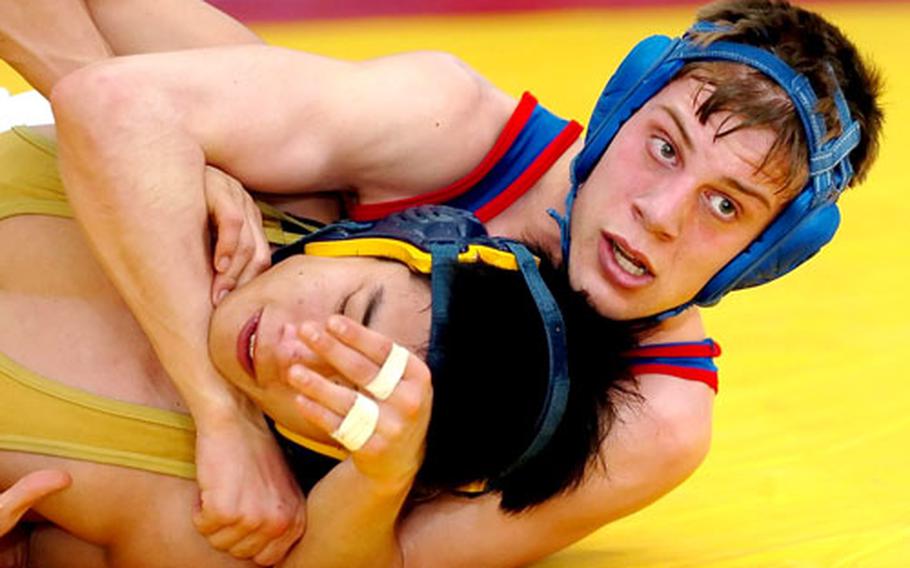 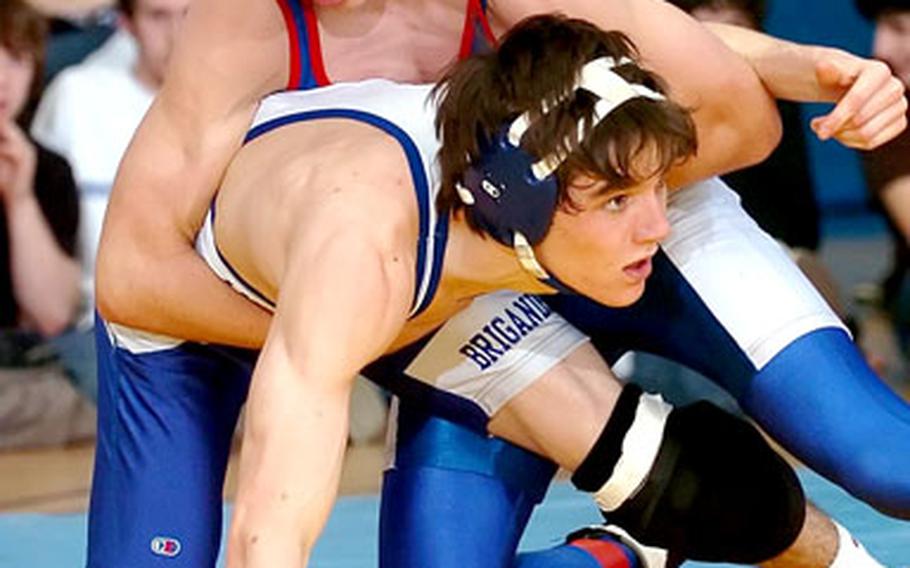 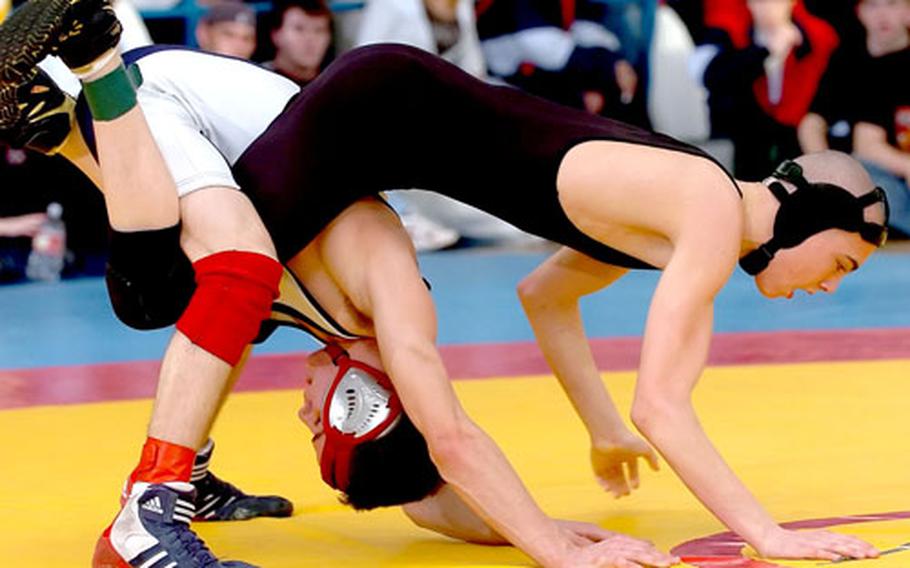 Expectation, however, took nothing out of the joy of the occasion. Scott, who plans to walk on at Iowa State on an Army ROTC scholarship, did a back flip after downing Heidelberg&#8217;s Adam Johnson 11-3 in the 140-pound title bout.

Scott, who collected a fall and another major decision in his earlier bouts, used low-single leg takedowns and punishing rides in his victory.

Attacking was the order of the day for the other two wrestlers who retained crowns, 125-pounder Noah Sheppard of Ramstein and 189-pound king Chad Abramson of Wiesbaden.

Abramson was even more dominating in winning at 189 for the second straight season, pinning Guadalupe Flores of Naples in 1:43 for his fourth fall in his four matches here. None of the previous three matches lasted as long as Saturday&#8217;s &#8212; he spend a total of 4:34 on the mats here &#8212; but Abramson nevertheless was nervous as he awaited the title bout.

Boltz, voted MVP by the coaches in attendance, led 2-1 after one period and 3-1 after escaping from a period-long ride by Reinhart with four seconds to go. He then connected on a single-leg takedown in the third period to make it 5-2 and added a takedown with a countering move with 30 seconds to go.

Johnson handed Vogt his first defeat of the season, but had no answer for Ramstein buzzsaw Chris Maxey in the 135-pound finale. Maxey built a 7-0 lead before collecting the fall at 3:15.

Patch, which crowned champions at the lightest and heaviest weights, won the D-2 crown, 115-105 over runner-up Naples.

Patch claimed gold after sophomore James Ricks spotted Bitburg&#8217;s Jerry Archuleta a 4-0 lead before riding the energy out of his foe in the second period and scoring big in the third period for a 12-5 decision at 103. And Patch senior Brian Bowles sparred with unseeded Sasha Chavez of Kaiserslautern before pinning him in 4:11.

Scott led London Central to the D-3 crown over Hohenfels, and Division IV champion Brussels struck gold with 215-pound champion Eric Popp. Popp pinned top-seeded Brandon Simmons of Heidelberg in 1:12 in the semis, then decked Ramstein&#8217;s Nick Petitt in 1:26 for the title.

Waters, who wants to be a comedian, ran off the mat and raised a WWE-style championship belt just before time ran out. The officials docked AFNORTH a team point for unsportsmanlike conduct.