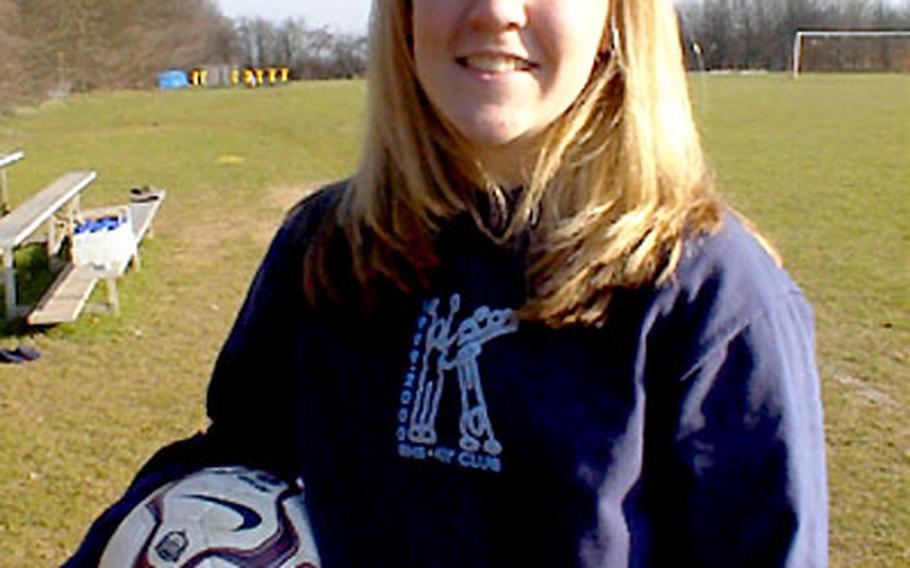 She simply joined the Bobcats boys.

They couldn&#8217;t be happier, and no gender-equity mandate was needed. As a matter of fact, the only people who need to worry about Gallagher are the opposing teams&#8217; goalies.

Gallagher scored two goals in each of her first two games, helping the team to the top of the Division III-North standings as the high school season paused for spring break.

Gallagher&#8217;s confidence undoubtedly grew from her play-making ability, which she hones playing nine times a week for the Bobcats and her local women&#8217;s team for 16- to 30-year-olds, FC Cresham.

Gallagher wasted no time putting the ball on net, scoring twice in the first half of London Central&#8217;s season-opening 7-0 victory over Alconbury.

The tone changed after that big first half.

For all their teasing, Gallagher&#8217;s teammates weren&#8217;t all that surprised at the success of their first-year senior. They voted her a team co-captain before the season got under way.

&#8220;I was definitely surprised,&#8221; Gallagher said of her election, especially since she was playing a new position.

The more physical boys game didn&#8217;t cause her stress.

She certainly managed to settle any doubts about her scoring abilities.

The second goal wasn&#8217;t all that pretty, but it tied her for the team lead in goals with C.J. Nogoy and John Wigandt.

Gallagher followed that performance scoring two more goals in a 5-1 victory at Geissen on Saturday.

Gallagher, who played volleyball for the first time this season and helped the Bobcats to the European Division III title, also has played varsity tennis and water polo. Soccer is still her main interest.