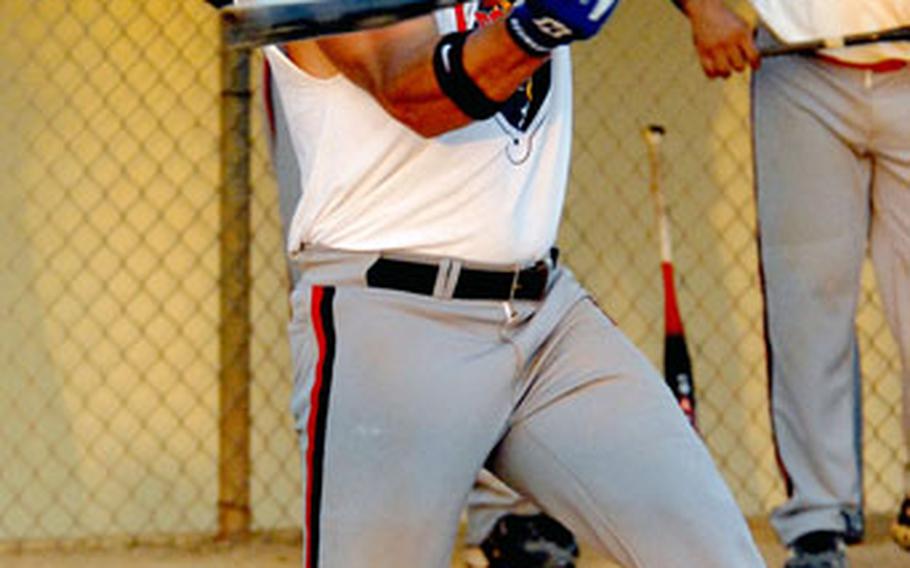 Jim Flagg of Okinawa’s American Legion rips a first-inning home run against the Okinawa Shogun during softball action Sunday in the Kadena Klassic at Kadena Air Base, Okinawa. Legion was the tournament champion. (Dave Ornauer / S&S)

Jim Flagg of Okinawa’s American Legion rips a first-inning home run against the Okinawa Shogun during softball action Sunday in the Kadena Klassic at Kadena Air Base, Okinawa. Legion was the tournament champion. (Dave Ornauer / S&S) 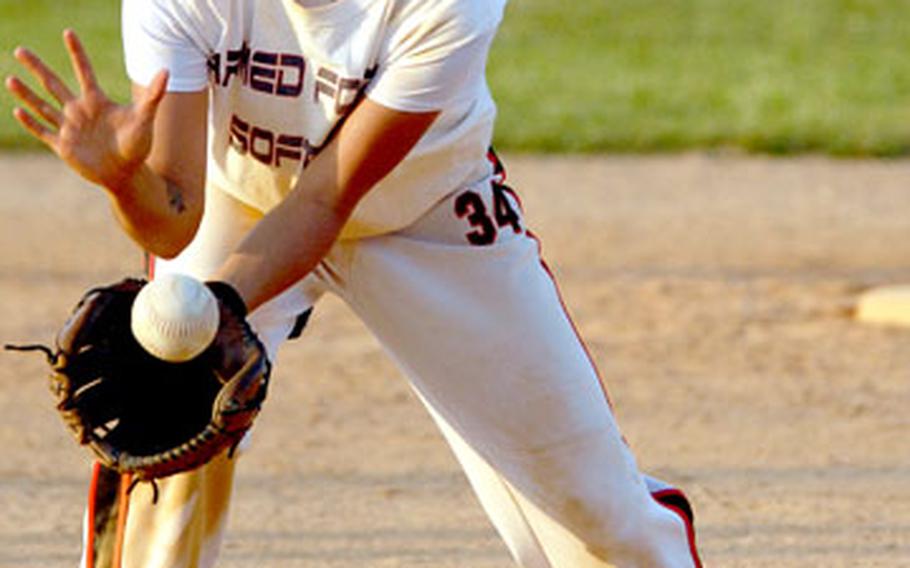 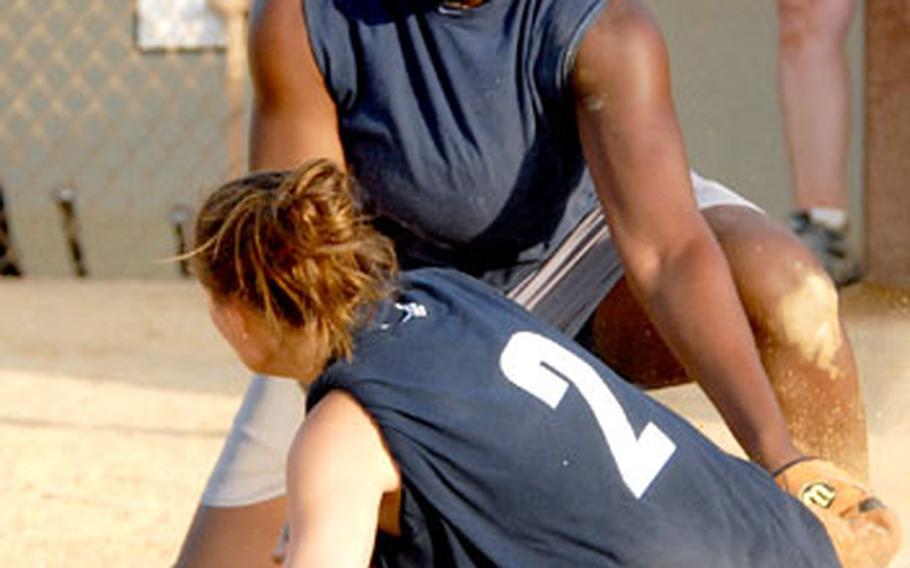 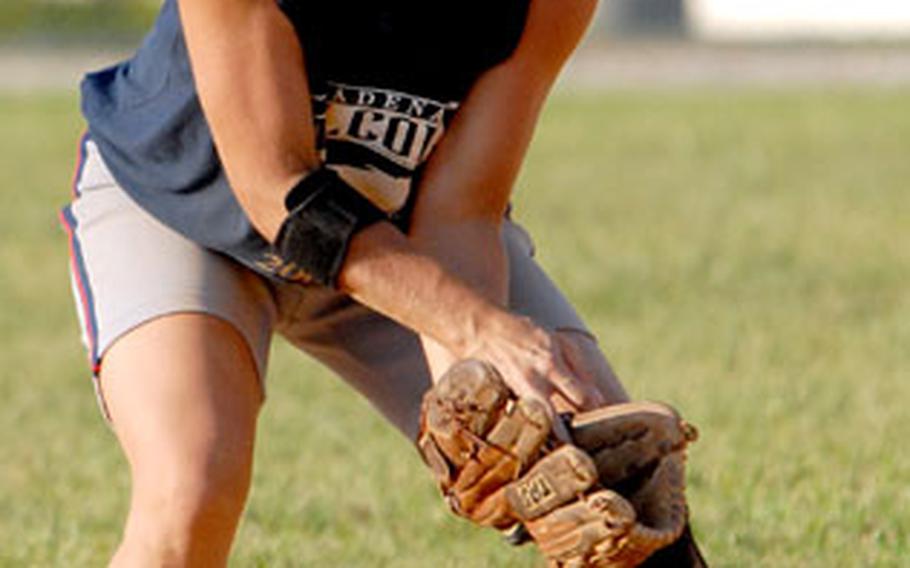 They captured their respective titles in the Kadena Klassic Softball Tournament on Sunday, bringing their total of major Pacificwide open tournament titles this season to three apiece.

&#8220;She (Sears) starts every batter with a strike. That means they have to be swinging. And defensively, we just made play after play,&#8221; coach Al Lozano said of Sears and outfielders Heather Barnes, Renee Cullen, Jennifer Ritchie and tournament MVP Shannon Thomas. &#8220;We work on defense and that&#8217;s what carried us. Nobody compares to us defensively.&#8221;

It got worse for Club Red in the third inning, when once again 18 Legion hitters came to bat. Dan Miller, Alton Hufstetler and Donnie Darling each belted two-run homers and Chris Souza added a two-run single in the inning, giving Legion a 30-1 lead.

Todd Harding and two-time All-Marine T.C. Grey each ripped two two-run shots as Club Red staged a mild rally in the last three innings, getting as close as 33-15, but Darling and Brian Shintaku each belted two-run doubles as Legion put the nail in the coffin with a seven-run seventh inning.

&#8220;The guys played great this year,&#8221; O&#8217;Brien said, citing specifically Legion&#8217;s Typhoon Classic title last month when Flagg, Tom and Chadd Malin were playing for Air Force in the All-Armed Forces tournament. &#8220;Bench guys stepped up bigtime for us while they were at camp.&#8221;

Kadena Air Base 11, Yard Busters 8Lozano&#8217;s charges spread the wealth of base hits and RBIs. Of 13 players used, 11 got base hits and eight drove in runs as the Falcons overcame a Yard Busters team bolstered by the presence of All-Air Force veterans Kischa Scott-McCloud and Latricia Munday, who are stationed in South Korea.

&#8220;Yard Busters put a good team together, but our team has been working together all year, they know each other and that makes a difference,&#8221; Lozano said.

The lead didn&#8217;t last long, as Kadena clawed back with an unearned run and Angela Thomas&#8217; RBI infield single to tie it 6-6 in the third. Erickson and Amy Darling pounded RBI triples to cap a four-run fourth, putting the Falcons ahead for good 10-6.

At FourDiamonds Complex, Kadena Air Base