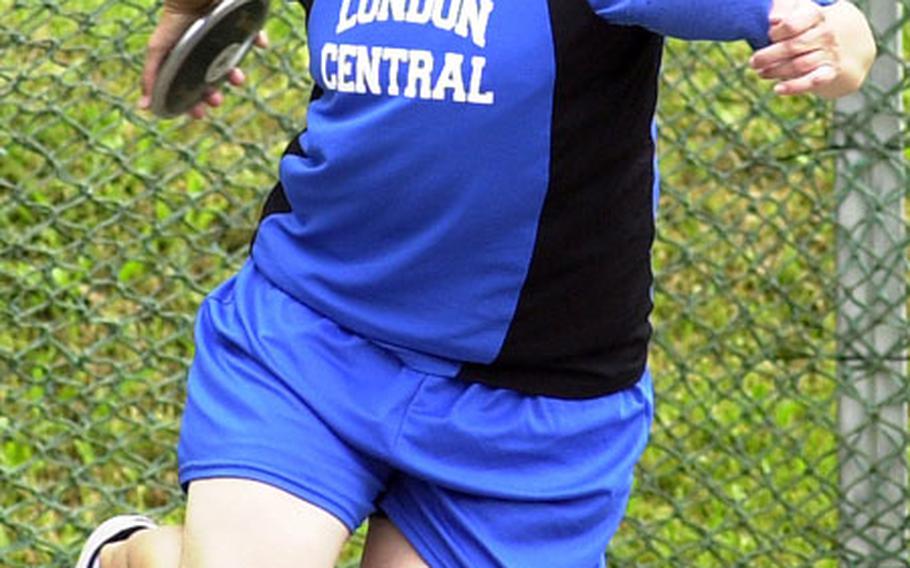 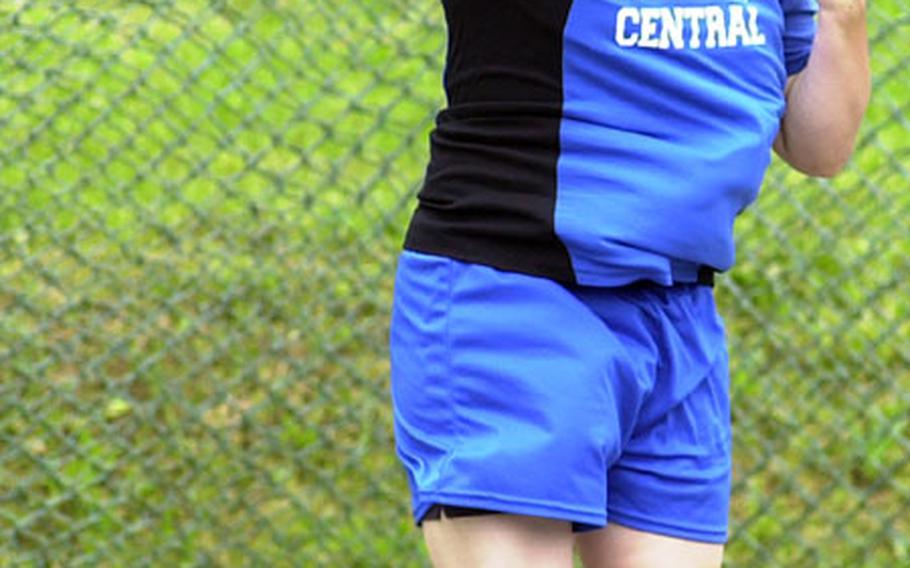 ...and the pitch! London Central&#39;s Nicole Lassetter set a new DODDS-Europe record with a throw of 141-4, beating the old record set in 1982 by more than eight inches. (Michael Abrams / S&S)

Lassetter won the championship last year with a throw of 121-6.

Bitburg High School senior Chris Eubanks was there to cheer on his fellow hurler and saw the winning throw. Just a few moments earlier, Eubanks won the boys shot put with a throw of 46-6&#189;.

Eubanks has his sights on breaking the DODDS record Saturday during the boys discus final. His best this season is 141-2 &#8212; more than 20 feet below the record, which was set in 1980.

The second day of the championship begins at 11 a.m. Saturday at Wiesbaden&#8217;s Berliner Stadium across from Hainerberg Casern.