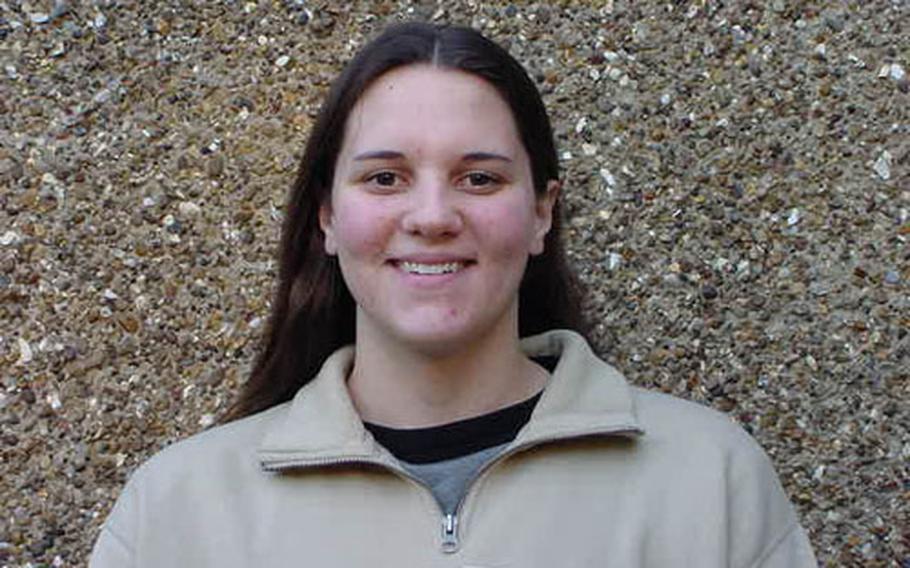 Nicole Lassetter&#8217;s future plans might be up in the air for the moment, but the London Central three-sport star&#8217;s place in the DODDS-Europe record book is firmly established.

Lassetter was named the Department of Defense Dependent Schools-Europe Female Athlete of the Year for the second year in a row &#8212; just the third two-time selection.

During her senior year, Lassetter won every individual award in volleyball, basketball and track before putting the finishing touch on her year by breaking a 22-year-old European record in the discus at last month&#8217;s track and field championships.

&#8220;I was excited,&#8221; she said about winning athlete of the year for the second time, adding that the second was just as thrilling as the first.

Lassetter began the year by leading London Central to the European Division III volleyball championship. She was named the European tourney MVP.

Then came track, where she successfully defended her European discus and shot-put titles, and branched out to become Division III high jump champion as well.

Lassetter sais breaking the discus record was the highlight of her year.

&#8220;I had said it last year that I wanted to break it and started working toward it. I hit the weights and began breaking down each movement,&#8221; she said.

&#8220;Nicole certainly has demonstrated the same type of focus and determination that was evident in the other two athletes,&#8221; said DODDS-Europe athletic director Karen Seadore, who coached against Kirsch and Smith. &#8220;Nicole often was called upon to play every position on the [basketball] team. She never had the opportunity to settle in and develop her skills at one position.&#8221;

Lassetter would prefer not to have to settle in on one sport at college.

&#8220;I&#8217;d really like to go to a Division II school where I could do basketball and track,&#8221; said Lassetter, an honor student who will begin her summer athletic tour by playing in a 3-on-3 basketball tournament in Los Angeles.