Lancers pick up pace, roll to win over Mustangs 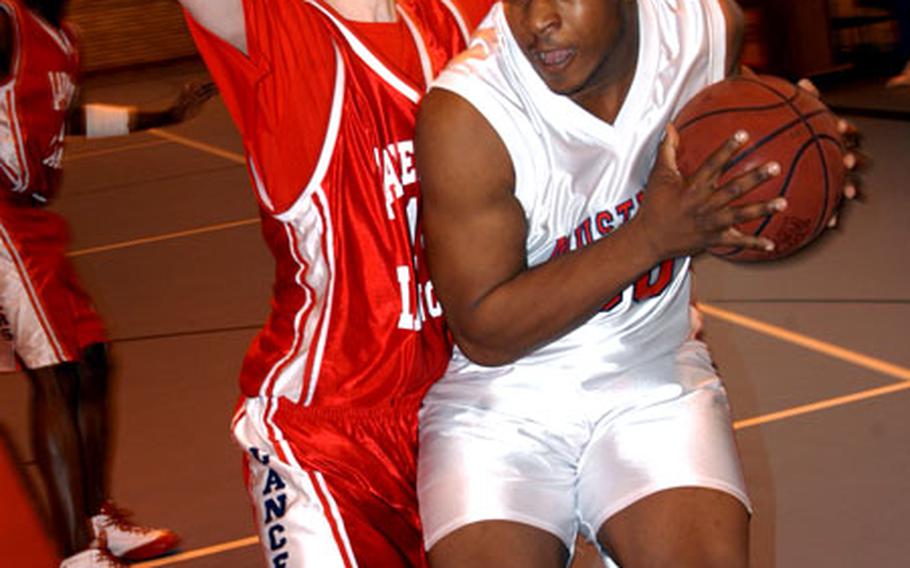 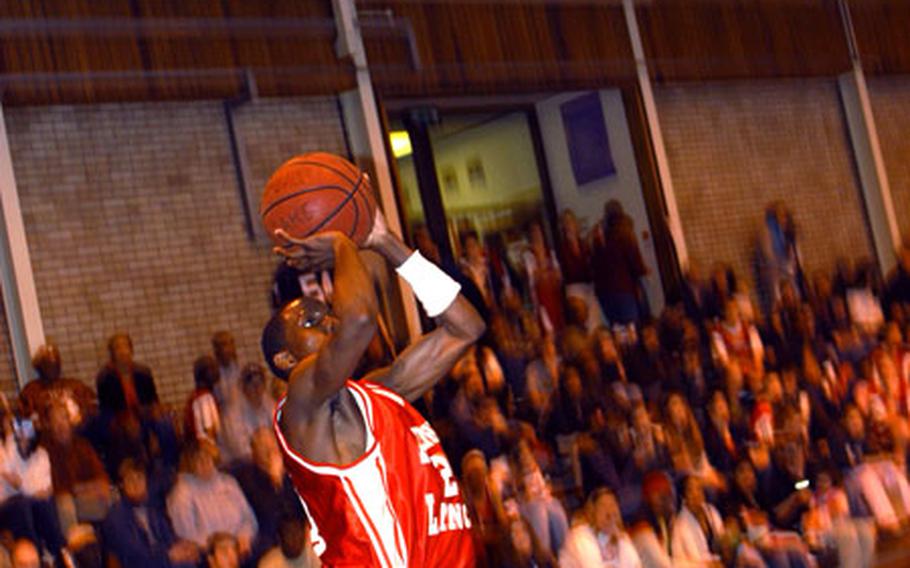 Lakenheath senior Eddie Alford goes up for two of his 19 points in the Lancers&#39; 55-31 win over the Mustangs of Menwith Hill. Alford also had six rebounds and four steals as the Lancers completed a two-game sweep. (Bryan Mitchell / S&S)

&#8220;He drew that charge and that was just the spark we need to break out of our funk,&#8221; Campbell said after the victory that completed a two-game sweep of the Mustangs.

The game was marked by intensity on both sides. Officials had to call for towels several time to wipe pools of sweat from the floor after players dove for loose balls. Jump balls were called frequently.

The shots were falling especially well for Alford and fellow guard Taiyo Robertson, who finished with 12 points, including eight in the third quarter when he hit two three-pointers. Griffis added seven points.

Senior Le&#8217;Shawn Adams paced the Mustangs with 16 points, but two quick fouls in the opening minutes of the second half conspired to keep the powerful forward from playing with his signature aggressiveness.

Adams was the only offensive bright spot for the Mustangs, which had more airballs than baskets from behind the arc. Lyle Dorsey was the second-leading scorer with six points.

On Friday, the Lancers (6-1) won 57-41 behind 12 points by freshman Derek Schipper, 11 by Alford and 10 each by Robertson and Zach Randolph. Adams again led the Mustangs (2-4) with 16 points, while Corey Crane had eight points and seven rebounds.

Alford said the sweep was another step on the team&#8217;s quest to play balanced basketball on its way to the tournament.