Lakenheath's Billington is taking it one step at a time 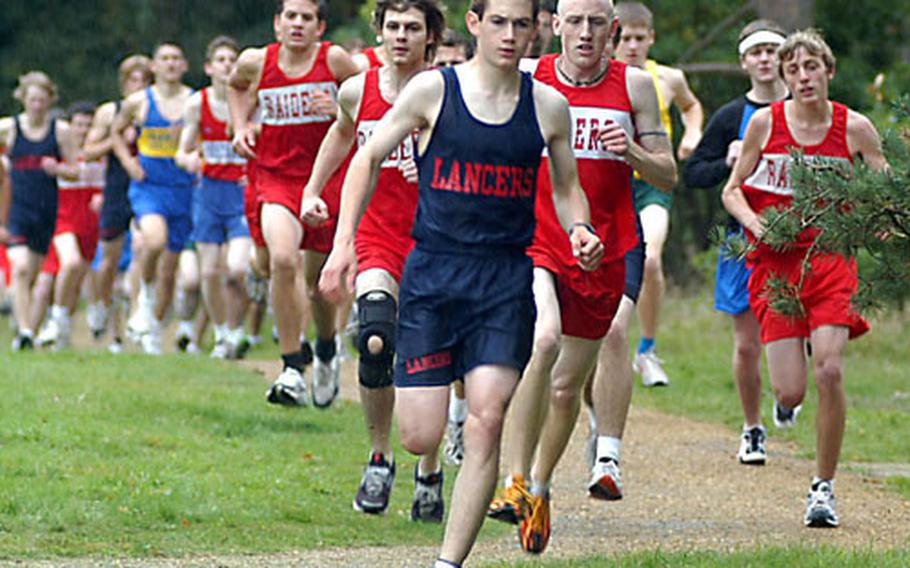 He runs, he says, simply to improve, to lower his time. He runs to stretch his own limit. To test his ability.

Because Billington, a sophomore cross country runner at Lakenheath High School, is probably going to spend a lot of time at the front of the pack.

After all, that&#8217;s why the stopwatch was invented.

He gives the nod for victory to runners at Ramstein High School in Germany. Denny Edwards and Parker Cowles, he said, should be the favorites.

But Billington, son of Karen and Garrett Billington, is likely to figure in the final standings. The improvement he has shown since he began running as a freshman is phenomenal, his coach said.

The coach credits the improvement to a discipline that is second to none.

Billington began running cross country last year after growing bored with track, where he ran around and around the same oval track.

He enjoys stretching his legs across the countryside, just as his older brother, Brian, now in college, used to do. Billington was pleasantly surprised last year to show some running ability. He was determined to improve.

He was accompanied by his mother, who rode a bicycle, while his father trailed along in a van, unable to ride due to an injury. Billington said he&#8217;s not sure the effort helped his running, but it is a distinct possibility.

In addition to biking, he swims several times a week during the running season and every day during the offseason.

In fact, he hopes to combine those three endeavors and compete in triathlons. He has hopes of making it to Olympics in the event.

Billington has many miles to run, bike and swim before he becomes an Olympian, but he is determined to make it a reality.