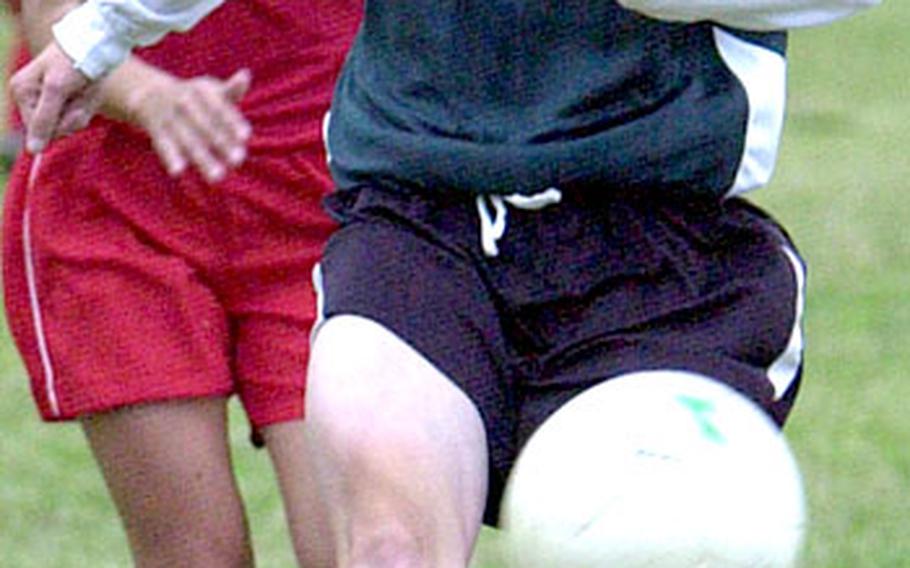 Erin Foote, a senior for Okinawa&#8217;s Kubasaki Dragons, became the latest to get to the plateau after scoring twice in Wednesday&#8217;s 12-0 rout of Okinawa Christian International.

Foote has 11 goals this season.

Foote and Carroll have never set foot on the same field, but they admit they pay attention to each other&#8217;s scoring total.

The two have other goals.