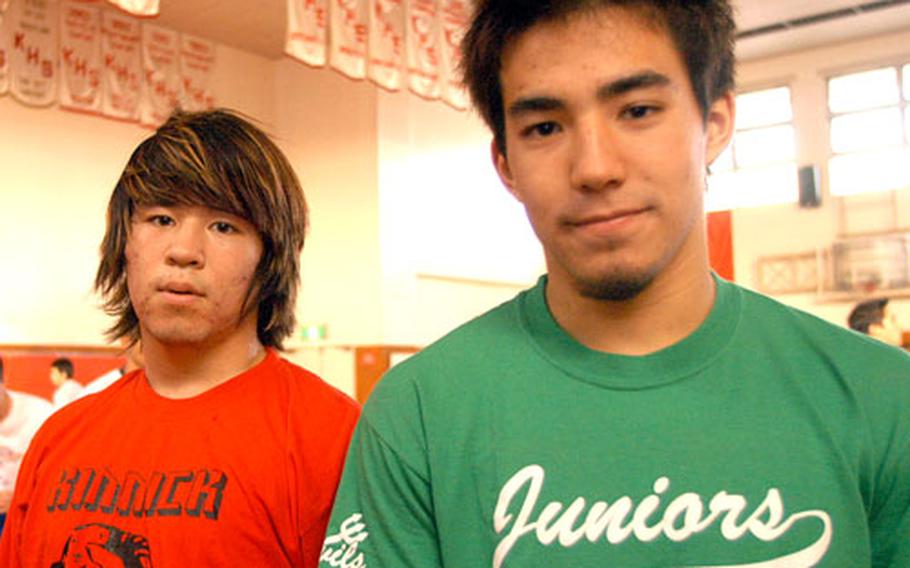 Scott Smith has been gone for three years, a bespectacled, diminutive man who masterminded a Nile C. Kinnick wrestling program that captured three Far East titles in his seven-year coaching reign &#8212; the most successful period in school history.

Yet signs of his legacy are everywhere, current wrestlers and two members of the Red Devils&#8217; coaching staff say.

&#8220;Everybody shows up and gives 100 percent in practice. It shows when we travel to tournaments. We see the commitment from everybody. Even though he&#8217;s not here, it&#8217;s still there. They demonstrate and represent all the things that Coach Smith taught us.&#8221;

Two seasons under Robby Rhinehart, Smith&#8217;s successor, brought Kinnick two Far East dual-meet runner-up finishes. But something, particularly team unity, was missing, said Cibulka and Doughty, who approached Huffer before the season and &#8220;said we wanted to go back to the way it was under Coach Smith,&#8221; Huffer said.

Now, Yamada schools up-and-coming Kinnick wrestlers in technique, fellow assistant Duke Alexander is in charge of conditioning, while Cibulka and Doughty behave as coaches on the mat, supplementing Yamada&#8217;s teaching with stressing the importance of heart.

Beyond Smith&#8217;s mat success was the life lessons he taught his charges, said Huffer, who coached Yokosuka Middle School wrestlers before taking the head coaching job and is attempting to impart those same lessons on his squad.

To Yamada, Cibulka and Doughty wrestling was a &#8220;culture&#8221; under Smith, right down to the pancake breakfasts the coach hosted on Sundays following tournaments or dual meets.

While there, Huffer said he sensed that the family atmosphere and team unity had resoundingly returned. He saw it in the way the team circled up before the tournament and loosened up by cracking jokes, sitting together in the stands, then cramming all 25 wrestlers and coaches in a hotel room that night and went around the room asking and answering &#8220;what-if&#8221; questions.

In no way does he feel slighted, Huffer said, by the devotion his charges show the Smith way. &#8220;I have so much respect for Coach Smith,&#8221; said Huffer, who coached middle school wrestling in Kokomo, Ind., before coming to Yokosuka four years ago. &#8220;He was a great coach. I wish I could have had more time under him. We did some great things here. I have such big shoes to fill. I hope I can be half the coach he was.&#8221;

Having succeeded in the first tournament of this season, Huffer feels only good things lie ahead for his team.

The future looks just as bright, in Yamada&#8217;s eyes. &#8220;It can last if everybody on the team next year, the new guys and people who are juniors today and will be seniors next year &#8230; keep that tradition going. As long as Coach Huffer is still here, it will last,&#8221; Yamada said.