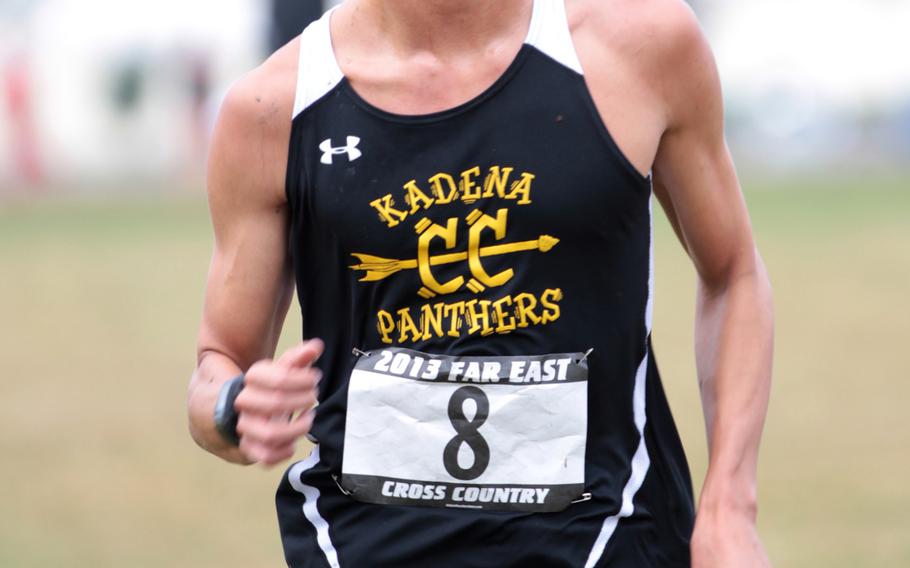 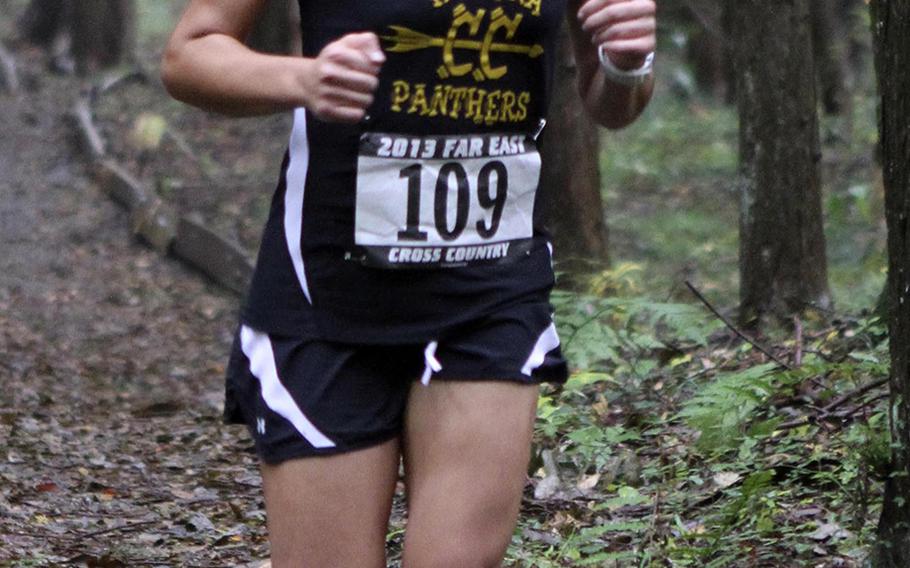 “They wanted to defend. They had the goals setting up the season, they wanted that title and now they want the whole thing,” McKinney said, alluding to Tuesday’s team relay that would give Kadena a second straight clean sweep of all D-I events.

“They’ve taken two of them. We’ll see what happens tomorrow.”

What’s happened up to this point, Kilkenny said, was “better” than when he and Hernandez won their first titles a year ago.

“Ana and I and the team worked a lot harder (because) we knew the other teams would come after us,” Kilkenny said. “We didn’t give up. We kept working hard and coach McKinney led us to another championship.”

Kilkenny had run the fastest DODDS Pacific time this season, 16:08 on Oct. 16 at Kubasaki.

“I told the runners you won’t get the times that you’re used to getting, but just run your race and you’ll finish where you’re supposed to be,” McKinney said.

Hernandez, with the fastest time in the Pacific of 19:07 set on Oct. 16, was timed Monday in 21:09. She, too, said she was going for placement rather than speed.

“I feel really accomplished,” she said. “I feel like I really did my best. That was my goal for the season, to go back-to-back.”

Repeat championships were also the norm in Division II, conducted concurrently with the D-I races.

Kanto teams dominated pool play, with ASIJ and Seisen International each going unbeaten and Nile C. Kinnick, runner-up the last two years, going 5-1. Academy of Our Lady of Guam, the island champion, won out on a three-way tie-breaker to take the top seed out of Pool B.

The Division II tournament at Camp Zama had the host Zama American Trojans unbeaten after one day of play, but a big surprise surfaced in Humphreys, in its first Far East tournament.

The Blackhawks won three of their four matches to finish tied with Korea rival Daegu for second in the standings. Pool play wraps up Tuesday and the double-elimination playoffs begin Wednesday.